On the Road Again

How come Willie Nelson sounds so happy when he is singing "On the Road Again?"
Hello from Quartzsite, AZ. We’ll be here for a couple of days. Had an interesting day today to say the least. Did you know there is a town in Arizona named Blouse – rhymes with louse? But that is for later.
It was pretty cool in Vegas when we got up this morning. Here is Bill in his long sleeve velour shirt and jammies. Getting a coffee fix. 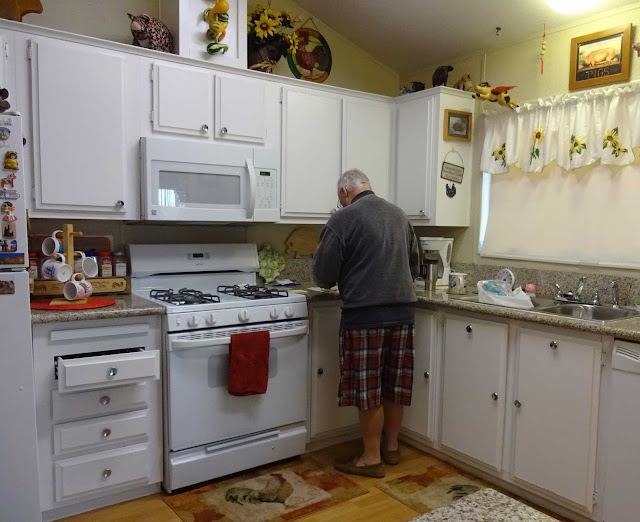 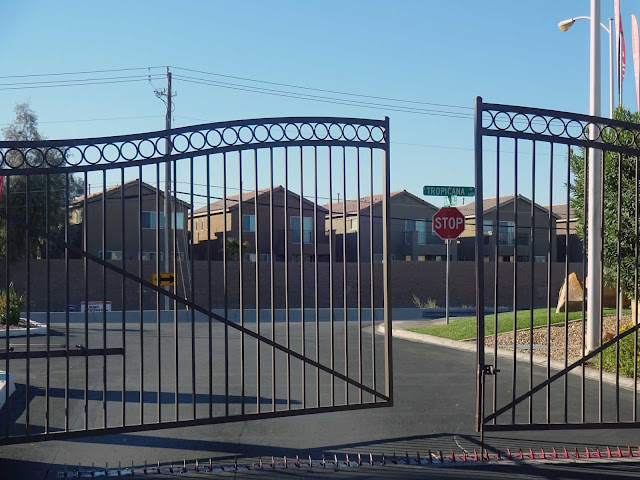 But then we stopped for gasoline, so we really got on the road at 9:30. And almost immediately I made a mistake on our route. For some reason I thought we could take Boulder Highway all the way to the 95. Oops, need to follow the signs that say Boulder City and get on the freeway for a few feet. From there on it was pretty smooth sailing. Even got slowed down to 25 with no problems going through Searchlight. On to the I-40 to Needles then south on a two lane to Vidal. Lots of small hills and curves and dip after dip. 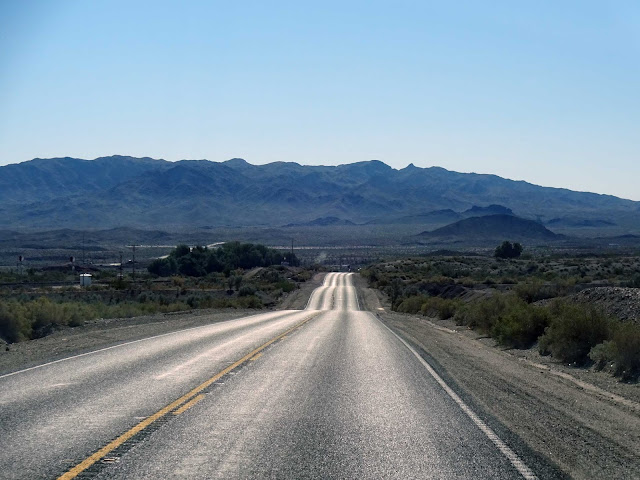 Just enough to keep everyone from passing. We were behind a travel trailer that was going just below the speed limit. Had a long line of cars, RVs and trucks behind us. No one got around any one till we made the turn east at Vidal.
Even the scenery improved then. 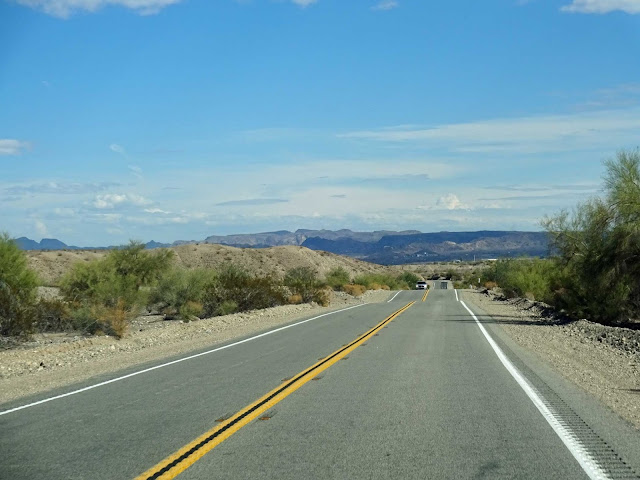 Crossed the river over into Arizona and through Parker. Why do I mention Parker - well because 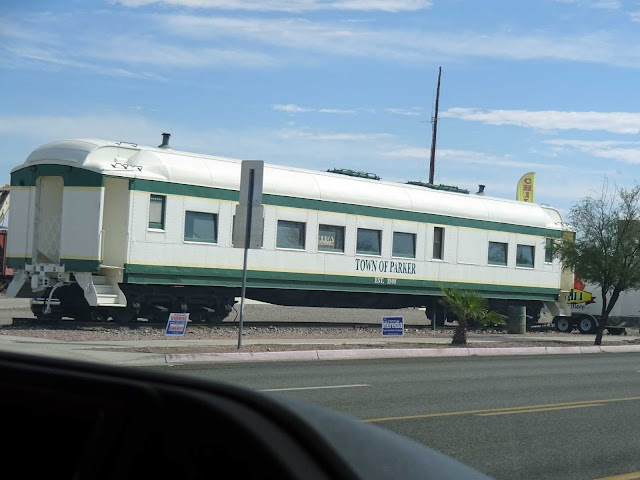 Just outside of Parker the 95 splits with the 72 going off of it. As many times as we’ve taken this road would you believe we missed the turn! And it has a traffic signal! We’re driving along and I happened to pick up the GPS – couldn’t figure out what it was telling me. Why would we have to take a turn and go back towards Quartzsite? On a small weird road? Then we came to the outskirts of Blouse. What? I don’t ever remember going through Blouse. Again the GPS was telling us to turn right and drive through the desert…So we stopped and asked a guy, "How do we get to Quartzsite." I could see the “what dummies” going through his mind. “Well make a U-turn and go back to the signal and then turn left. That will be the easiest way.” Thank you. U-turn made and then we drove 15 miles back to the signal. 15 miles! How did we not know where to go at a SIGNAL? When we've been this way several times before.
Making the turn to the left onto 95 was a rather sharp turn. We heard something slide and then bang on to the floor. I got up to look…and learned something I’d better put on my ‘what to do before leaving’ list. I’d left the cover to the large part of the sink on the counter. Didn’t realize what damage it did until we got parked.
We are in the Shady Lane RV park in Quartzsite. Got settled in at 2:00. Good internet, pull-throughs and level sites. As we were setting up I realized the kitchen sink faucet was broken. Also a nick in the vinyl flooring. Crap. We were heading to a restaurant to eat when we saw a mobile RV repair place. Stopped and spoke to the man, Mark, of Mark’s RV. He said no problem he could put in a new faucet. And we could buy a new one at Herbies Hardware.  So… we now have a really nice kitchen faucet to the tune of $105 for the faucet and $90 for the labor. When Jayco built this coach they never meant for the faucet to be changed. There was no easy way to get to it. It can't be reached from under the sink. He had to take the side drawers out and work through the tiny drawer openings. 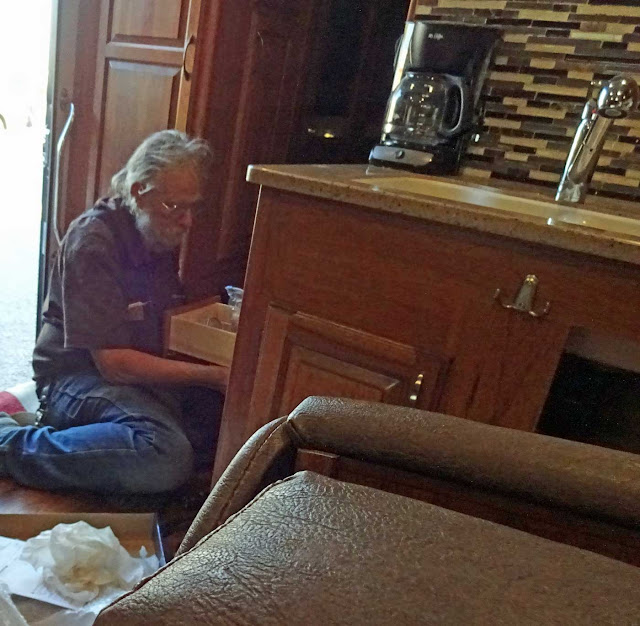 We want to really thank Mark for his persistence.
Also we can’t get our automatic leveling jacks to work. Seems to be an electrical problem. Will go on line to manufacture site tomorrow to see if I can figure them out. They worked last time we used them.
We had a good meal at La Casa right across the street from the park. Bill had a patty melt and I had a hamburger. Both really good.


And so ends our first day on the road. We are all settled in and watching TV. Soon to head to bed. More adventures tomorrow.
Posted by Carol and Bill at 7:27 PM

Sorry for all your rv issues.