A half an hour of time in Mazatlan

Yesterday we did a whole lot of nothing. Watched two soccer games in the morning. I made ensalada ruso - a potato salad with hard eggs, carrots, peas and corn -for Bill. Yes, I actually do cook once in a while.Then I looked out the window and thought it might be a pretty sunset so we jumped in the Jeep and went up the road a bit to the lagoon next to Rui Hotel.
First picture is 5:16 p.m. I almost walked the length of the lagoon to see if I could find him/them. 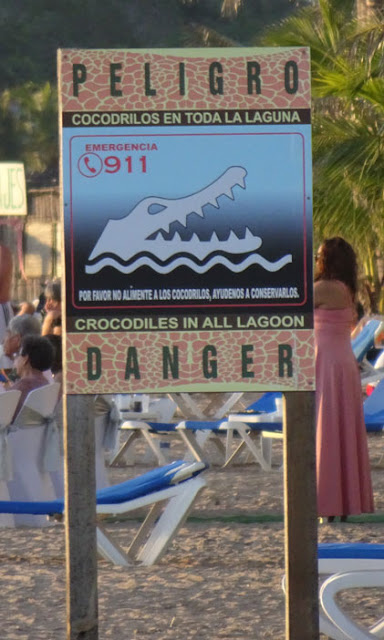 The water was really low - almost not enough left to hide in if I were a crocodilo. 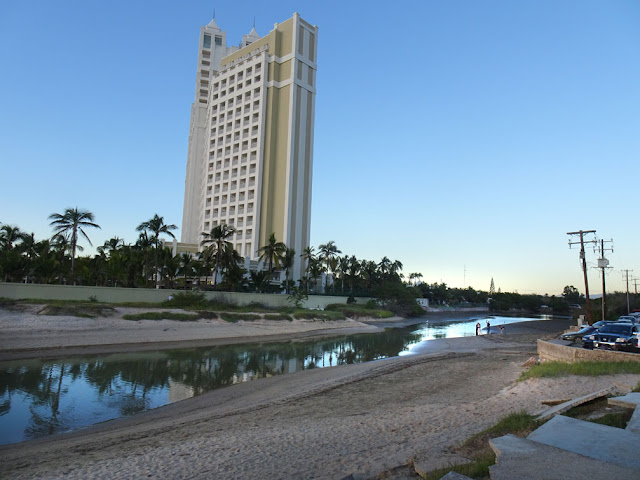 As we were standing waiting for the sun to set. A band, member by member, showed up and walked across the sand and through the water to the beach in front of the Rui. The tuba. 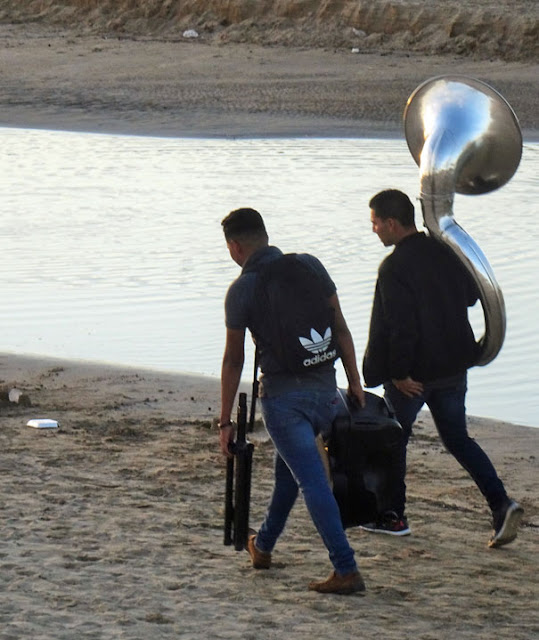 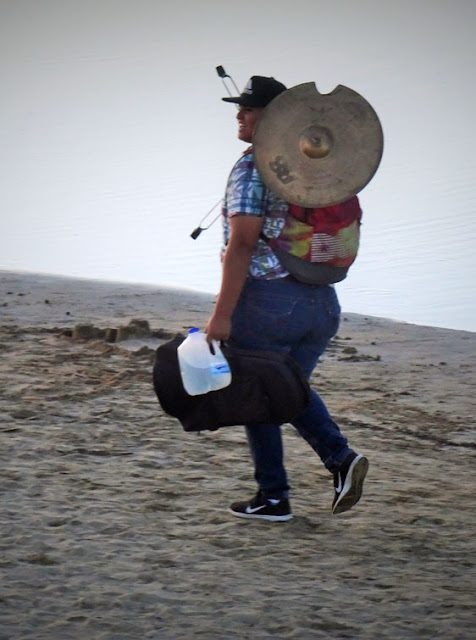 And a horn player. 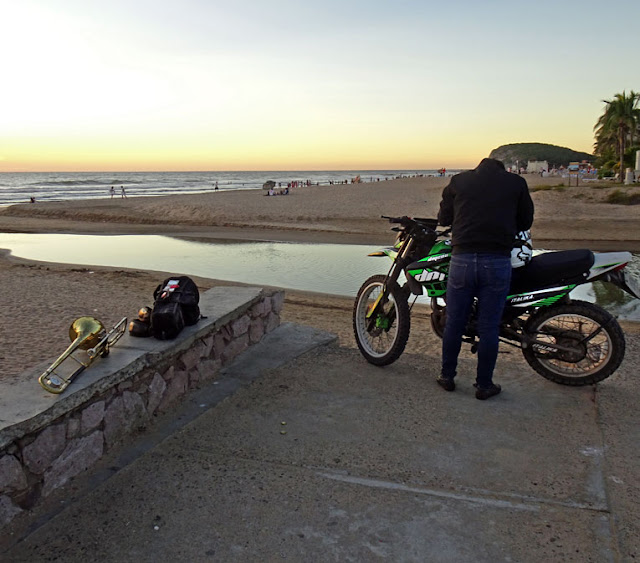 Hum...we're going to get our feet wet! Usually the sand makes a walkway through the water. Last night there was a break in the sand bridge. 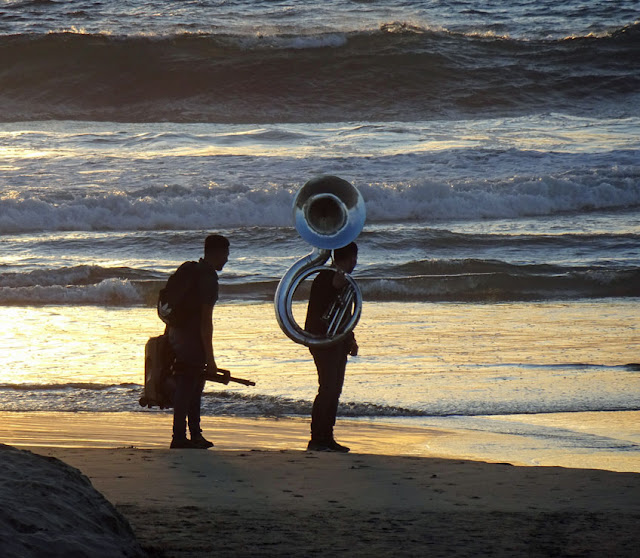 Behind us on the edge of the lagoon. A bride and groom maybe, getting pictures taken. For one picture they were embracing. 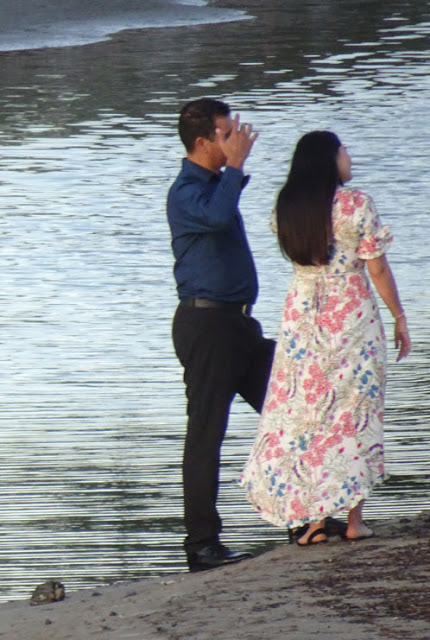 The sky is starting to get some color. See the break in the sand bridge. 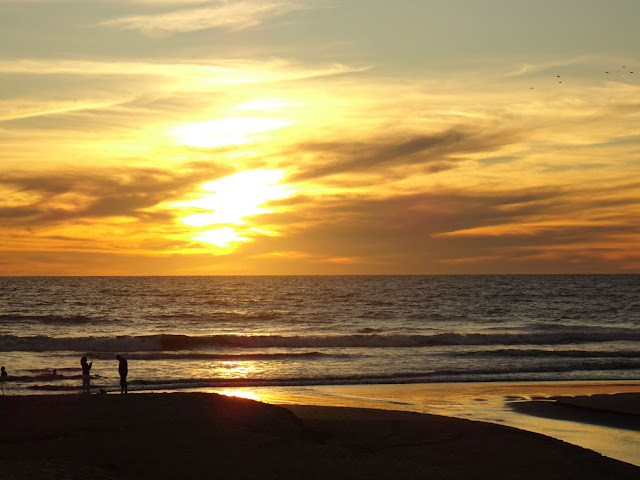 I could hear music from across the way. Looks like the band is getting set up. Also looks like there must be a wedding party or a 15th birthday party going on. 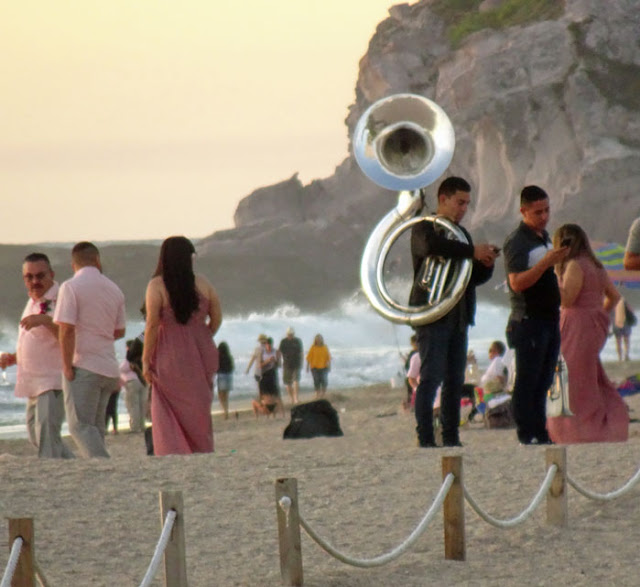 And there is the  bride. 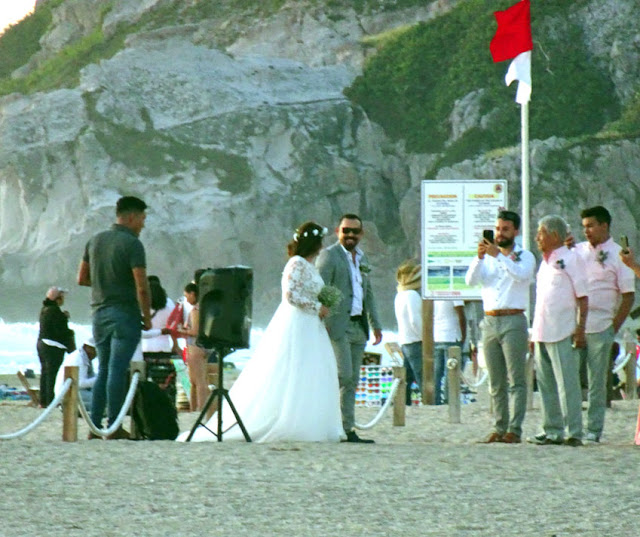 And here comes another bride and groom, heading back towards their car. Looks like Mom is helping holding up the pretty dress. Is she crying? 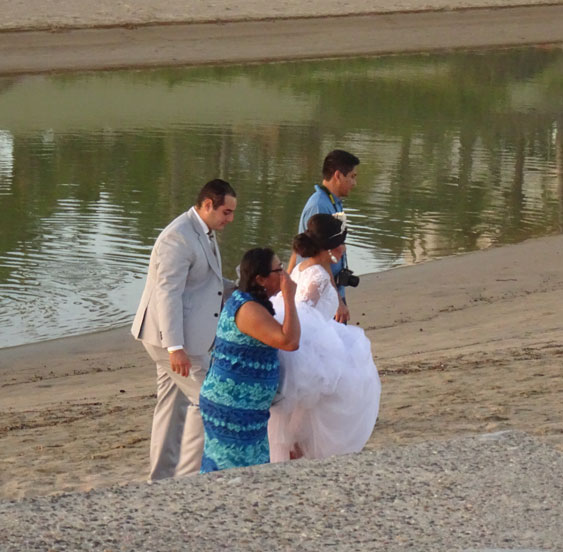 Usually when we come here to watch the sunset there aren't many cars here. Only the ones belonging to the vendors on the beach. Barely found a place to park yesterday. Most of the plates on the cars were from out of town. 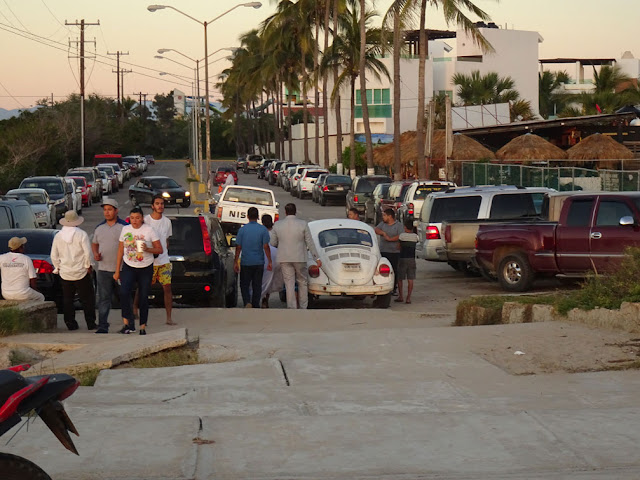 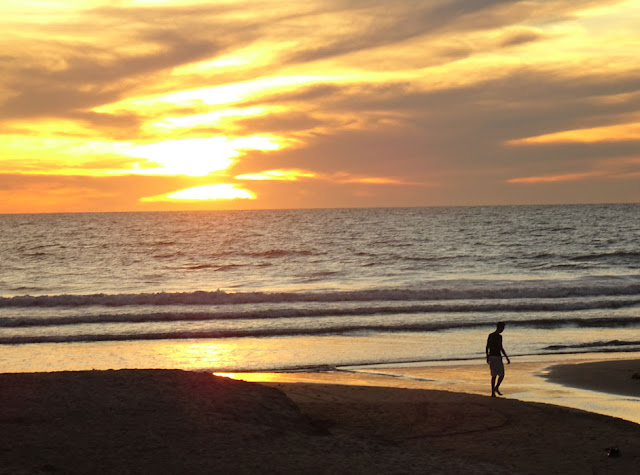 Some of the vendors coming back to their cars after a day on the beach. Hope they had a good selling day. 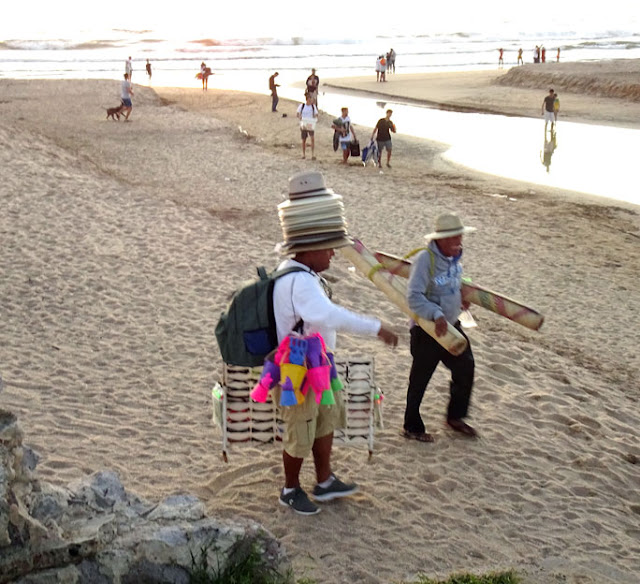 More color and a bird. There were too many clouds for a spectacular sunset. But I'll take what I can get. 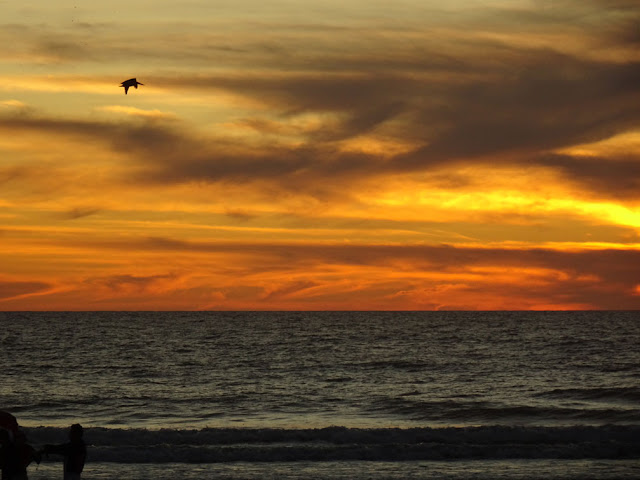 Finally some of the wispy clouds in the sky turned red. Looking south. We left then as the wind had picked up and it was getting cold. Time - 5:45 p,m,  A half hour in time and we experienced so much of daily life in Mazatlan. 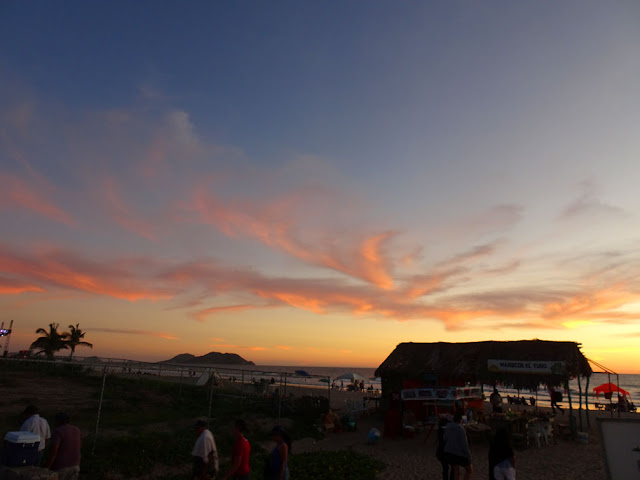 Then home to have dinner and watch TV. When is the Hallmark Channel going to STOP showing Christmas movies. That train has left the station!
Our friend, Mark, from Canada arrived later in the evening to his condo across the street. Made plans with him for today.
Posted by Carol and Bill at 1:35 PM

Good grief......I can't even tell you how jealous we are. Remember when you and Bill drove us to the Rui when our family came down??? Miss those days. Oh well off to work. Only 360 more days til retirement....not that I'm counting!

Glad you enjoy. Yep remember when your family was here. 359!