Sunset, Sunrise - I know that is backwards.

Did you ever have one of those days when you woke up crabby?
I did today and it isn't wearing off. Bill is hiding from me. Good choice. Did a little sewing today and spent an hour setting up a new tablet for Bill's drone. It started out speaking Spanish, then trying to get it to English it switched to French. Shut it off and walked away from it. Went back to it about an hour later and finally got it to speak English. Then had to load four apps to be able to go to Google Play Store so we (I) could download the drone app. Of course google didn't want to cooperate with signing in. So ended up having to get a new password. Lets just say I can't write it on here, and it was exactly what I wanted to tell the tablet and google.
On to a calmer note this was last nights sunset. There are really too many houses in the way to get a good picture. But these will do. 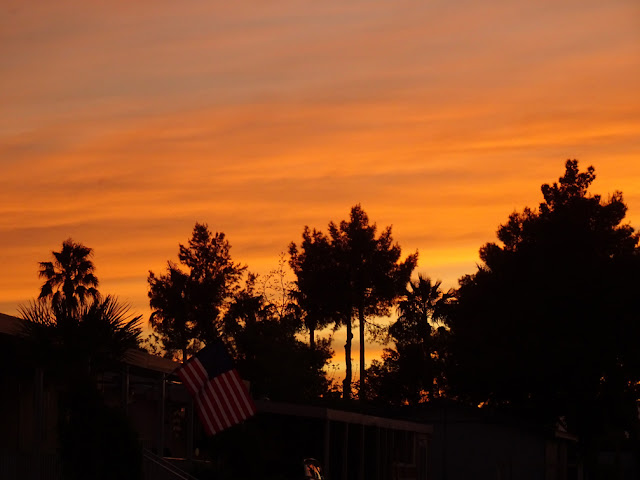 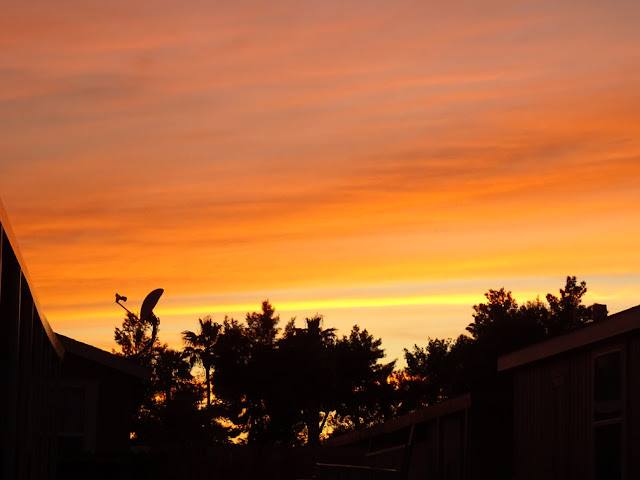 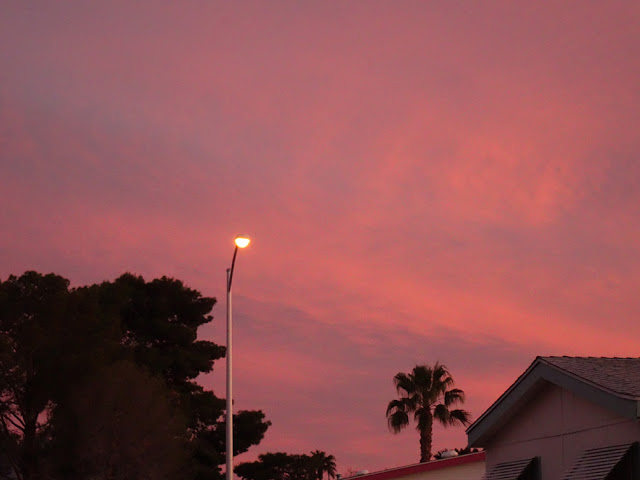 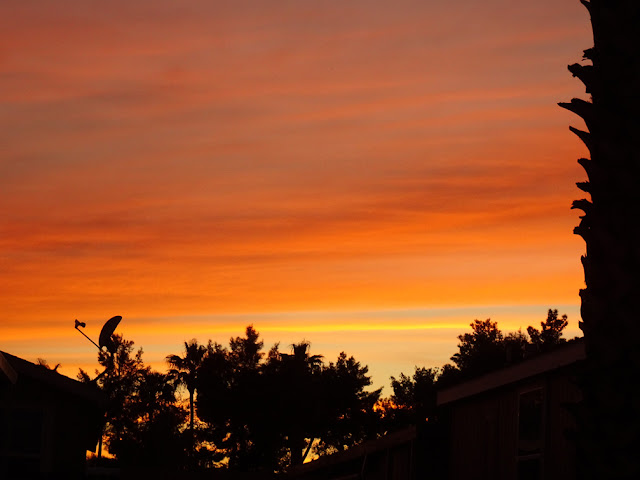 Gave the desert an eerie look. 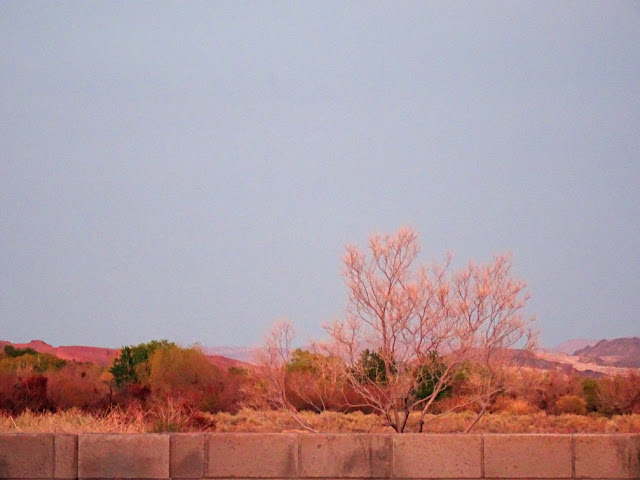 This mornings sunrise. Not really spectacular but pretty nice out over the desert. 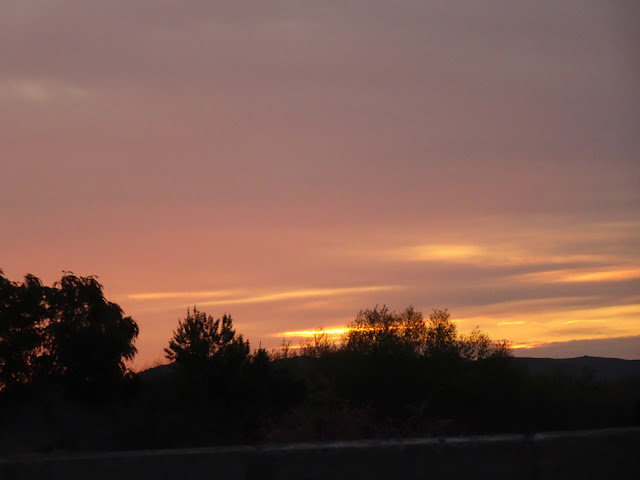 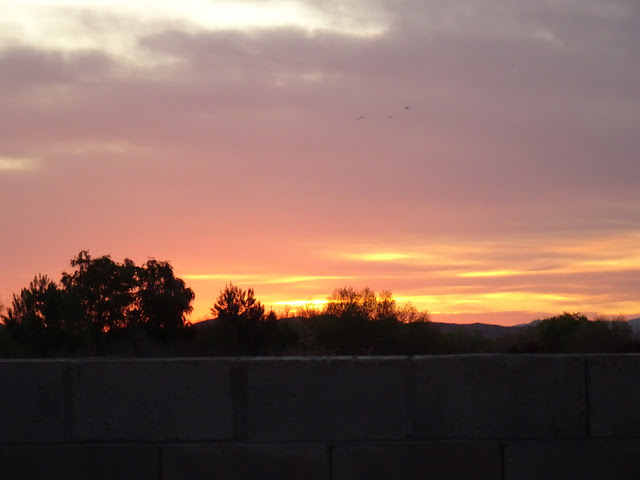 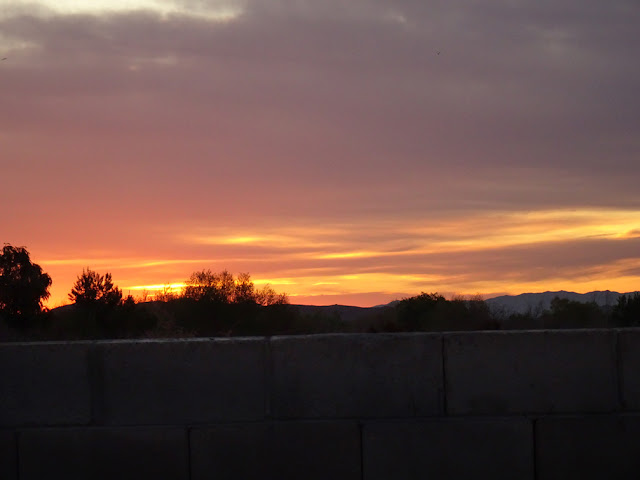 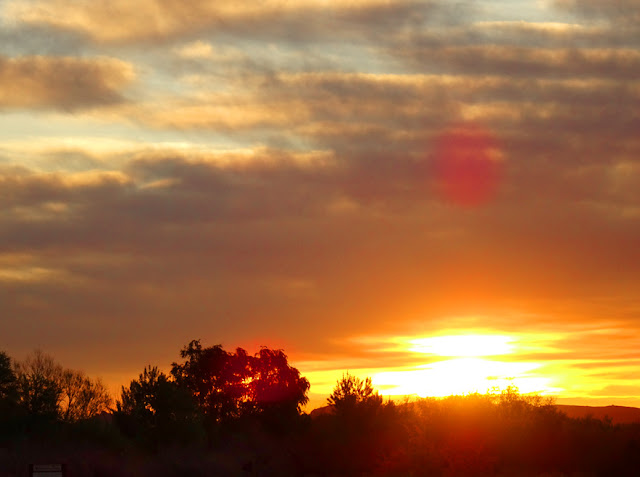 And that was today. Working on my puzzle in bits and pieces. Someday I'll finish it. Got up to over 80 today, first time since November 19th. But won't be the last. And expecting rain again in a few days.
Got all our winter mail today. Mostly stuff that wasn't too important.
I'm wondering if we are going to have to smog our vehicles this year to renew the licenses. I think all the places that do it are closed. Be nice if we didn't have to. Will find out soon for the RV.
Posted by Carol and Bill at 8:00 PM