This is a three day holiday weekend so I thought there might be a lot of people out and about. I guess we were just out really early. In the car by about 8:15. Very few cars out even in the Golden Zone. 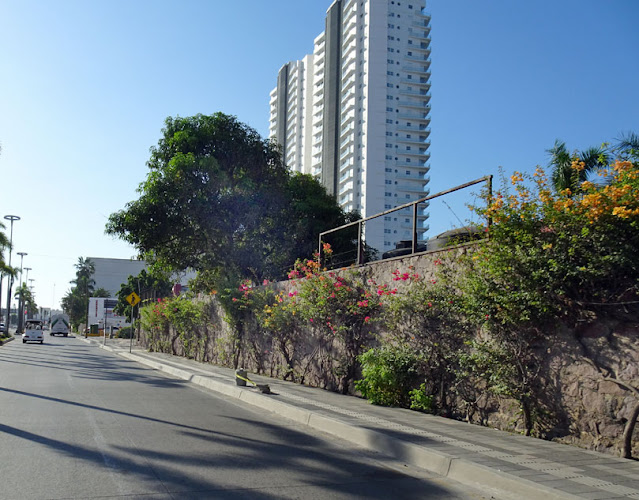 Wow! Not even any one at the Mazatlan sign. The colors didn't come out real good as the sun was in a weird place for good pictures. 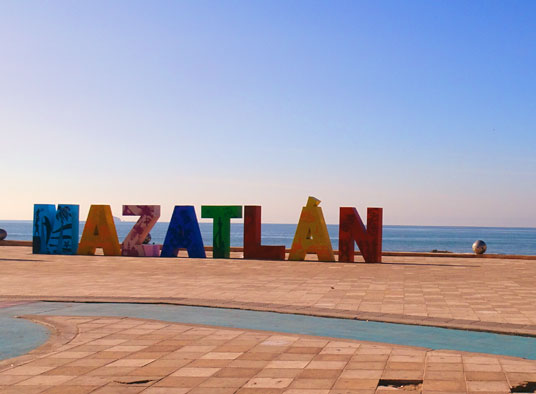 No walkers, no bicycles. 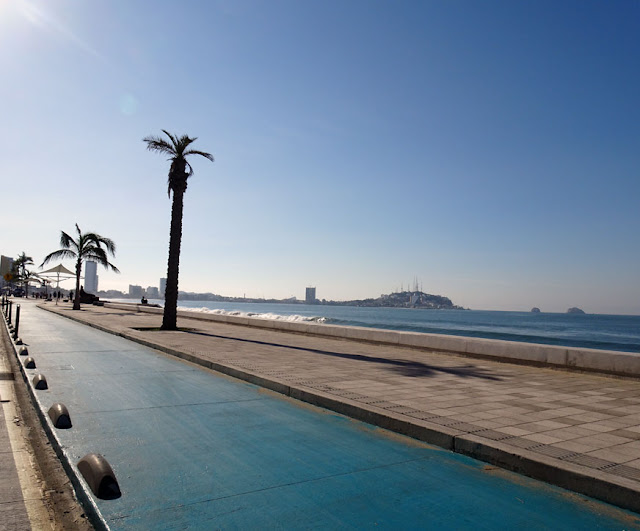 The white and black building on the right wasn't completed when we went home in the spring.  And another high rise going up. So many new ones. Really changing the looks of the Malecon. 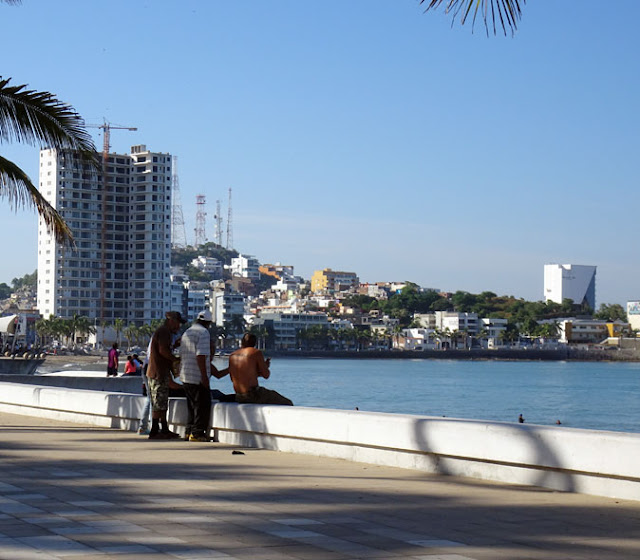 Play ground for youngsters or a muscle beach kind of thing. Colorful 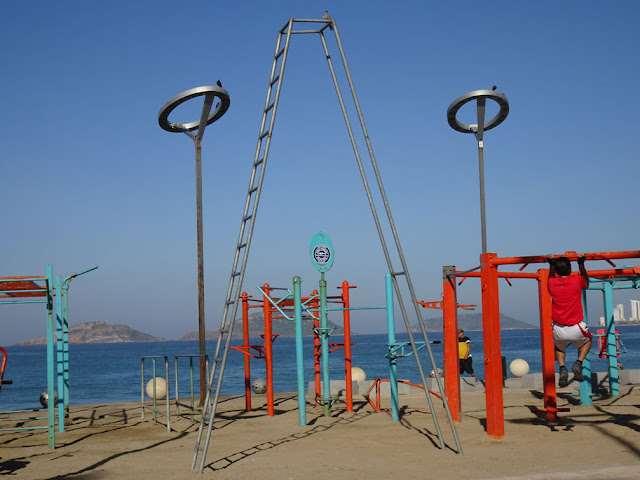 Sitting in the shade looking over the water at the city. 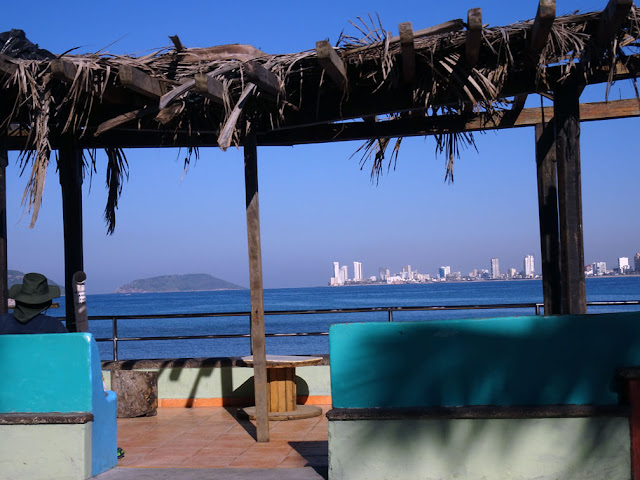 Turned on Angel Flores. Painting the old military hospital - was green and cream colored. Going to repurpose it for several things. Cultural Arts I think and some government offices. 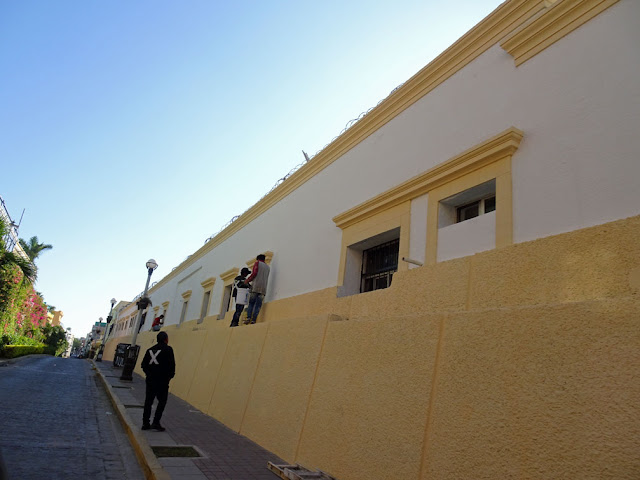 A few of the homes on Angel Flores. 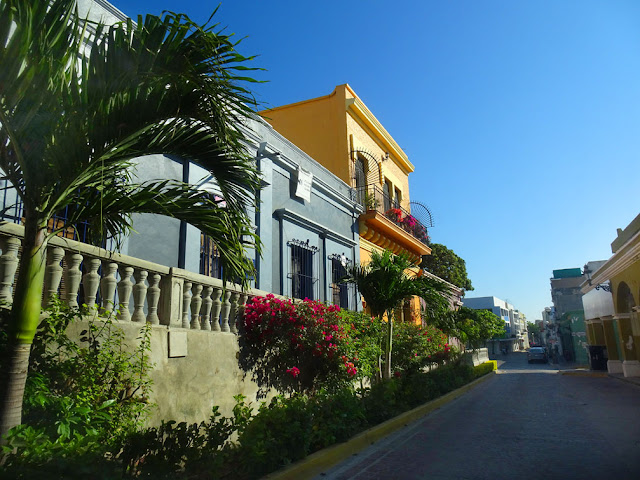 One of my favorite buildings and corners in Centro. The old German Notions building. 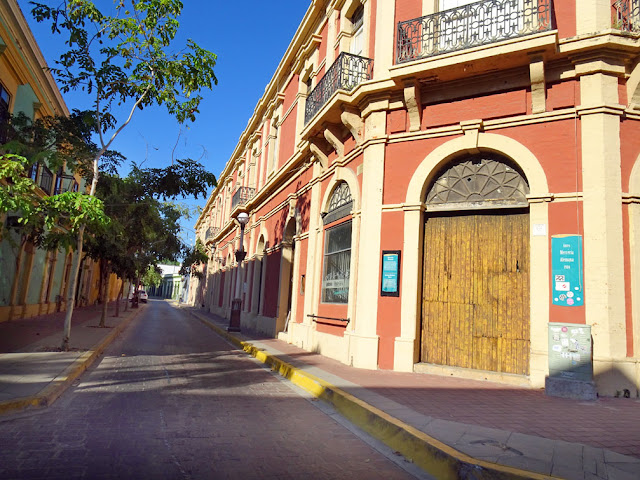 Actually took the picture for the mural which doesn't really show up, but like all the patterns and shapes and shadows I caught. 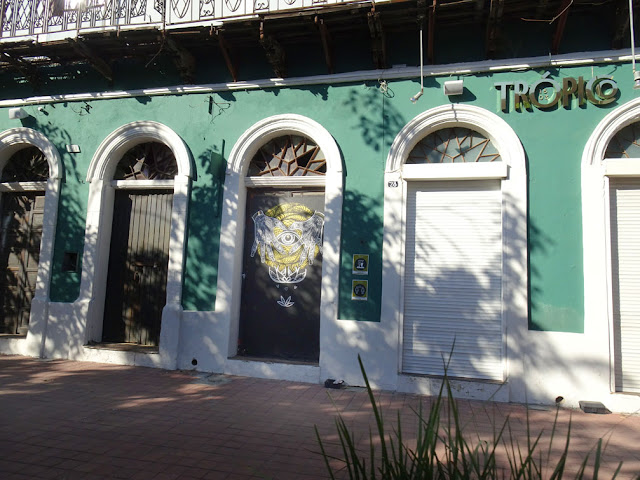 Driving past the Plazuela Machado, no one there either. Day of Dead decorations still up. 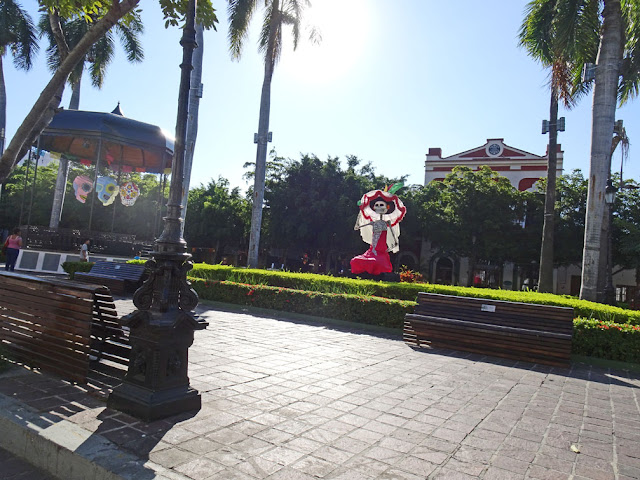 They were getting either a money drop off or pick up. Nice big guns. 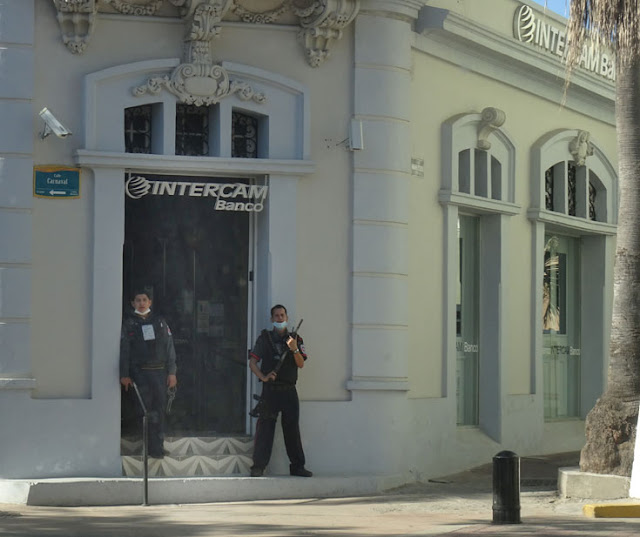 Decided to stop here for breakfast. Actually it was because we found a parking place right across the street. Very unusual.  A very small parking place, but the Jeep fit with his passenger side mirror pulled in. 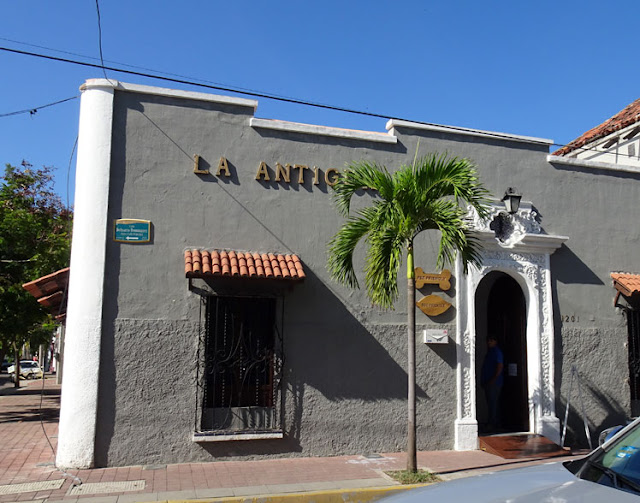 Luckily we were early enough to get a seat in the patio. So nice out there. 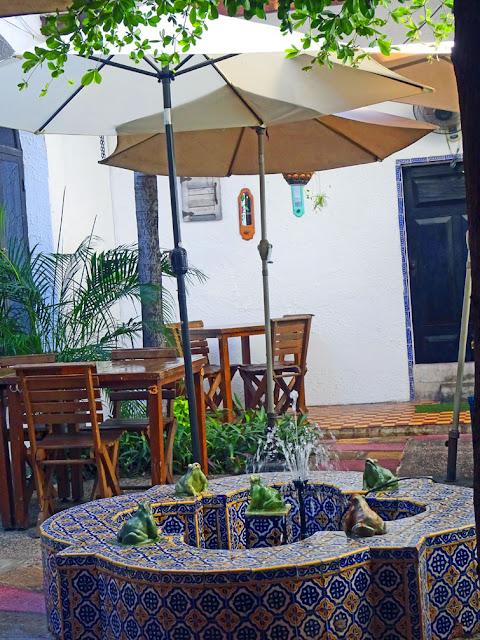 Bill and I both had banana, cream cheese, banana, walnut and whipped cream crepes. YUM!!! Neither of us could finish the whole thing. 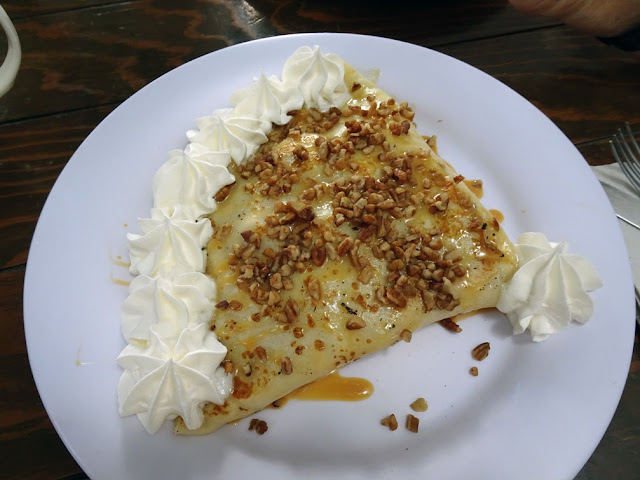 Going back to the car across the street. 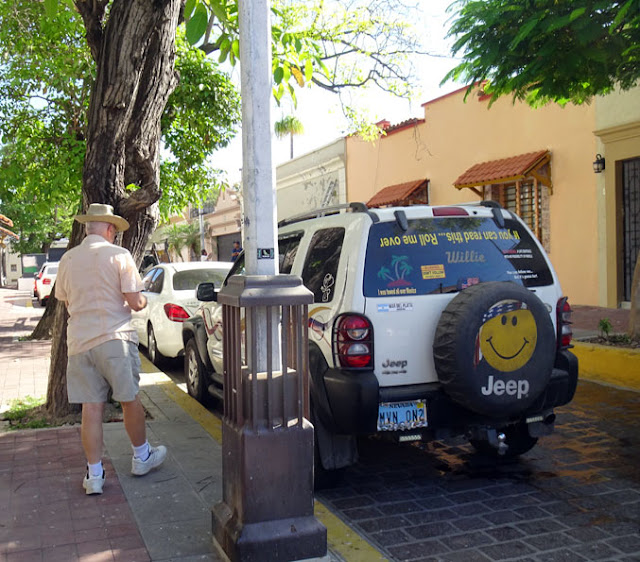 I thought we might stop somewhere so Bill could fly his drone, but he said it was too humid to stop. Quiet drive back to RV. Stayed home all day Sunday. And will not be going anywhere this afternoon.
Posted by Carol and Bill at 12:31 PM

Great pictures; enjoyed seeing them very much. The restaurant where you had breakfast - La Antigua (sp?) - what street is that. Tried to enlarge picture but could not read it. Thanks

Love your header! Humidity will be gone soon.

What happened to fat fish?

Sandy - it is on Bellisario Dominguez. No sure of little cross street
Jackie - it can't go away soon enough. Tired of hearing AC running but couldn't stand it without it.
Fat Fish is still there - but pork doesn't sit well on Bill's stomach any more.