Well for some reason the Internet came on this morning so will try to get this catch up post done. It didn't last long though.

I HATE the drive from Los Mochis to Mazatlan. It is 240 miles more or less - seems like thousands. (Never again!) And it is very expensive in tolls. All toll booths are open, in fact I think there was a new one - and collecting tolls. We spent for RV and car 1054 in tolls this section alone. We left Los Mochis about 10 a.m. and got to Mazatlan at 2:45.

They should pay us to drive those roads. Some construction off and on. The roads were "kind of okay", "bad", and "HORRIBLE." This stretch okay. 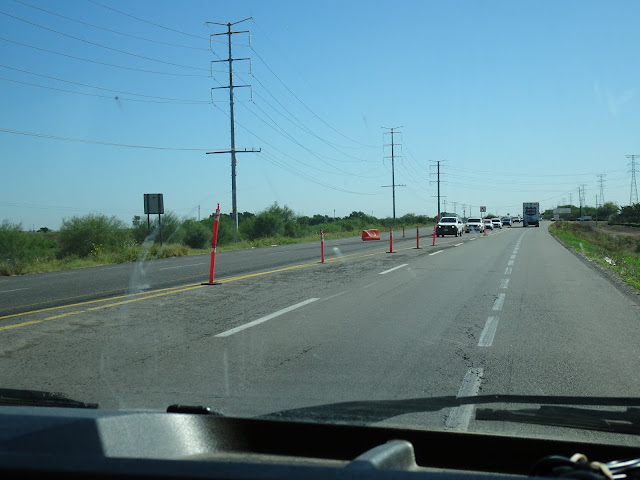 Here you drive half on the shoulder as on coming traffic is in the left lane. 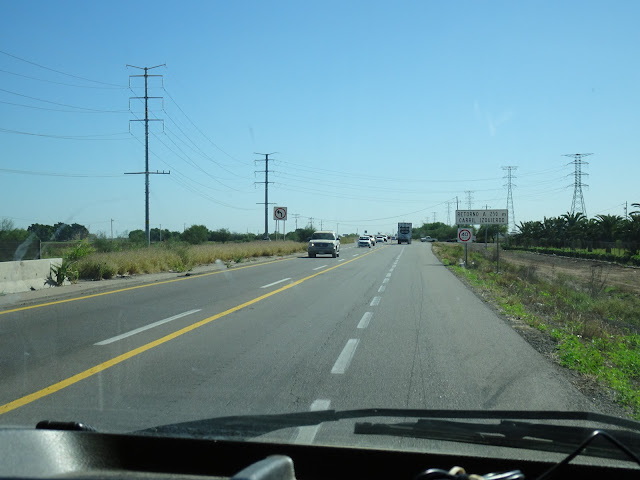 We did most of our driving in the left lane as it was marginally better than the right lane. Of course the cars coming up behind us didn't like that and when they would finally pass they would cut back RIGHT in front of us. 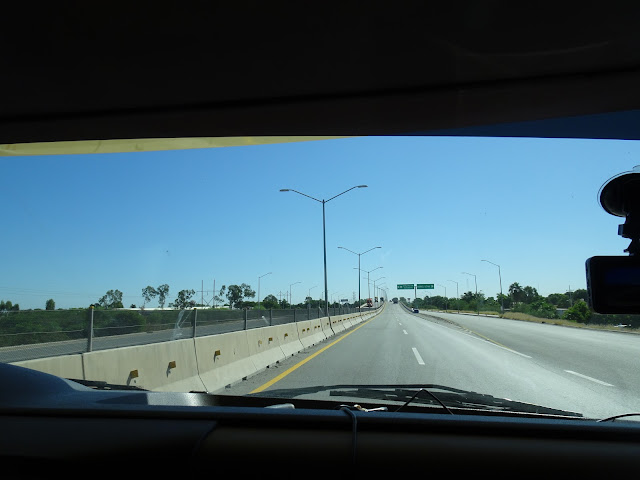 Believe it or not the other lane was worse. I thought we'd be leaving parts of the RV  and car along the road. 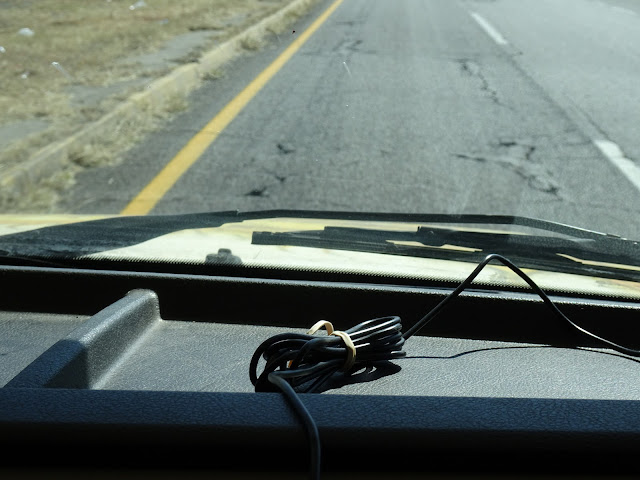 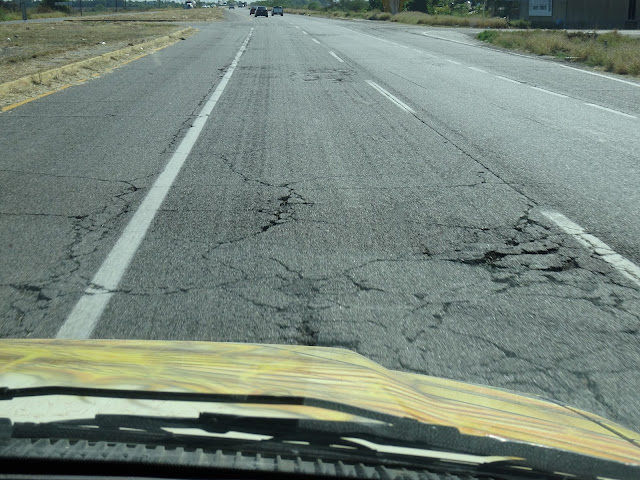 Of course they wanted their tolls. Each booth had vendors in the road before them. Some wanting to    wash your windshield. When you say no they squirt water on it anyway. 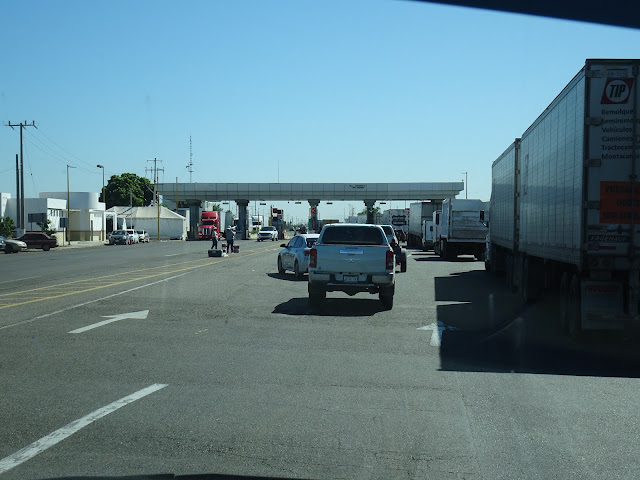 Some only had one lane open so every one was backed up. 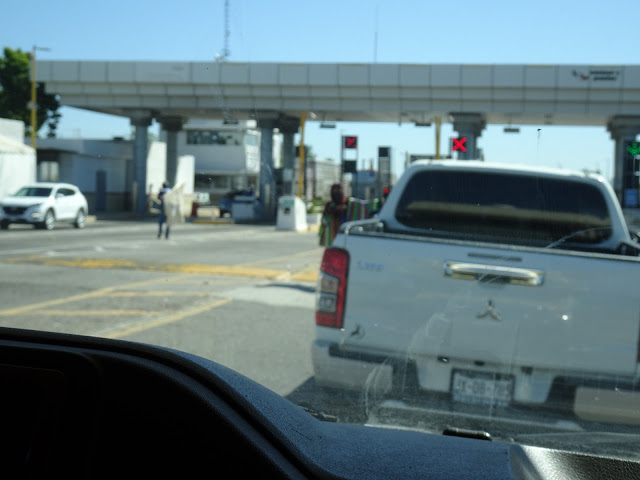 Some one pulled off for some problem. 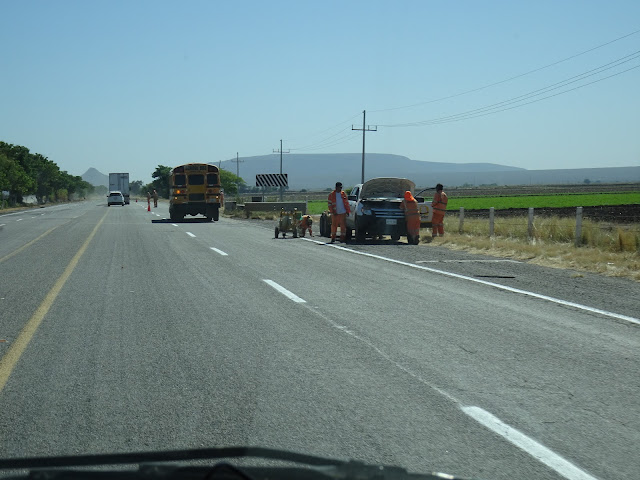 Lots of fires along the way again. 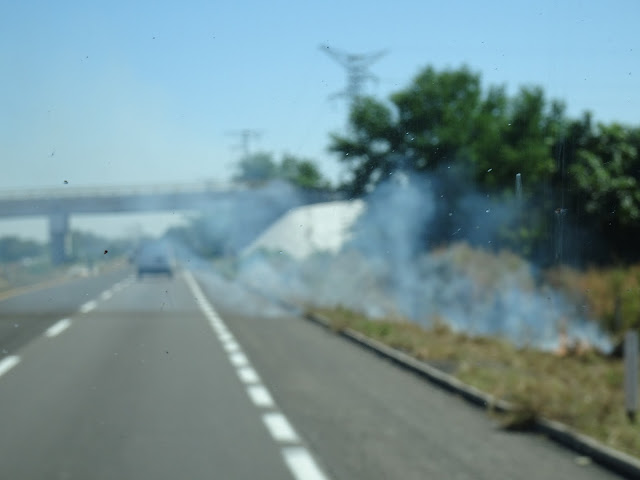 That pole is on fire. No one seems to care. 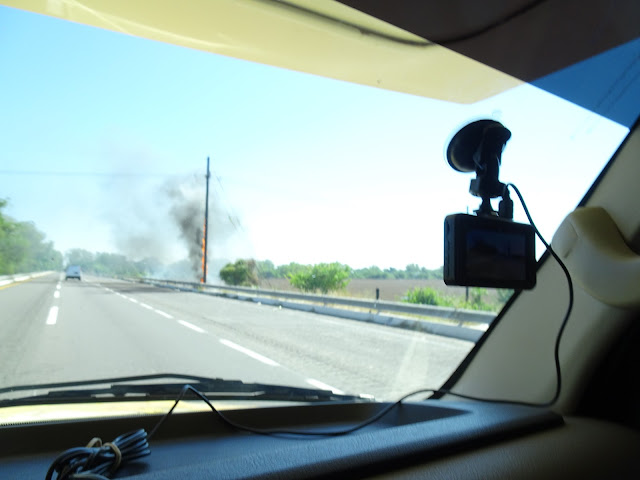 A few detours because of bridge repair. 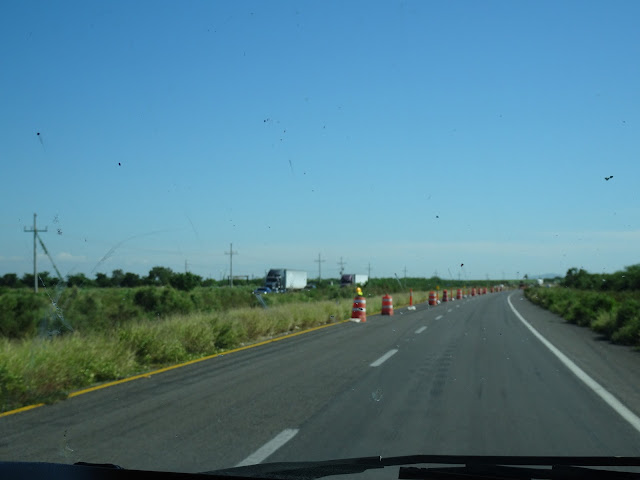 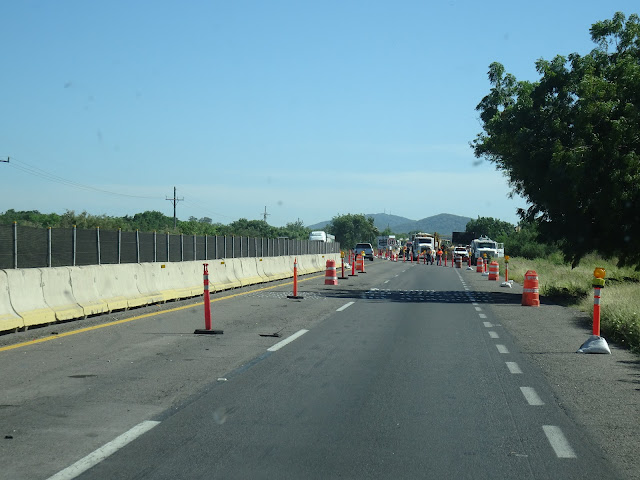 And here we are almost home. End of a long long day. 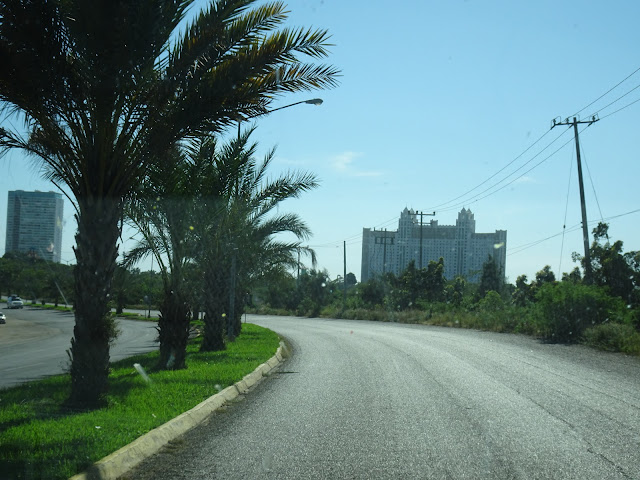 Never bee so glad to get stopped in my whole life.

A short ride along video

Might post again later today of what we've  been doing. Depends on Internet. Did not check this for errors.

Sinaloa's roads have been a disgrace for years..obviously just getting worse and an insult that they collect tolls. Shameful!

Kathy I feel like leaving the RV here and flying home it is so bad. Except we need the jeep at home. Have Internet now I hope. Telcel wireless. Hope it keeps working.