Busy and productive day on Thursday. We were out of the campground by 8:00. First stop was Nashas Restaurant, where we ate last night, for breakfast. I enjoyed my French Toast but Bill wasn’t impressed with his omelet and under cooked hash browns [there was no brown about them.]
Then clear across town to pick my cameras up from the repair man. We had called him the night before and said we’d be there at 9:00. We got there a little before 9:00 and he was waiting for us out on the curb. He commented about how dirty my good camera was, just shook his head and tut tutted. Cost 400 pesos to clean both cameras. US$21. Worth the price.
Then into the Centro Historico where we parked and set out on our next errands. While parked Willie got a bath inside and out. Our first stop was to drop off my beige sandals with one of the many shoe repair men in the central plaza. I wanted the shoes dyed black as the shoe company doesn’t make black ones any more. And I had three pairs of beige ones. He said it would take about an hour. Before 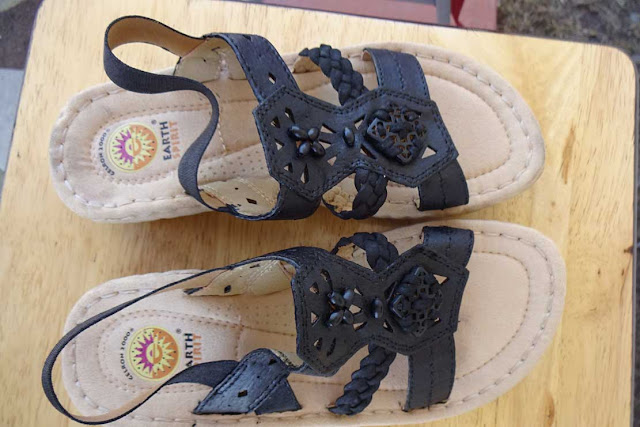 The ones I got dyed last year are starting to get loose on my foot. Don't want to repeat the fall I took last year.
Then we had to go to the TelMex office to pay for our Internet service. Had to laugh this electrical pole was across the street. Spaghetti anyone? 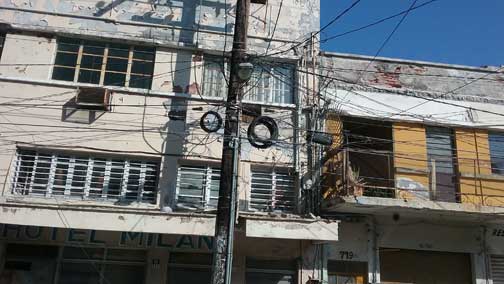 It was much easier than we thought it would be to set up the Internet. And we were able to pay for it for four months. We had to do that because if they sent us a monthly bill we’d never get it. Everyone in there was very helpful. Except the security guard – no pictures – so had to sneak this one. Very nice modern office. 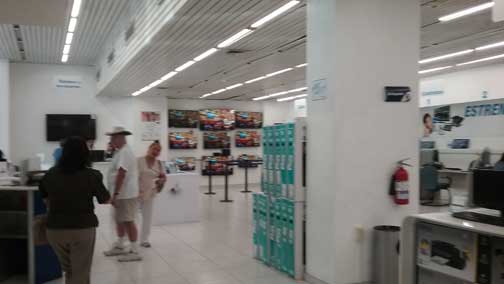 Then back to the car to leave the Internet box – just liked the colors of these buildings. 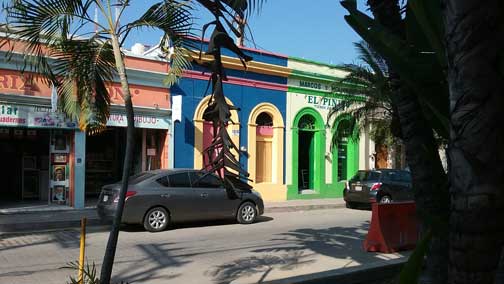 Then we went to the watch makers to leave Bill’s watches to be cleaned and batteries changed. His shop was closed but the man in the business across the street told us that he lived right next door and to just knock. Sure enough he answered and then opened his shop. The watches will be ready in a couple of days.
Next stop optician – not open. We had time to waste so we walked up to the central market to walk around and see everyone we know there. It was still early so the market was almost empty. 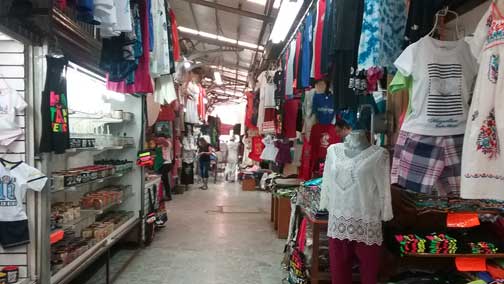 That and the fact the street in front of the market is still under repair and is closed to traffic. One of these days I’ll take some pictures of all the improvements downtown. All new sidewalks and streets and curbs – looks great and makes walking a lot easier.
Picked up my shoes and we headed home. Already too hot to be out.
The “bread/fruit” tree with some bread and fruit on it. But haven’t seen any bird yet. One dove did show up later in the day. 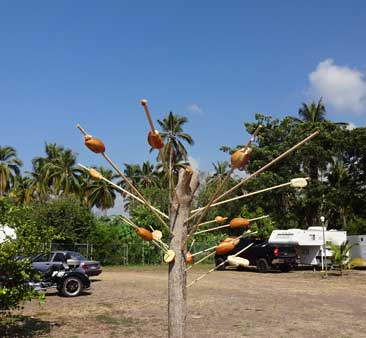 Didn’t want to cook or eat salad so we went to a pizza place La Mona in the marina for dinner. The water was very still. Lots and lots of boats. 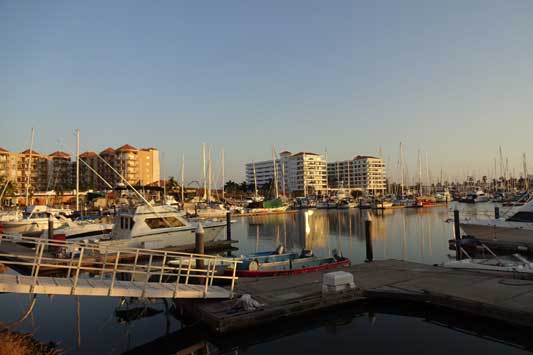 La Mona – we sat outside. Enough of a breeze for it to be comfortable. 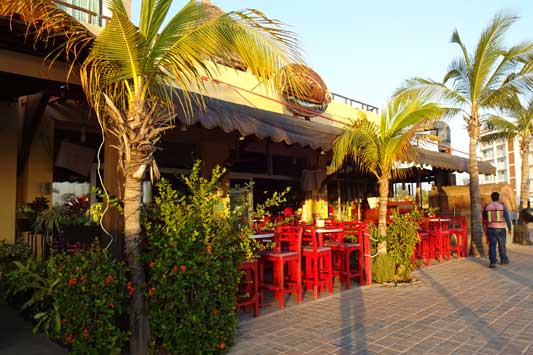 The sun was starting to set as we ate. 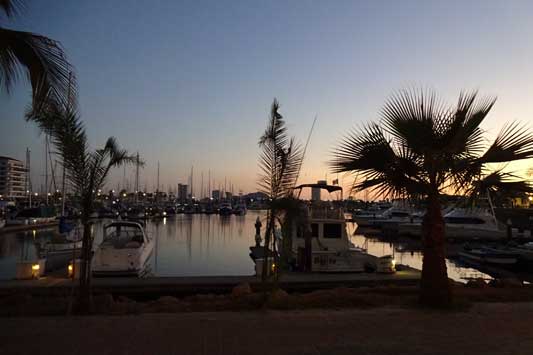 Just some color left in the sky as we headed back to the car. 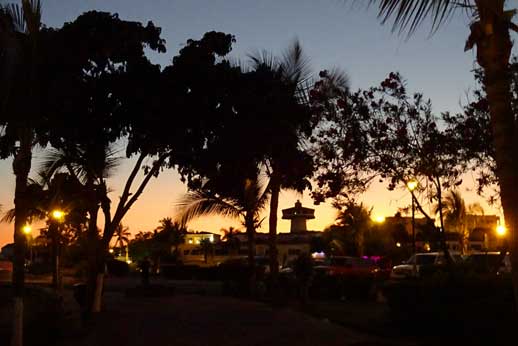 This morning the mechanic will be back to do the brakes on the Jeep. Bill brought ceramic pads from home.  Except to change a fuse – we hope – to the windshield wipers that will be the end of the work on the Jeep.


Still waiting for upholster to come back. Gave him a call and left a message last night.
A couple of birds showed up this a.m. and took a few pecks of food.
By Sunday the heat is supposed to go down to 85 and humidity will drop about 25% - sure hope so.
Posted by Carol and Bill at 7:31 AM

Like your bread and fruit tree - not many birds when we were there - maybe too hot? No Magpie Jays - sorry we missed them. Hope the cooler weather comes to us, too.

still not many birds, hope they start showing up. saw the little bright red one and a couple of black and yellow ones. no jay