Nothing exciting going on here in Mazatlan

Monday was a quiet day. We did start the day by going out for breakfast across the street. [You’re right we haven’t cooked since we left home. Just too hot.] Again the waves were really high and crashing on what little is left of the beach. People are complaining that they can’t sleep because of the noise. Half of the beach has been washed away. 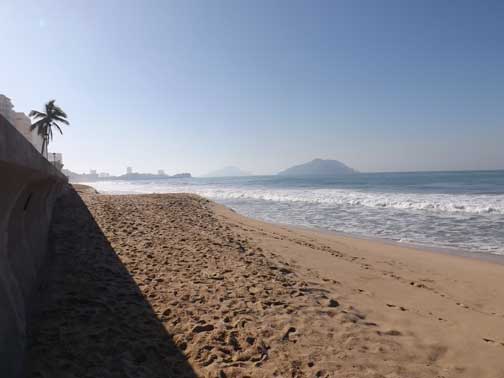 It is always so pretty at Torres, just what one would want for a winter vacation. 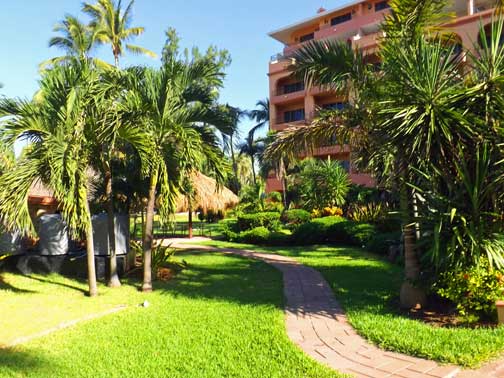 After eating we headed to Wal*Mart for a few things. Since we left in the spring the roundabout where we turn to go to Wal*Mart has been landscaped. Now you can’t see over it. I HATE roundabouts. 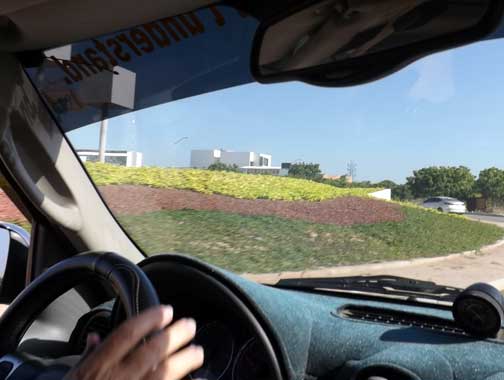 And a nice salad bar. 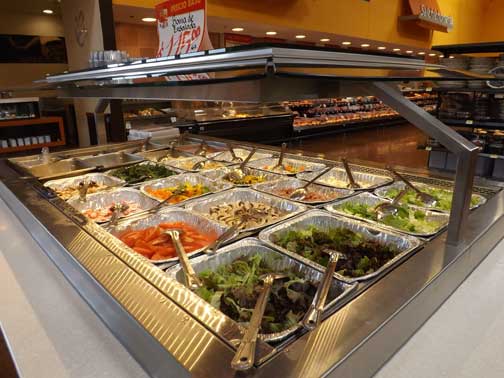 Just like being home. A really nice produce section. Yellow, red and orange peppers are about 45 cents each. Really nice ones. 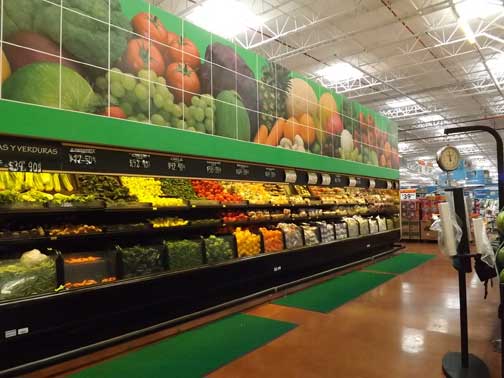 The Sam’s Club next door. 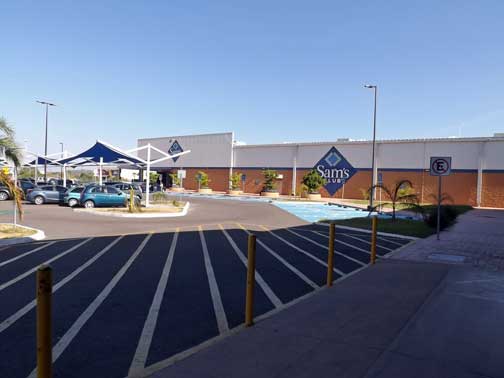 Then on home as we were expecting a few people. The first to show up was the gravel delivery. So now more of our site has gravel instead of dirt and dried weeds. 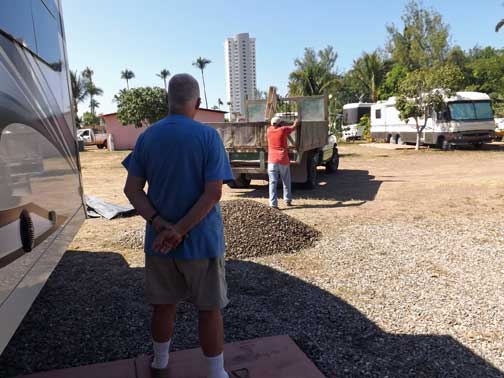 Noticed the electric company truck over by the box. A couple of days ago we were all without electricity for an hour or so while they were working on something. No power outage this time. 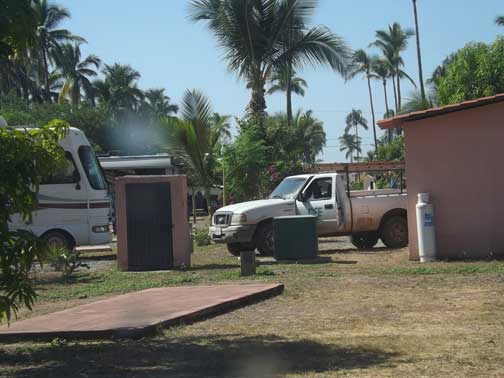 The mechanic called, he is supposed to come today, Tuesday, to fix the AC in the Jeep. I hope.

And the upholster came by to take more measurements. We’re looking into getting an awning over the window by the dinette.
During the day Bill was busy putting up light outside. In the tree, around Willie’s canopy and around the RV.
He also set up his “Star Shower” – kind of pretty. Just red and green lights forming different shapes. 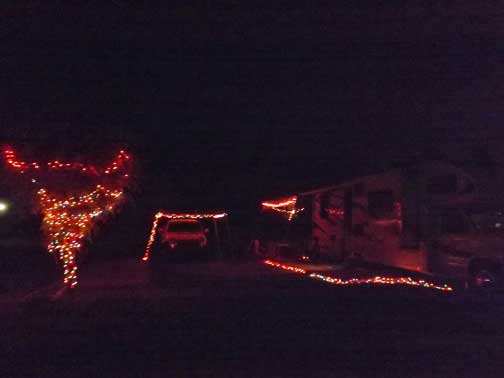 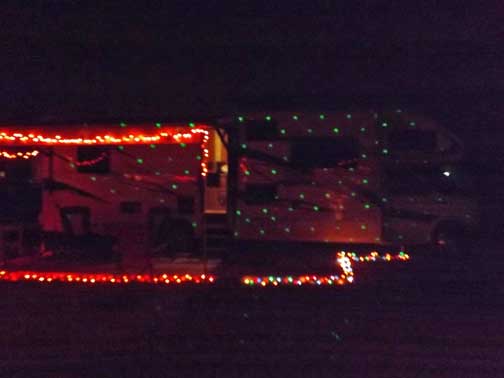 Today my cameras will be ready but we’ll see if the car is fixed.


Oops spoke too soon, Bill is cooking breakfast this morning. Diced onions, potatoes, Cantimpalo and eggs scrambled together.
Posted by Carol and Bill at 8:35 AM