Too hot to do much

Mazatlan this year is amazing; I mean that in a not good way. Everywhere you go or try to go or look something has been torn up and is the very slow process of being rebuilt, remodeled or who knows what.
This morning early, almost too early, we went across the street to the Torres hotel for breakfast. Any one who has been reading this for a while knows we like to eat in their beach side restaurant. I had my favorite waffles – they make the best waffles I’ve ever eaten. Passing the activity booth where the beach towels are kept. 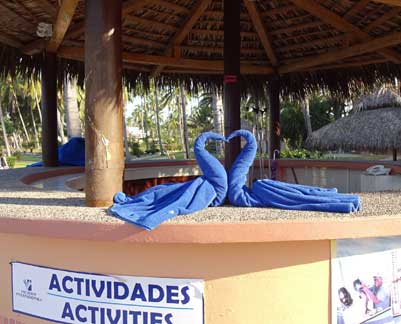 Walking towards the restaurant. They have built and completed several new palapas along the beach. 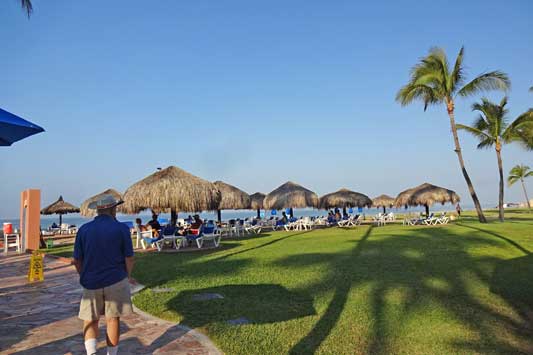 The restaurant has all new table cloths. Looks so different. 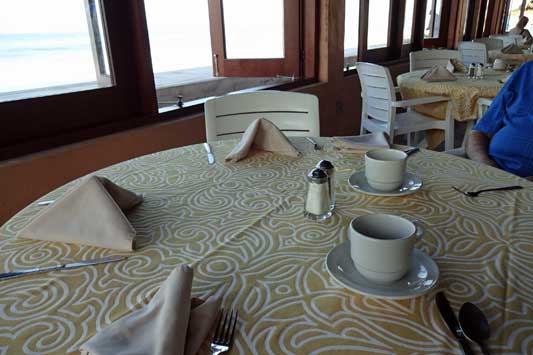 And before it opens they have a coffee and pastry cart for the early birds. He was still there when we arrived a couple minutes before 8. The restaurant doesn’t open for service until 8:00. Hum…didn’t know that. Guess today we got a real early start. 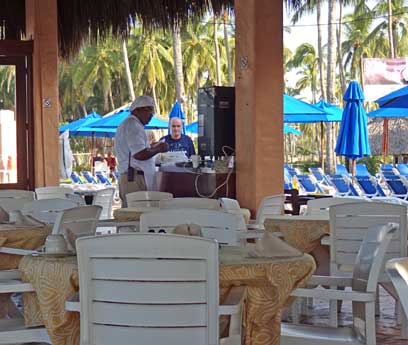 Sat at a widow table and watched the waves. I don’t remember ever seeing them that big. A lot of the sand appeared to be washed away as the beach was very narrow. 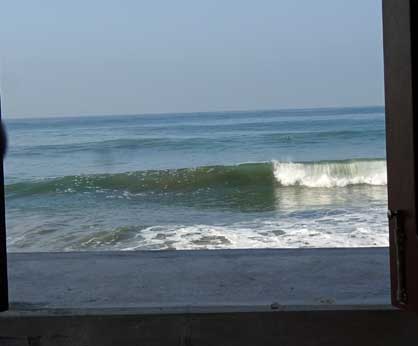 And even the hotel is having some construction done. 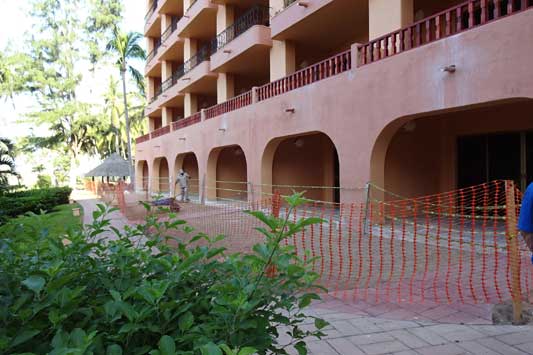 We had planned on doing quite a few errands but only managed a couple. First was to drop off our laundry. The man who owns it greeted Bill like a long lost brother. Handshakes and hugs. 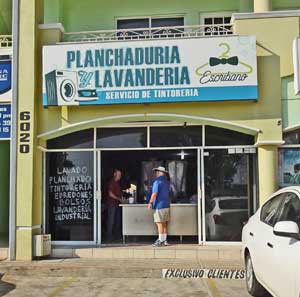 By then I was so hot I didn’t want to go anywhere downtown. Humidity is around 85% with temps already 88. So we went to Soriana, the supermarket, got a few things and stopped at an ATM for more money so we could pay our rent for a month. With the limits on the machines it takes two trips to get enough.
Then on our way back to the campground we made a quick stop at Sam’s Club to see about chairs. And I found something else instead. Really, really cute M&M cups. Had to buy two sets to get all four colors. Go #18 the M&M car. 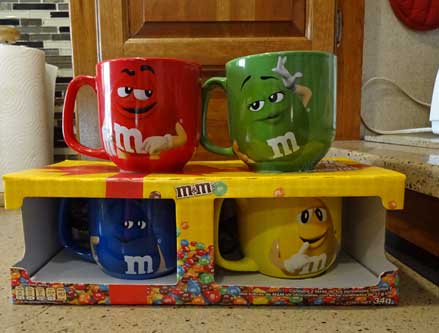 And we found some chairs. As usual the lines were long so one of the managers came up to us and said follow me, you can pay for them at the pharmacy. Away we went. The clerk rang up the cups and I held up one of the chairs and said dos [two] she nodded and rung them up. We paid and headed out the store only to be stopped by the checker. Only one chair on the receipt. [I never looked at the receipt] So back to the clerk to pay for the other one. When we left this time she took both receipts and wrote something down in her book. Maybe flagging us for next time.
So here are our chairs. 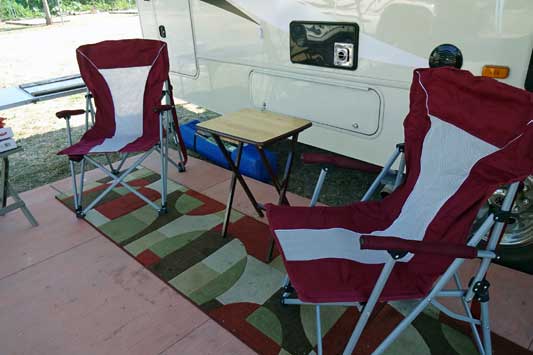 And here is Willie’s own personal canopy to protect his hood. Are we nuts or what? Since I took this picture the canopy has been raised so Willie fits under it and Bill has added lights to it. 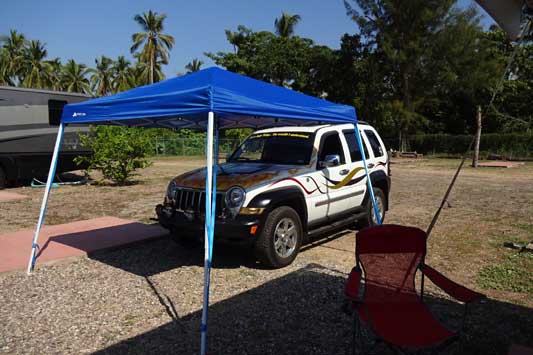 As it cooled down later in the afternoon – a happy drone pilot went outside. 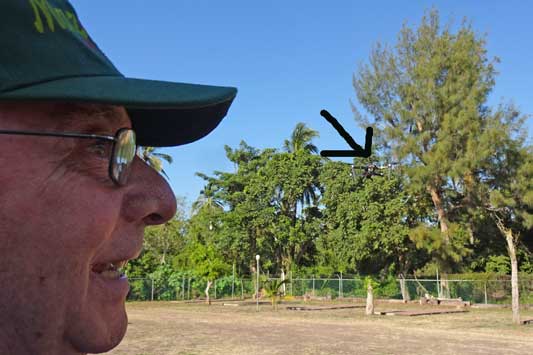 Here is a video he took of the campground Starts out looking north and moves to west - ocean, and then south looking at the city and the around and back over the campground.

We hit all those same places last year! Same CG, same laundry, Sams, etc. Is Torres the hotel that is about a block to the left of exiting the CG? That is where we had a great meal. And we loved the little restaurant in the small building to the right...the young lady was great. Alas I see that you said it closed. And, happy to see another milanesa fan! If it is on the menu, I'm hooked. Probably goes back to Germany and schinetzel. Enjoying your posts.

glad we are reliving your memories. Yes Torres is the place across the street to the left. There is still a little restaurant next door but it has different owners.
Thank you for reading our adventures.

There sure is a lot of’s construction going on in Mazatlan. I was thinking about visiting there in January but I think I’ll change my mind and go to Puerto Vallarta. I sure appreciate all of your post. It gives me a lot of helpful information .

We're at Torres for the month of February. Great video!