And the beginning of another beautiful day in Mazatlan. 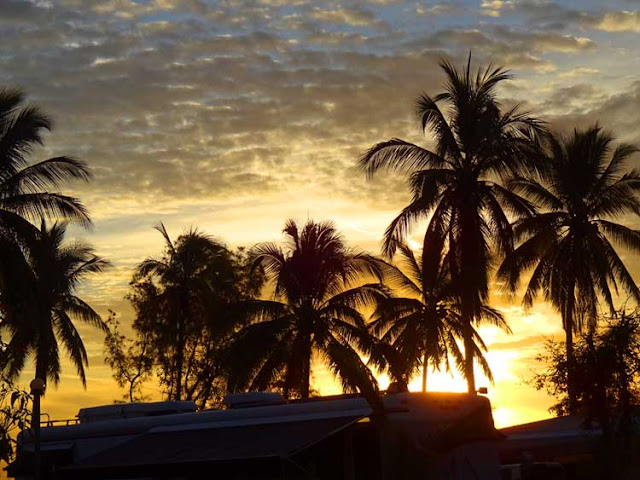 The clouds hung around the whole day. And by late afternoon it almost looked like rain.
We had plans for the day. Lunch and a show in Daniels Restaurant in El Quelite. Lunch, dancing horses and banda music. 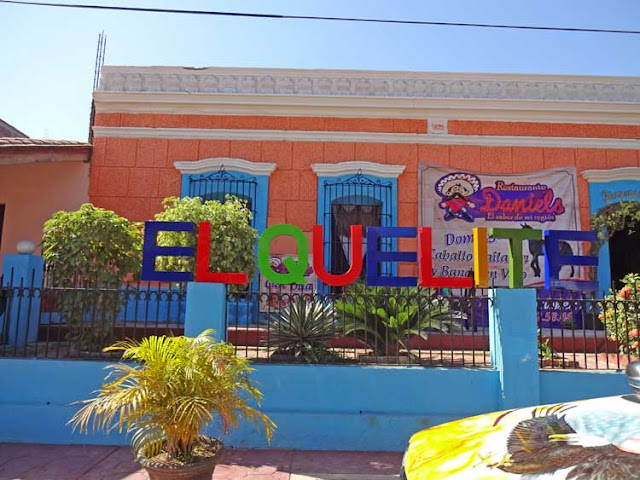 The next few pictures are of the interior of Daniel's Restaurant. 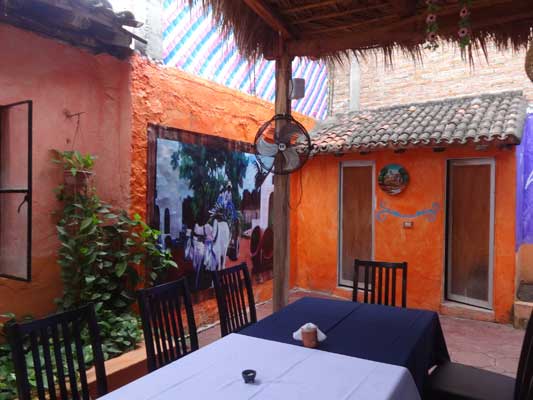 I really like the colors on the walls. Especially this purple. 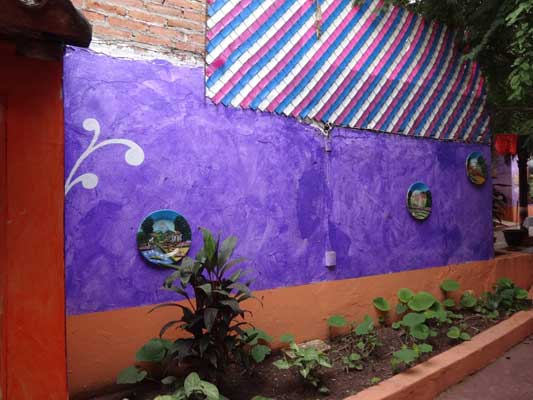 Mark and Bill and the waitress. I ordered ice tea. I got a glass with water, iced cubes, 2 slices of lime and a tea bag hanging in it. And a couple packets of sugar. It never got tea like but with the lime and sugar it was tasty. It is always an act of faith to order ice tea here. 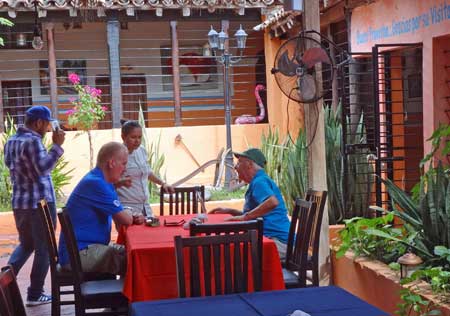 We all ordered chicken fajitas. Another area of the restaurant. 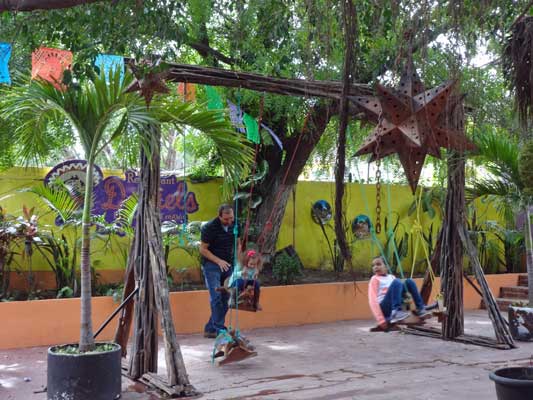 Still more restaurant. It is a big patio surrounded by rooms. There are canopies over the eating area. And with the overcast it was a pleasant temperature. 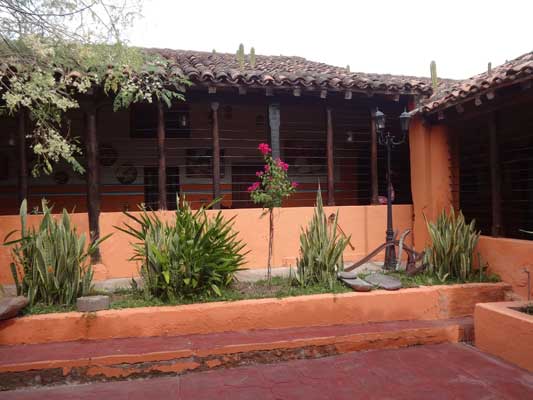 A nice table setting. The chairs are really pretty. 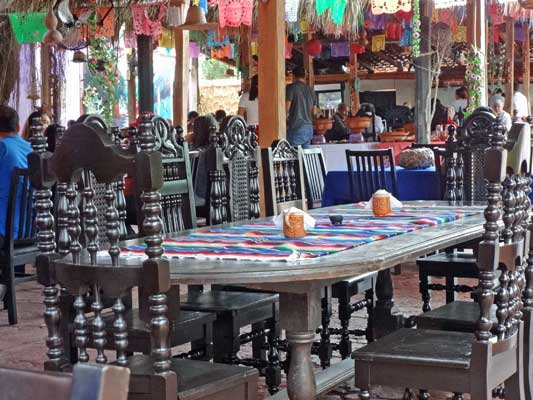 Waiting for the banda and the horse they would come in through the opening to the street. 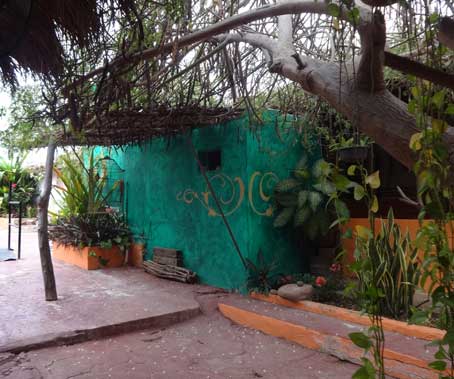 And here comes the Banda. A definition of the banda. " The history of banda music in Mexico dates from the middle of the 19th century with the arrival of piston metal instruments, when the communities tried to imitate the military bands.
Banda music was established in the 1880s in the state of Sinaloa, Mexico, when it exploded into popularity in the 1890s throughout Mexico. Its roots come from the overlapping of Mexican music with German polka music. At the time, many German Mexicans lived in the states of Sinaloa, Chihuahua, Jalisco and Nuevo León. This greatly influenced northern Mexican music."
The all important tuba. Om pa, Om pa 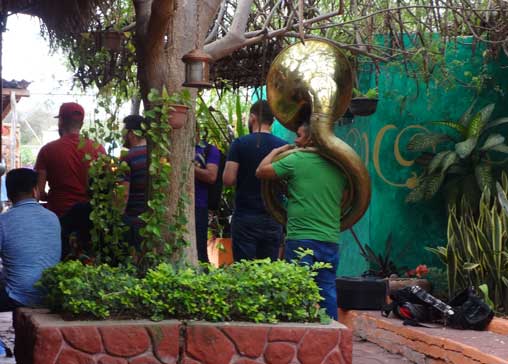 And here comes the horse. 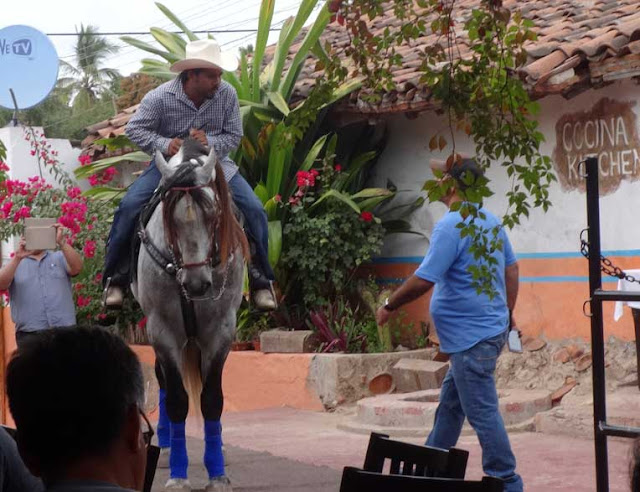 Playing their music for the horse to dance to. Be sure to turn up your speakers to "enjoy" the music. 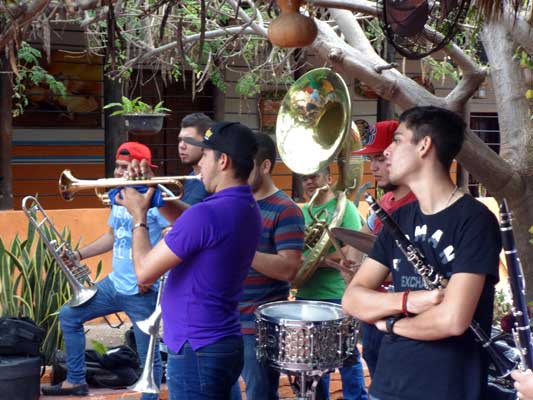 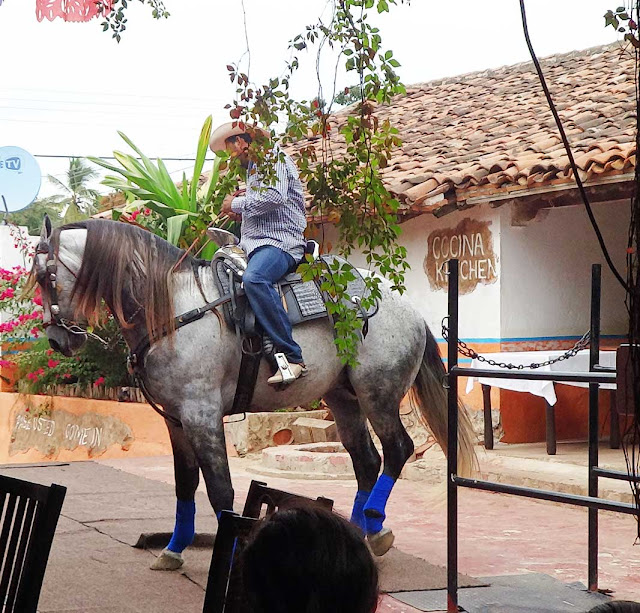 When having a special day a frame is brought to the table so photos can be taken. Kind of cute idea. 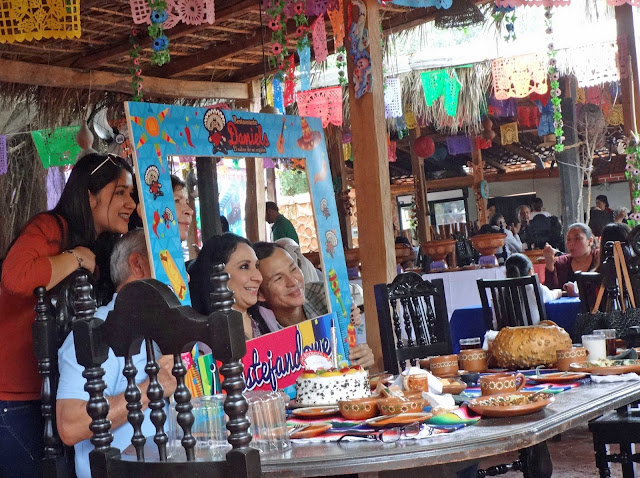 Bill listening to the Banda music. Draw your own conclusions. 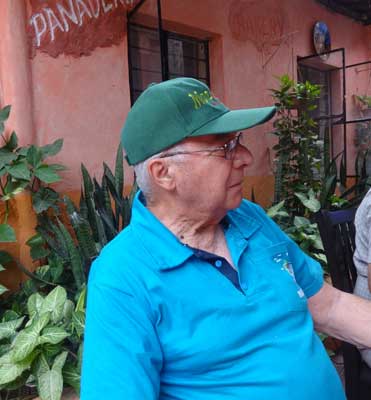 More music. To me, sorry, it sounds like every instrument is playing a different song. I guess it is an acquired taste. You can hear the tuba in this one.
No plans for tomorrow. Wednesday we'll start moving stuff from the RV to the hotel room getting the RV ready to be picked up early Thursday morning.

Sitting here in wintery West Coast Canada, just the idea of sitting there and listening to banda music is heavenly. We hve our glasses of red wine poured, dinner is in the oven and I am sitting directly below my beloved cow skull..life is pretty good, even if we aren't in Mexico with you!!

Shhhh....don't tell anyone but I even read the blog from work!

I don't know if I'd call Banda music heavenly, but enjoy your wine.

That's the restaurant we all ate in 2 years ago, with a new name.

yes it is, food was iffy . not going back there.

It is almost always an "iffy" thing going to any new restaurant but that can be part of the fun. What is good for one is not always good for another; we will be trying a new to us restaurant here in Rincon today. Even if the food is not the best the view is absolutely spectacular so we will have that to enjoy. Looking forward to seeing the new paint on your RV.