RV is on his way to paint shop

Last night we went out to dinner with Mark, over at Torres restaurant. Pleasant evening, good food, good company and good entertainment. I even had a drink. A Miami Vice here is the waiter delivering it! 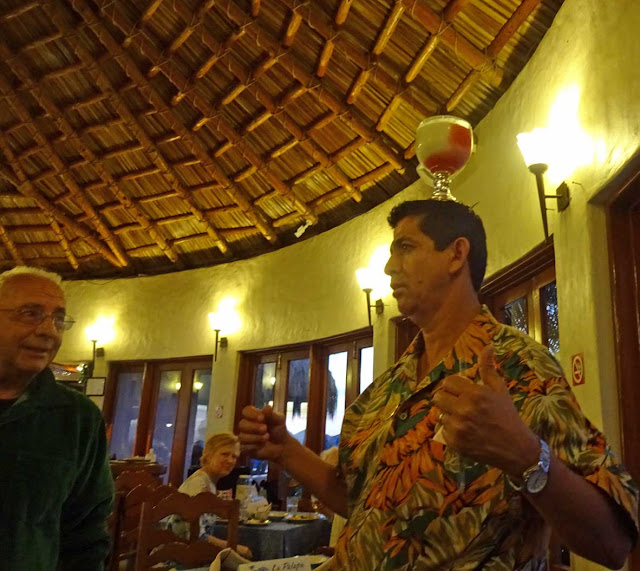 As usual Raphael's music had several in the crowd up and dancing. Bill didn't join them this time. 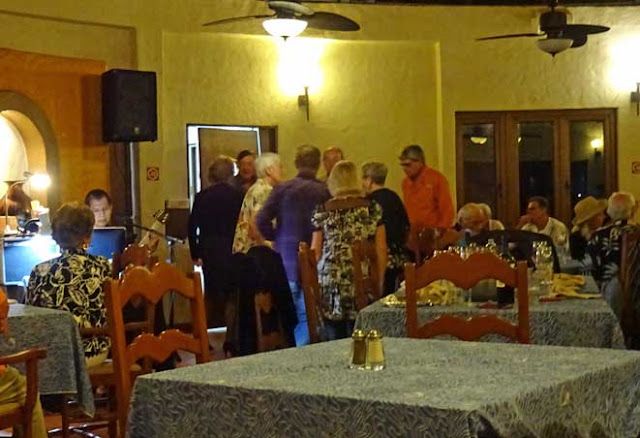 He was fixing a flambe something. Didn't get my camera out in time to get the big flame. 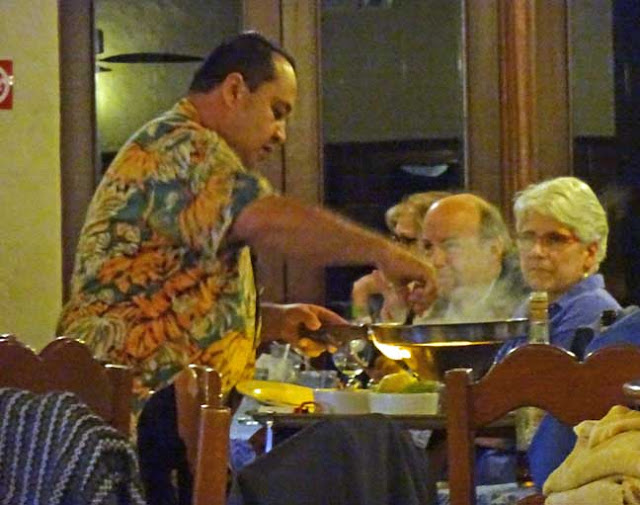 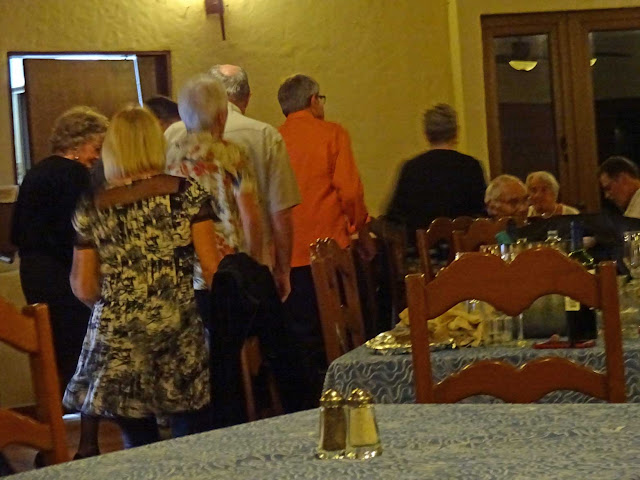 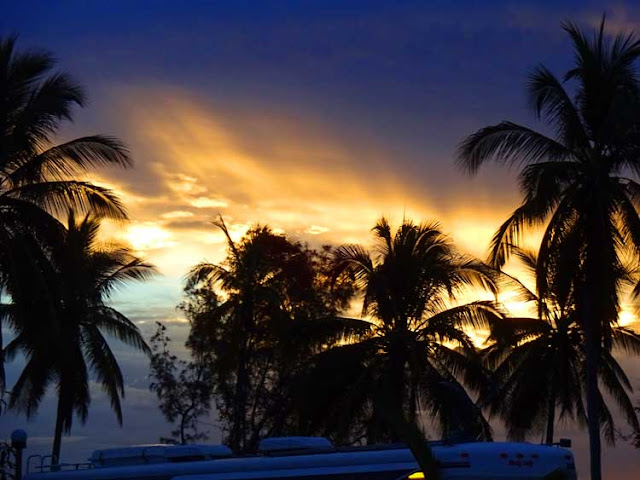 Loading stuff in the car for the hotel. Hope we don't forget anything. 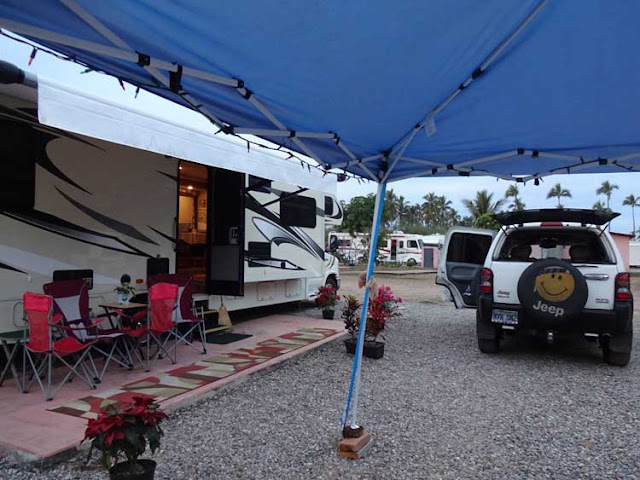 Pointing out different things to the painter before he drove it away. 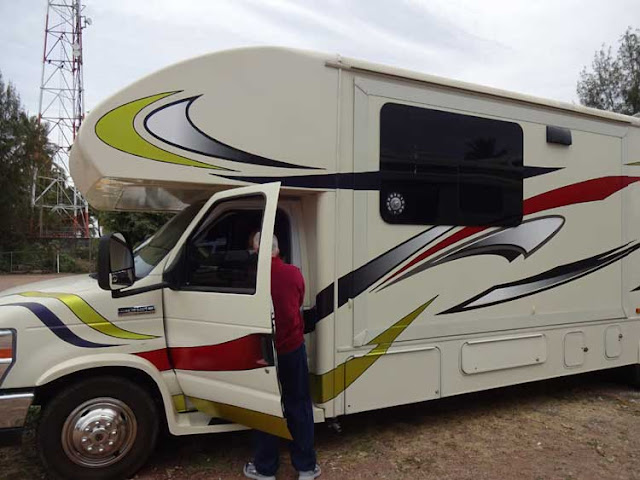 OOPS - didn't notice this when the slide was out. Originally the part from the bottom of the slide down to the ridge didn't have a continued graphic on it. 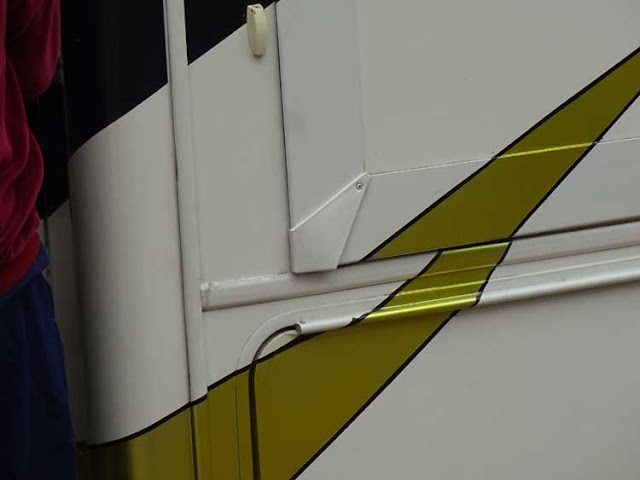 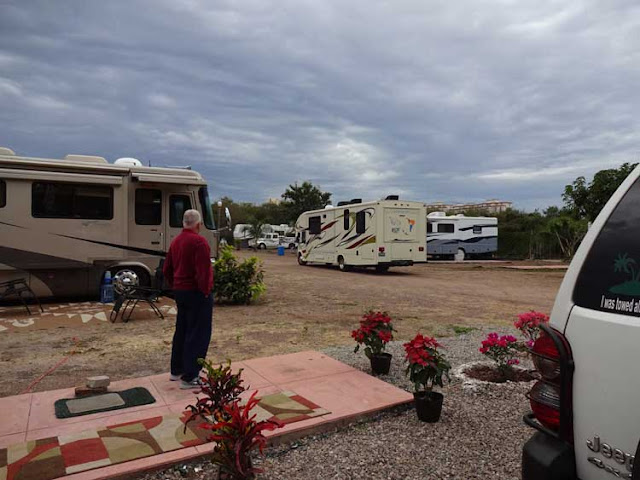 He is going one way and we are going another. We're headed to the hotel. 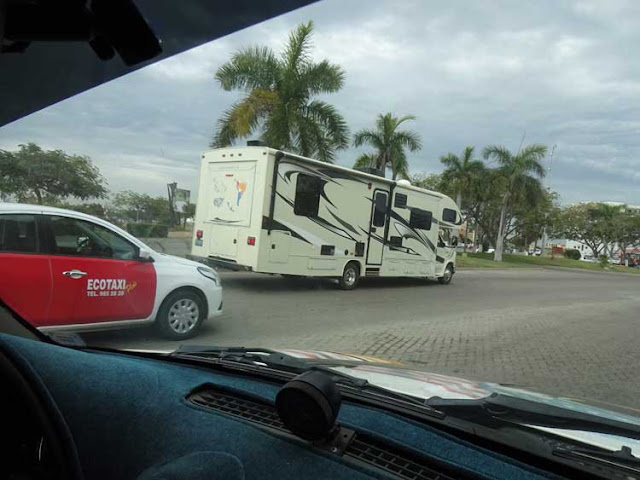 After unloading everything we walked a couple buildings down to go to Poncho's Restaurant for breakfast. It was very nice inside. Elegant and quiet. And a lot smaller than I thought it would be. 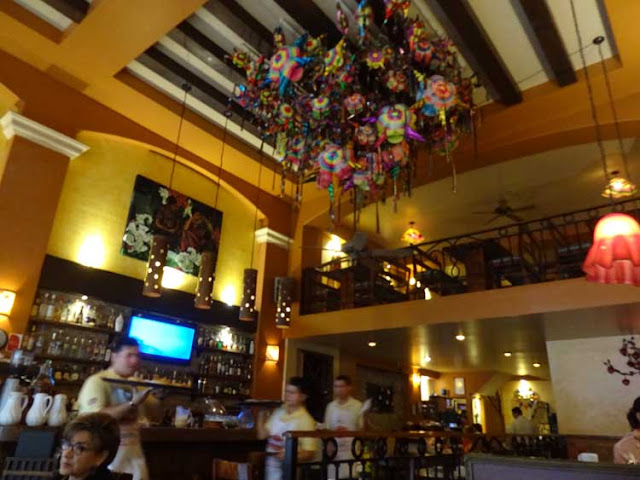 All sizes of pinatas make an unusual ceiling decoration. 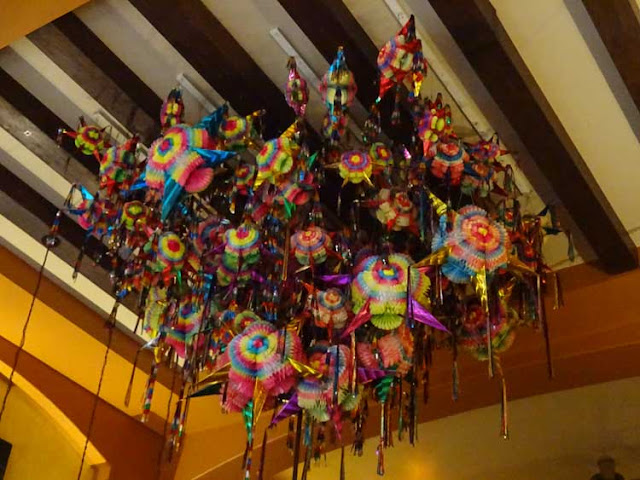 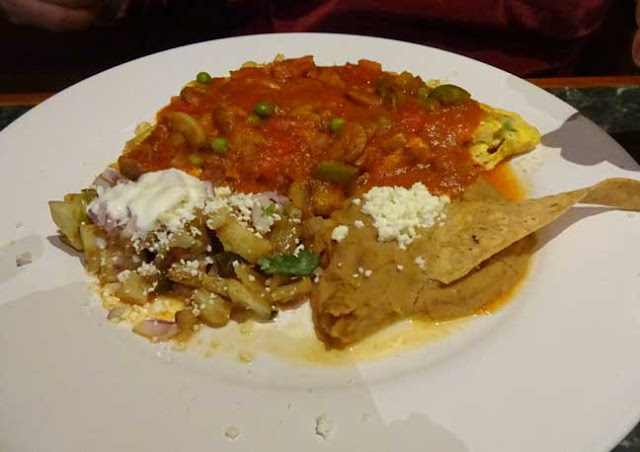 My French toast and bacon. Also a small fruit plate and coffees. US$15 and very good. 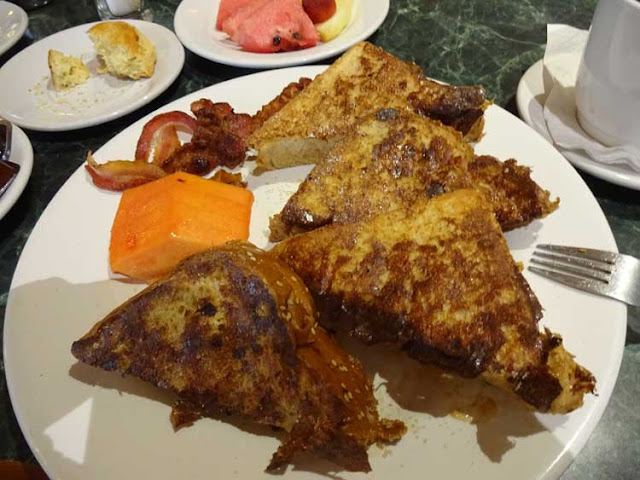 Poncho's is next door to a Michael's Gallery. She is seated outside the Gallery. 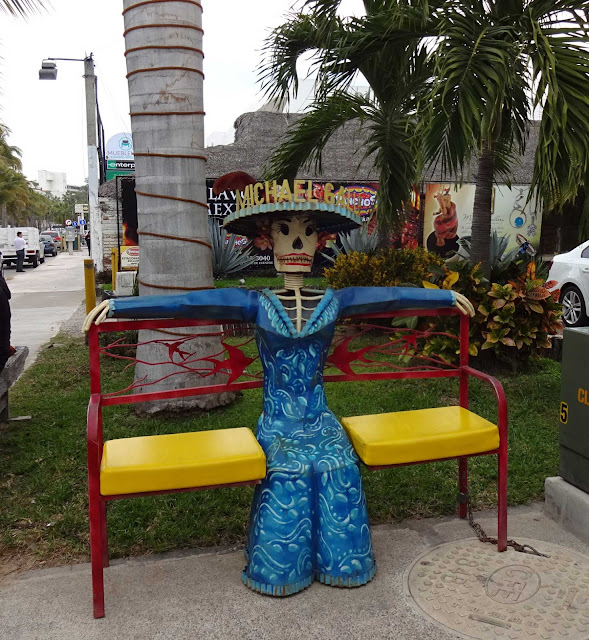 After watching a soccer game and trying to take a nap we went out for a short walk and then caught a pulmonia to go to the painter's shop.
And he is all inside and getting taped and papered up. Even plugged in. 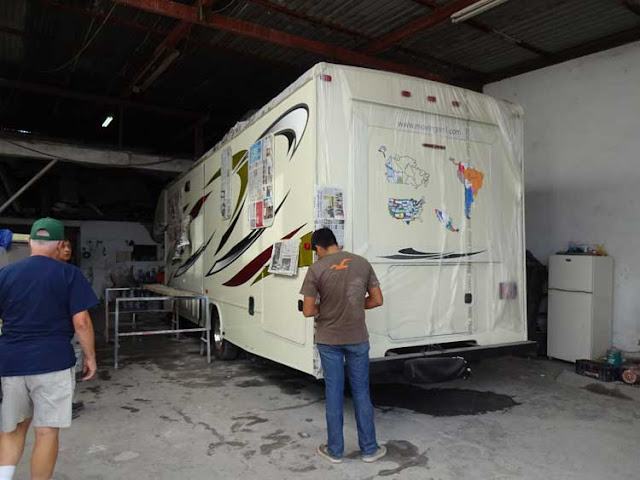 On the way back to the hotel the pulmonia driver went up to the Malecon - the street was open when we went through it earlier. Now it was blocked off. Either had to go the wrong direction or do like a car did and go the wrong way against on coming traffic. Or move the cones.
Bill got out and moved the cones. Wish I'd thought to take a picture. Once again headed in the right direction we continued on towards the hotel.
So on to our first night in the hotel. Lots and lots of traffic noise. Hope it lets up as it gets later.
Posted by Carol and Bill at 4:46 PM