A trip to the Estero Moroncarit

On Tuesday we took a drive out to the Estero. Here is a map of it. The red dot is the El Mirador RV Park. The big amount of blue on the right is the Gulf of California.There are lots of river size waterways that don't show here. 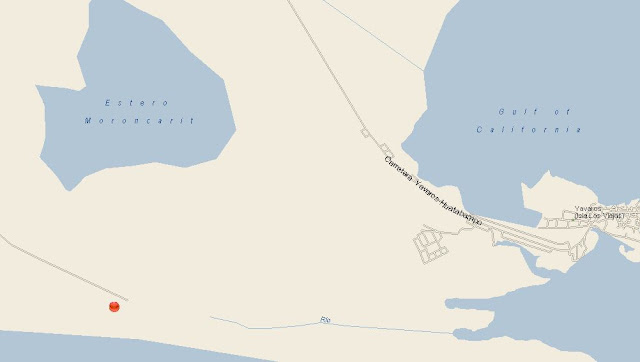 We take a dirt road out to it.  It got rougher after this shot. 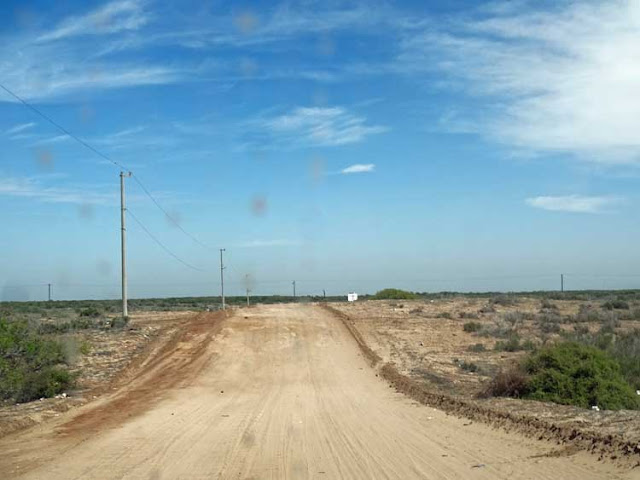 So peaceful and quiet out there. Lots of birds and several fishermen in their little boats. 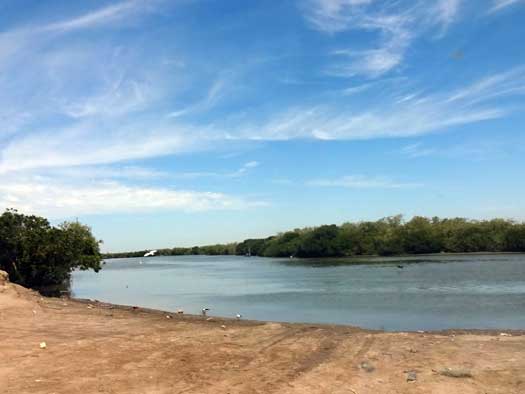 A couple of the birds, they just stood there and gave me dirty looks and hissed a bit. One of the fishermen out on the water. They pole the boats along. 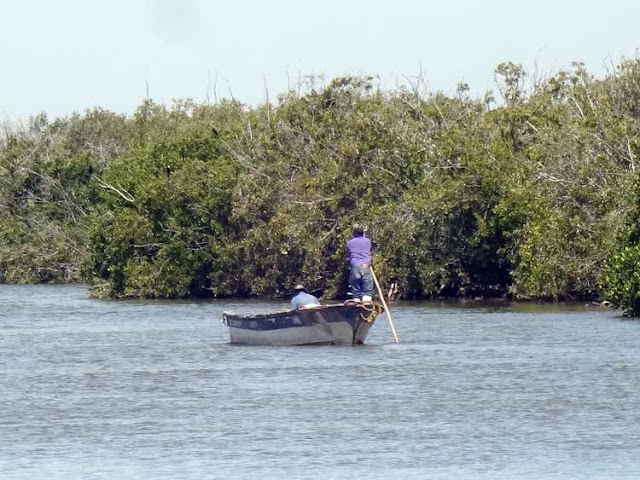 He was just standing there. 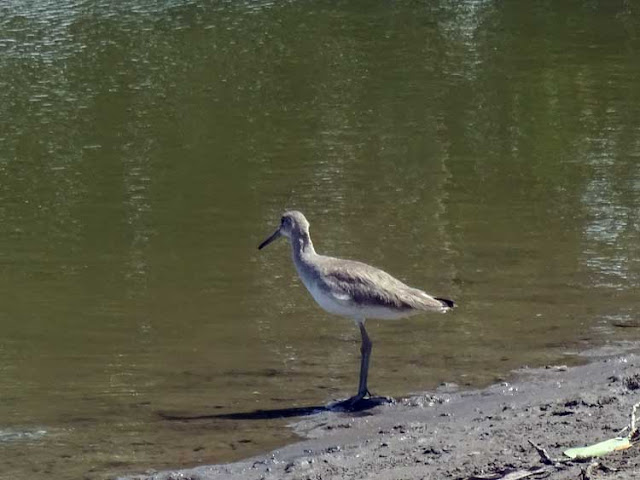 Sitting in the tree. The trees were full of what are called here Garzas. 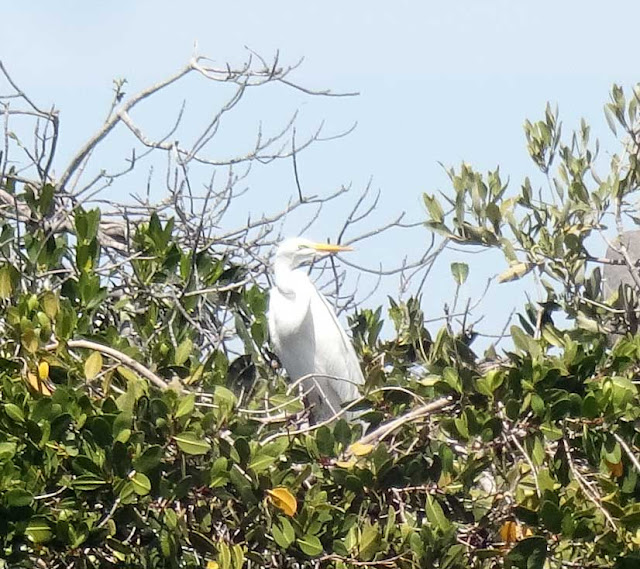 No idea what he is. He had a friend that was laying down on the beach In this video - which can be watched full screen with sound - you can see how much water is really out there in the middle of all the sand. I was surprised. Thanks Bill and the Drone.

Looking up the part of the river where we are. There are a bunch of ducks out there. 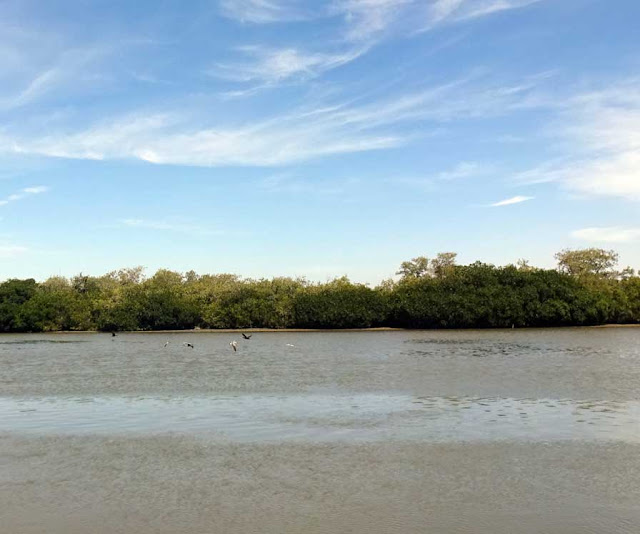 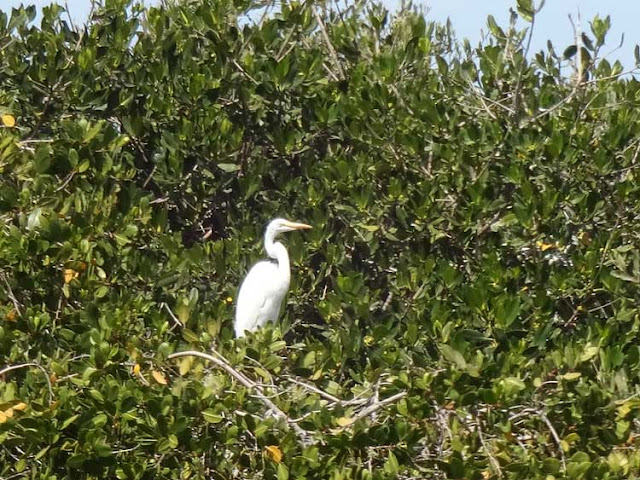 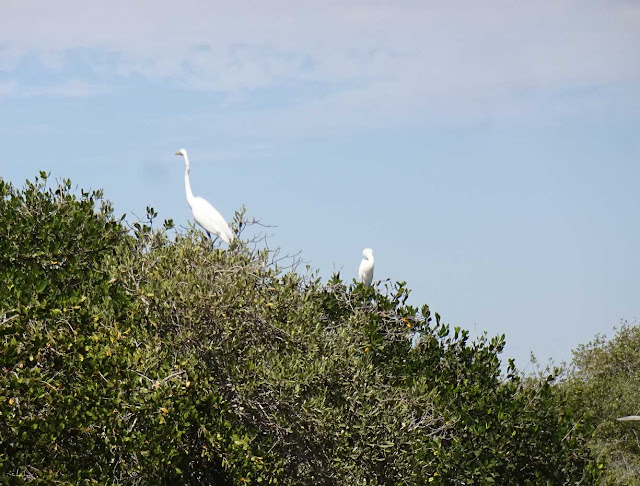 Oh boy! Just managed to catch them in the air. 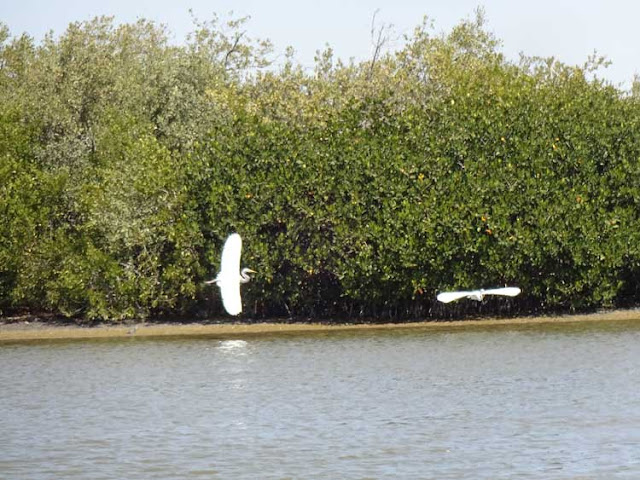 A fisherman just came out of the little canal next to us. 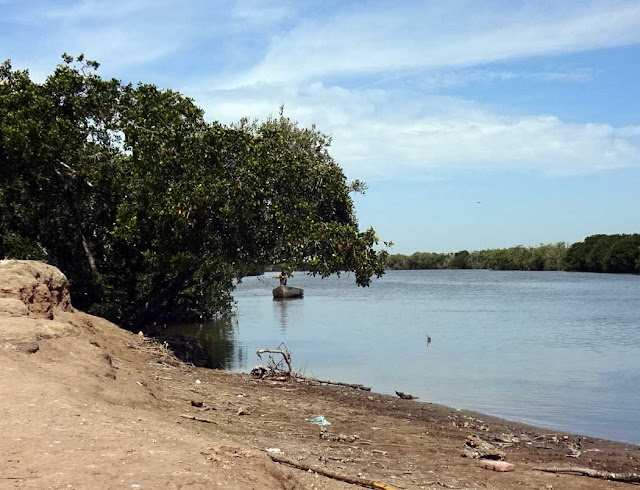 Poling out to where he wants to fish. 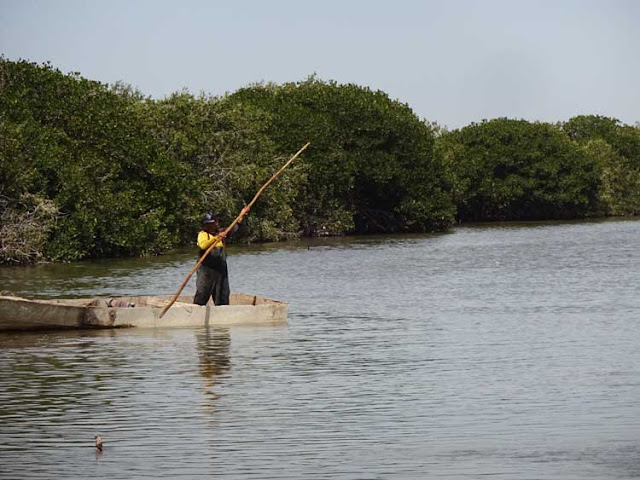 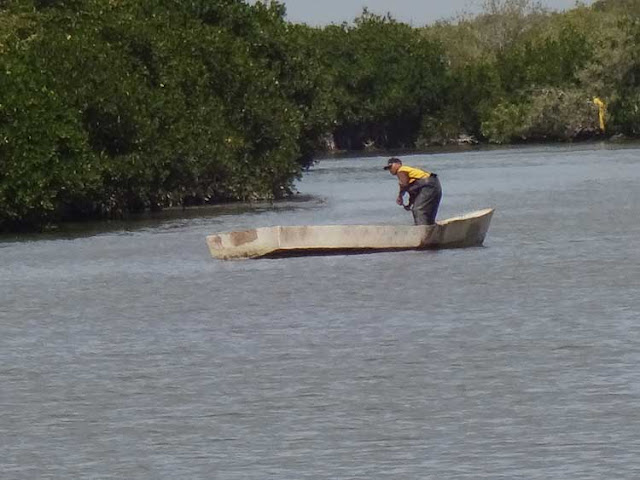 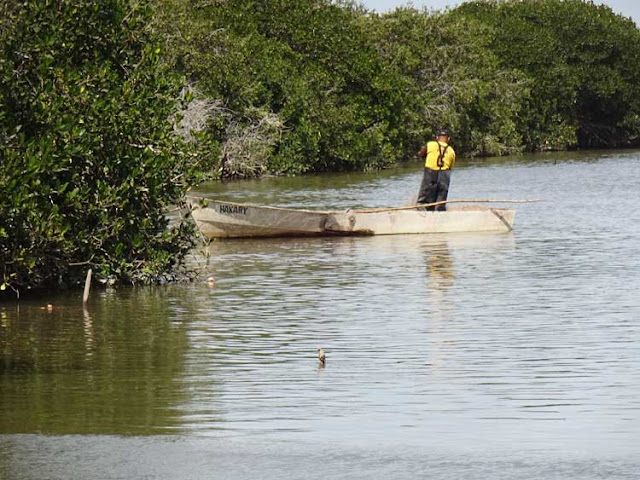 Checking his net to make sure it is ready to throw. 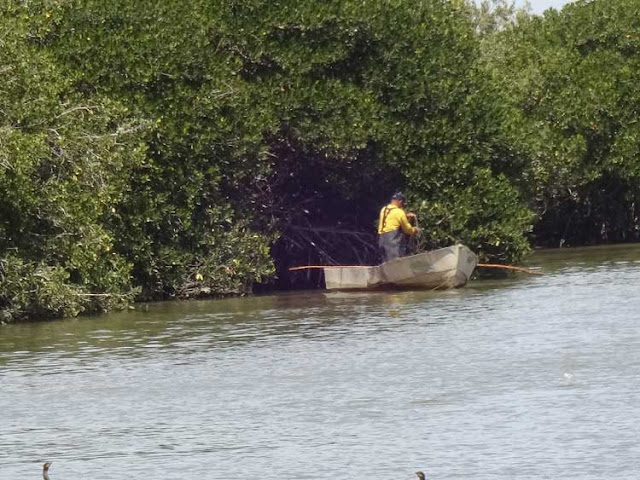 Throwing the net.I wonder if he has ever fell in doing this? 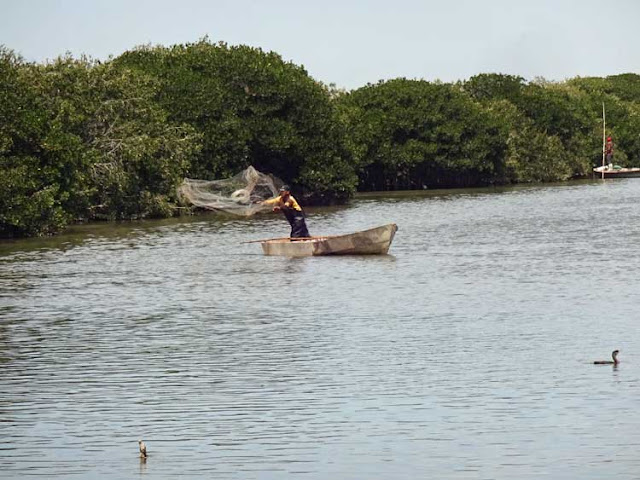 Pulling it back out of the water. 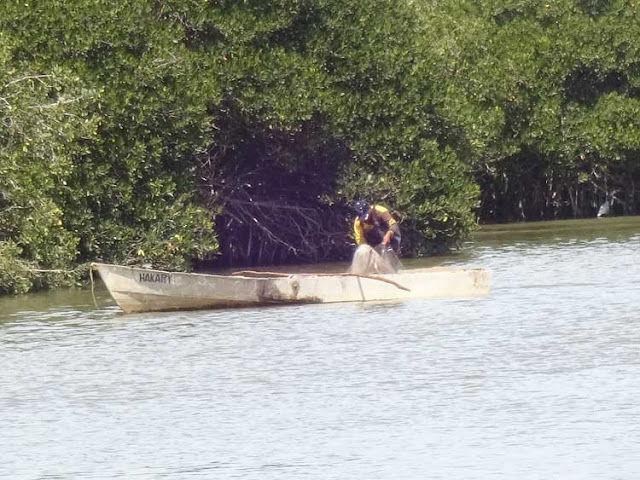 There are some fish in it. Always interesting to go there and watch the birds and the fishing. And listen to the quiet.

I know we are in San Carlos but haven't really done anything to write about. It got down right cold last night I even woke up because I was cold. Went out to eat Italian tonight and took nap this afternoon. Exciting huh?

More exciting than here. We are both knocked down with colds this week.

sorry to hear that. this was the first winter neither of us got sick - so probably will when we get home and have lots to do...

Your birds are missing you here in Las Jaibas but we are doing our best to keep some of them fed. The Chachalacas have been entertaining us early in the morning

I thank you and the birds thank you.