This should be our last day here in lovely Huatabampito. Need to do some serious shaking out of sand from in here. At least the first layer. This is a three day weekend for the Mexicans so expect there will be a lot of people out here on the beach. Though the cooler weather seems to be keeping some of them away. Lots of beach traffic of all kinds, cars, atv, motorcycles and walkers. Interspersed with police vehicles. Bill has had the drone up a lot and has some really great photos of sunsets and the town of Yavaros. Will work on them when we get home as Internet here over weekends is iffy at best.
Most of the pictures and comments I am making the last few days are just to show the difference of where we spend our time in and around Mazatlan and how rural Mexico really is. So far except for a couple of other RVs that just spend the night here we are the only Gringos I've seen around the area.
THE COWS - there is a herd of cows that are almost always walking in or along the road heading into the RV park. Bill asked Enrique who they belonged to. No one, was the answer. They are just here - wild I guess. And they are protected by the government. You cannot decide to make a BBQ with one. AND the area they wander in is protected too. No one can disturb the plant life where they roam. A while ago Enrique was widening his driveway in to the park and destroyed some of the plants. He got a 15,000 peso fine. Some of these pictures have been taken over the last week. Just like the reflections in the water of the boys. Taken out the front windshield. 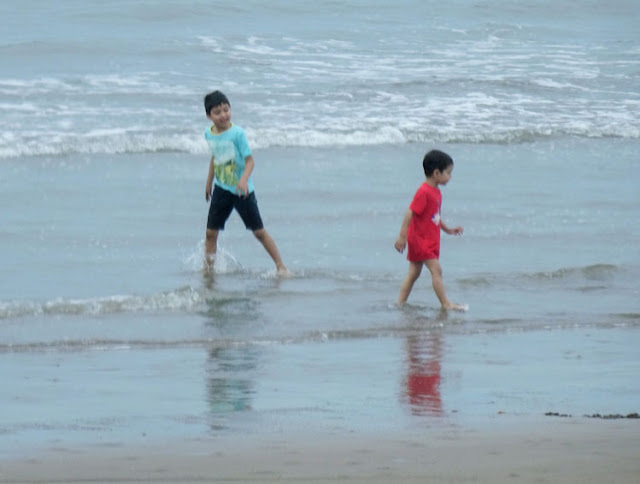 This guy is a menace. Riding this at full roaring speed and popping wheelies. Several people had to run from his path. 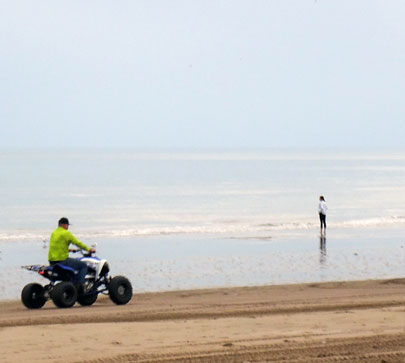 Lots of families with little kids. 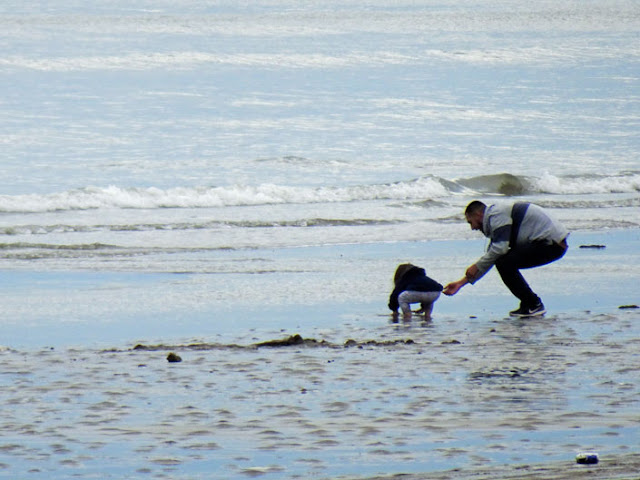 There are miles of beach that can be driven on in both directions. One police car and just others out enjoying the day. Haven't taken the Jeep out on the beach this year, Bill doesn't want to fool with the salty water. 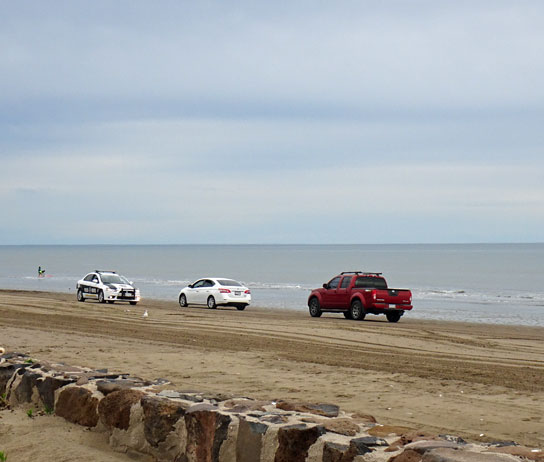 See any where from one to four people on these little motorcycles. 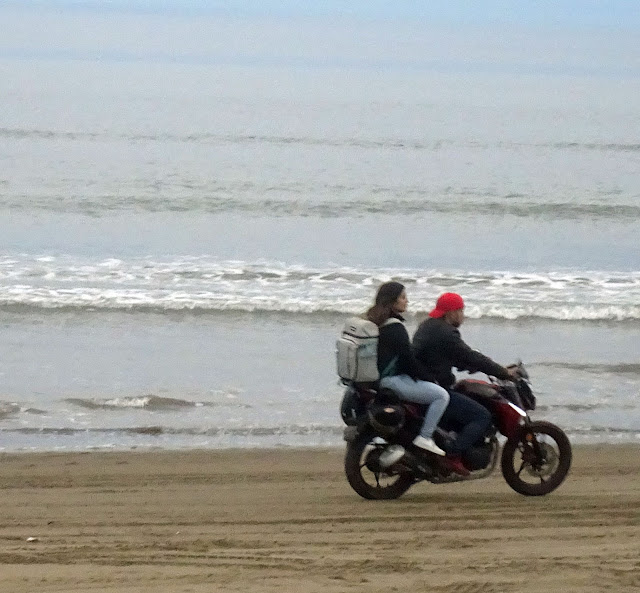 The buses fascinate me. How do the drivers see out the windows. This one doesn't have a girls name on it but does have Playboy bunnies. Just been noticing only the front of the bus is decorated. They are public transportation, not school buses. 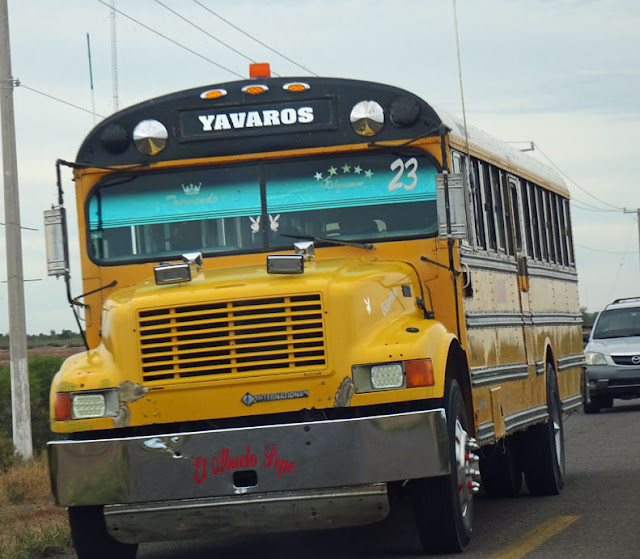 A little house that is being added to. They buy the bricks as they can and when they get enough they either build a house or add to it. 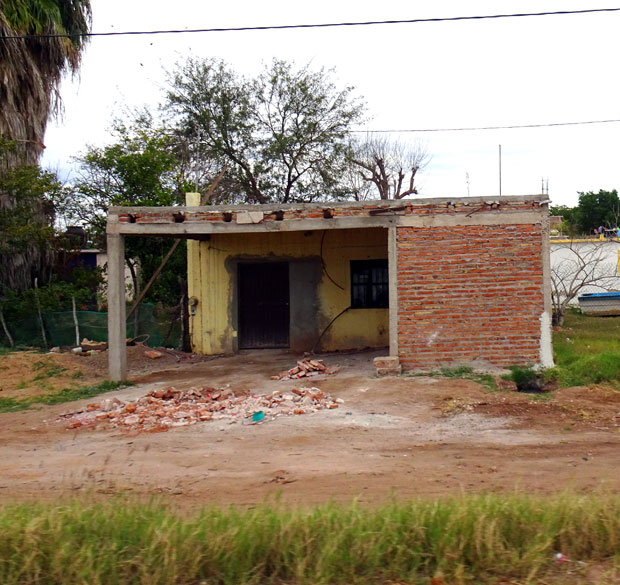 Picture doesn't do these bougainvilleas justice. They are a beautiful shade of lavander. 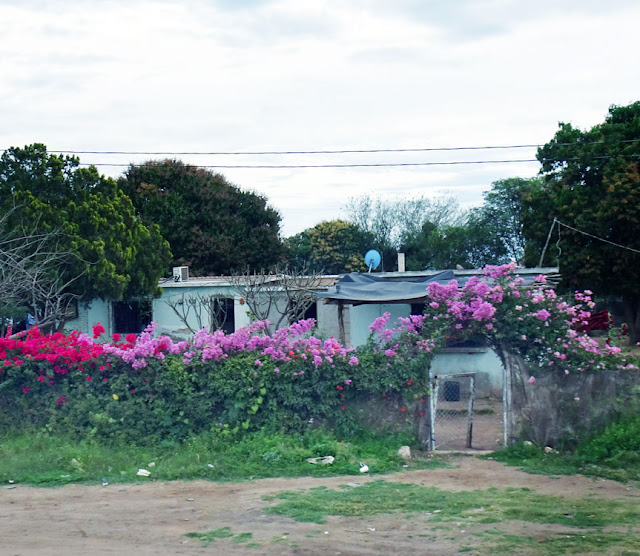 Two winter crops growing here the lighter green is winter wheat, the other one I don't know. More of the area around here is planted then ever before.  Probably chickpeas. 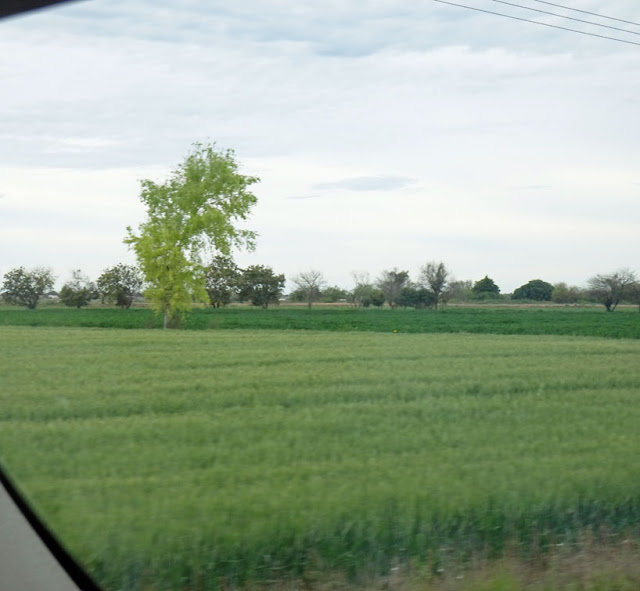 In town of Huatabampo again. Very old building just decaying. Got curious about when the town was founded - some info about the area    Jesuit missionaries arrived in the region around 1614, founding Huatabampo

The city and municipality derive their current name from the Mayo language, “willow by the water,” from the words “huata,” or willow, and “bampo,” water.The economy of Huatabampo is largely driven by agriculture, with crops such as chickpeas and a variety of fruits, vegetables and grains, as well as livestock production.  In addition, commercial fishing plays an important role in the local economy, as do related seafood processing industries. 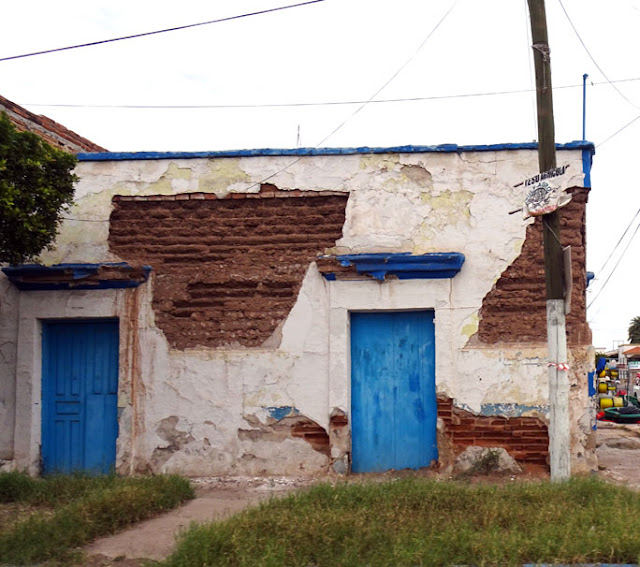 Interesting old building. Wonder what it was originally. Empty now. 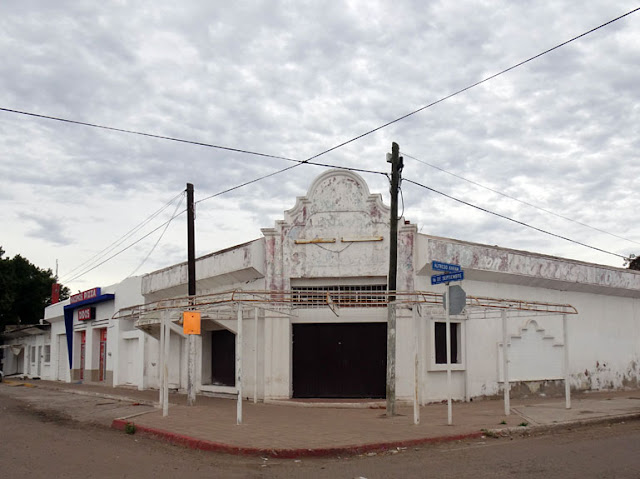 Bill took these one morning - The moon going down. 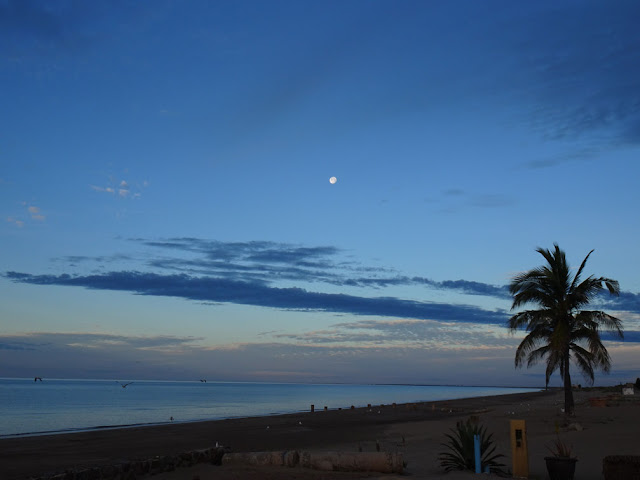 The sun coming up. Until yesterday the weather has been very cloudy and dreary. So the sunrises and sunsets have not been as spectacular as usual. 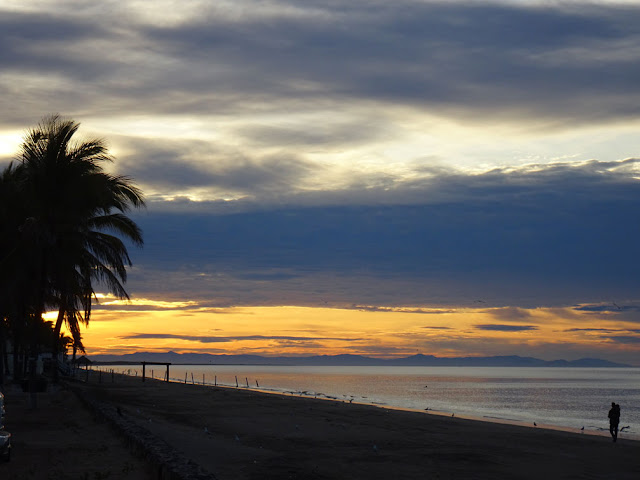 One day we took the dirt path that follows the irrigation canal around one of the little towns. Usually a lot of birds, but only saw a couple that day. 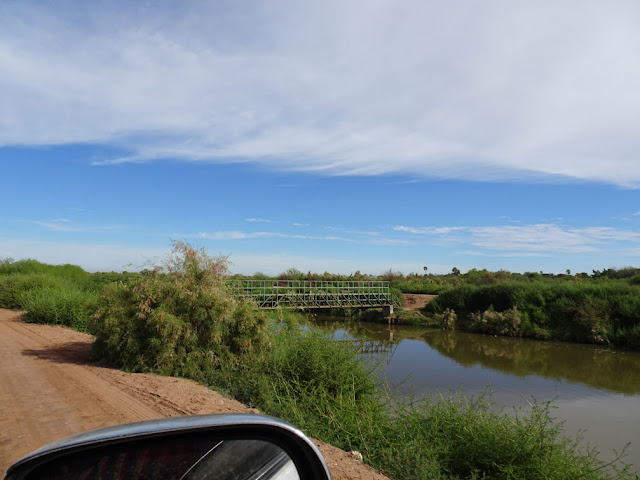 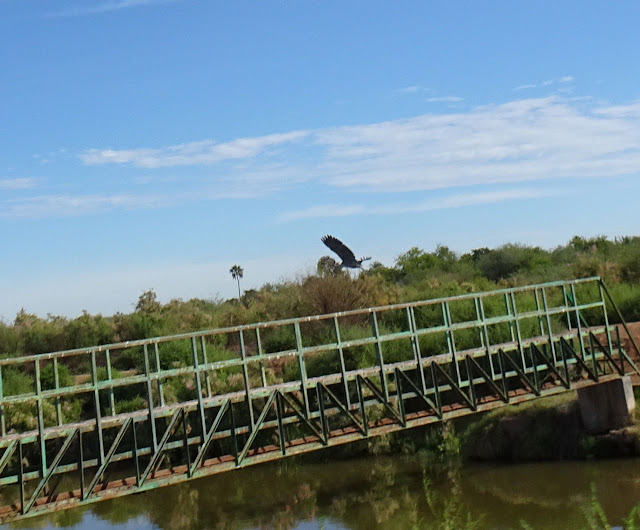 It is kind of a pretty drive through the scrub brush. 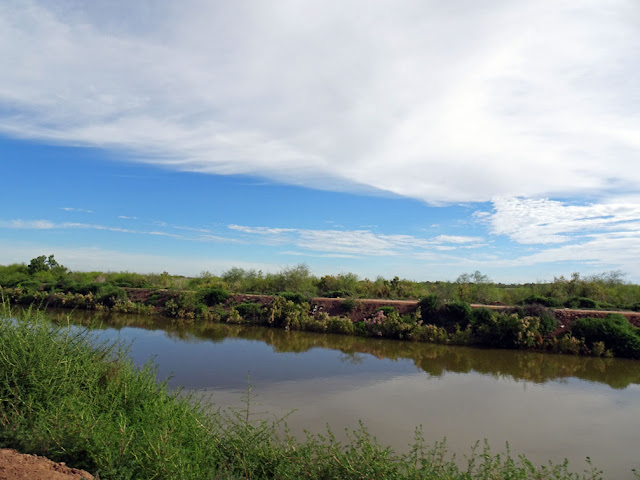 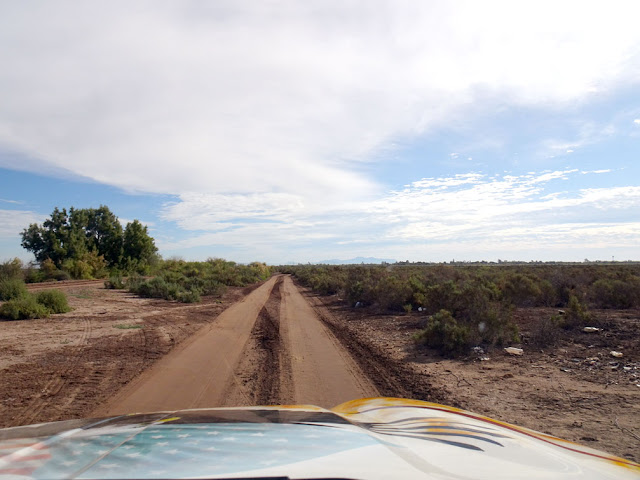 Back in town on yet another day. This was once a movie theater. Now empty. 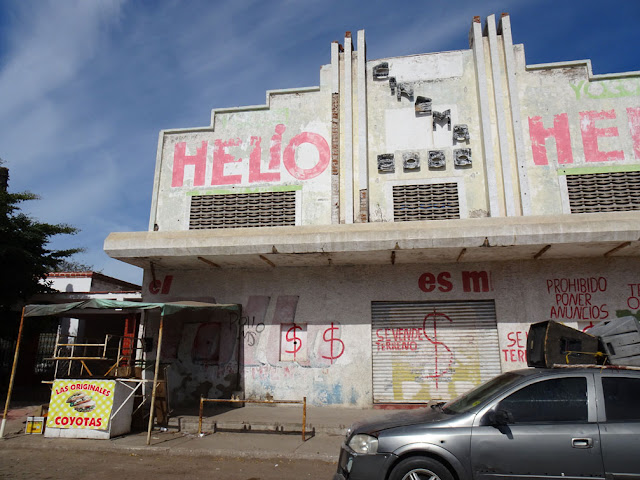 Just thought this building was interesting looking. With its concrete awnings. 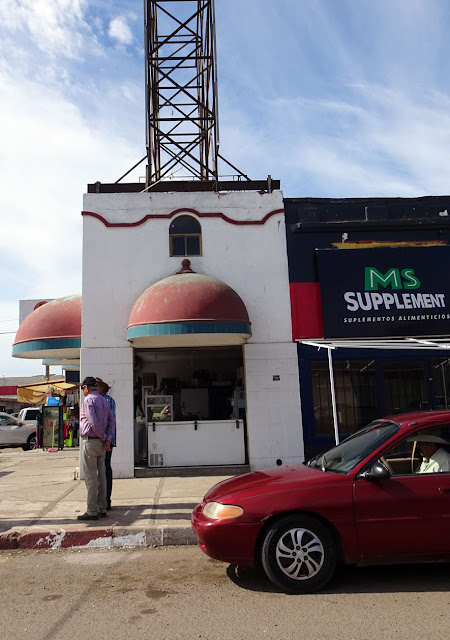 Just some of the stores along the main street. Purpua is a ladies sexy underwear store. 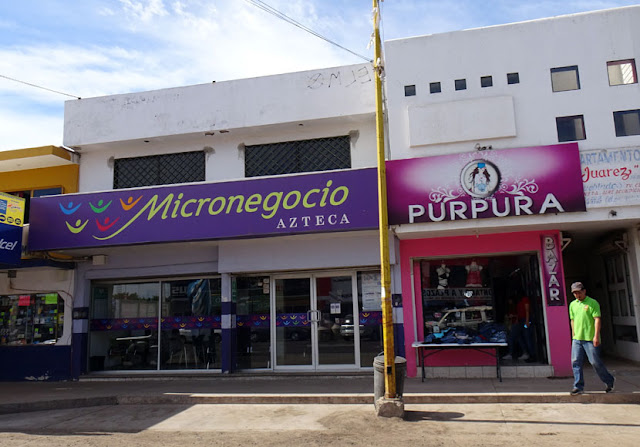 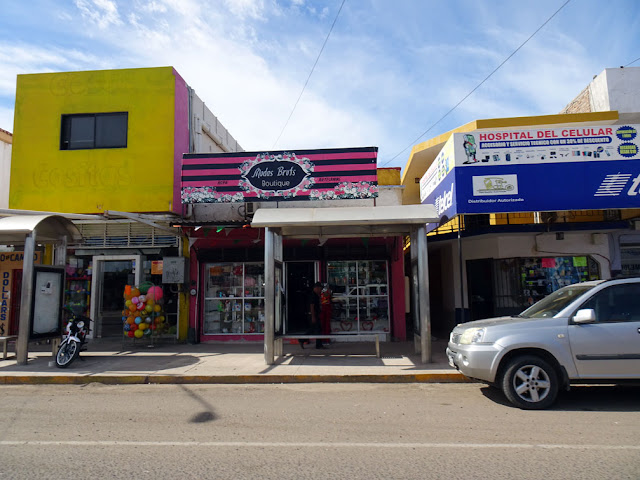 Vino Club, don't remember seeing it before but guess it has been here for a while. 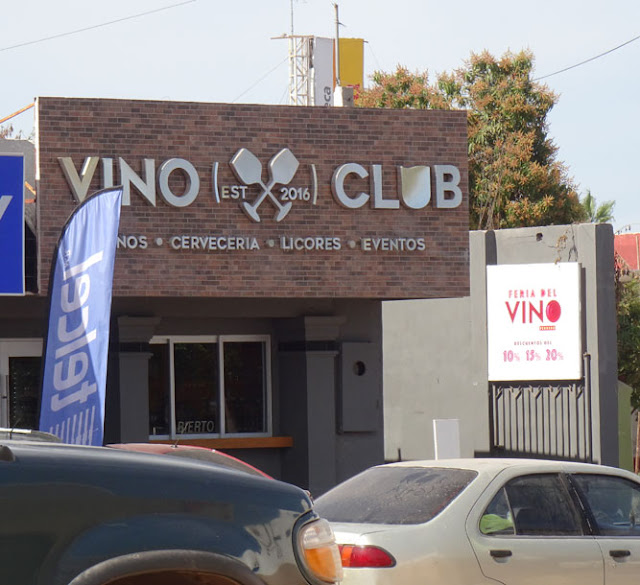 This is a cable television and internet place. 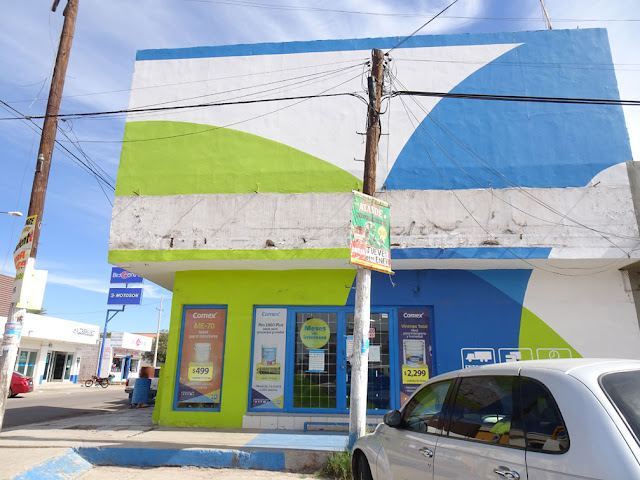 More of the young men who dress up during Lent. Did find a little about them. Click here to read more about it. The colors they wear have a significance. 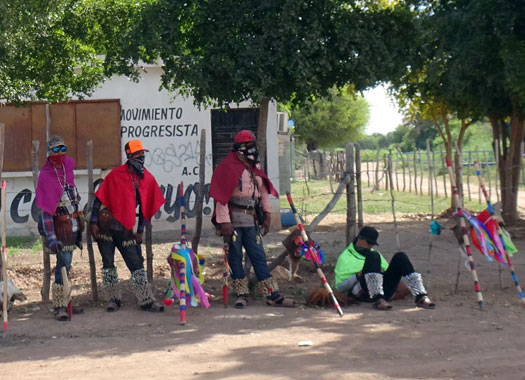 A second group, they are wearing blue. 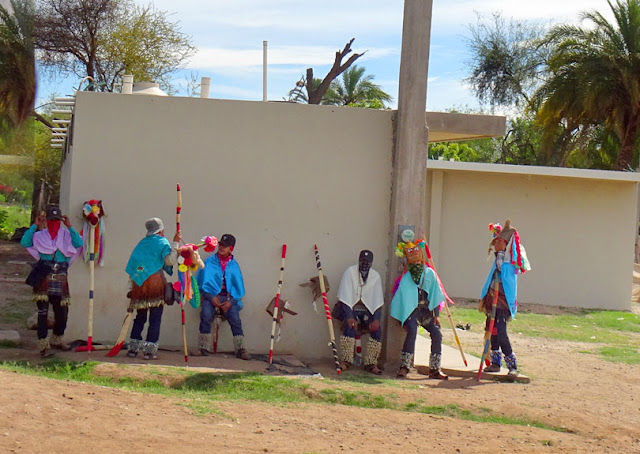 I post about this house a lot. Over many years we have watched it being built. The first years they were gathering the bricks to build it. Then the home was built, eventually it was stuccoed and painted. Then the fence was added. And since we were here last in 2018 they have added a carport on the right. It is still raw brick. 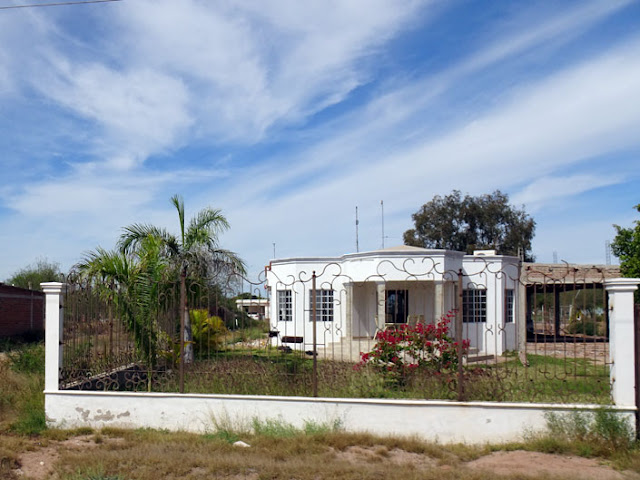 Driving into town we saw this crop duster over the field next to the road.. Slowed down to watch him, then he was out of sight. 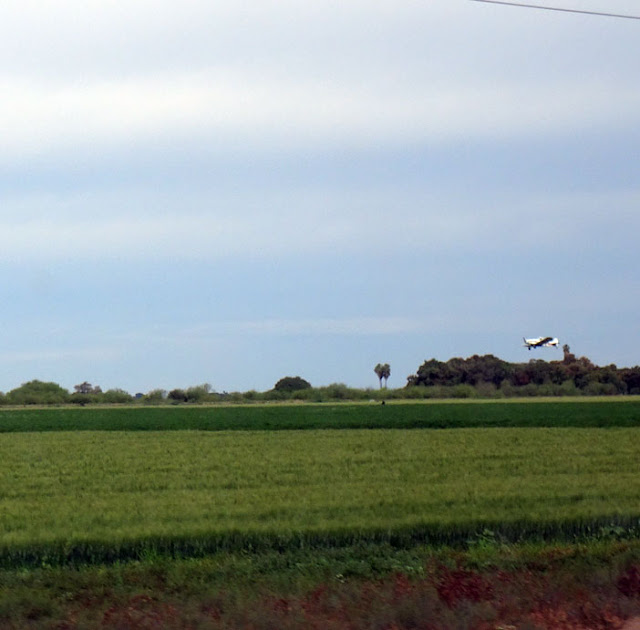 Then we heard a ROAR coming from behind us. Up close and personal with insecticide. Stinks. 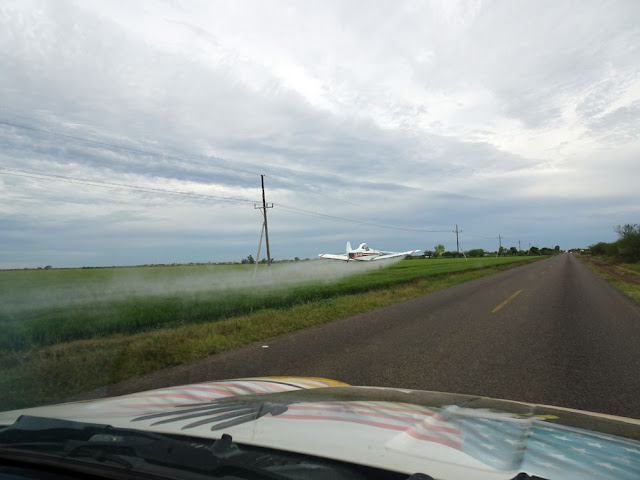 Watching crop dusters always intrigues me. Wonder what their life expectancy is? He was about three feet off the ground. 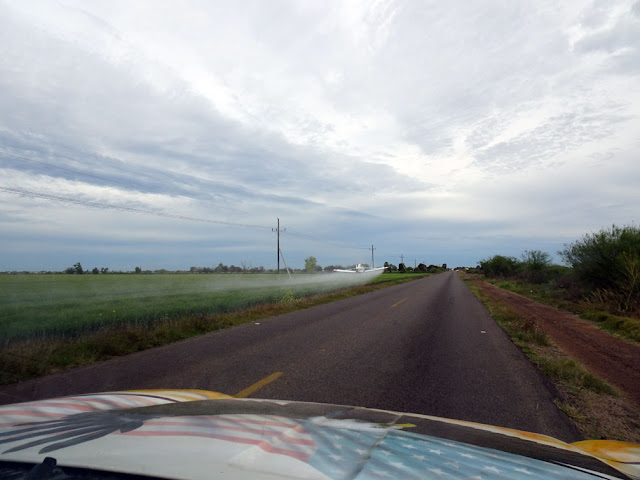 Enough rambling for today. We are not walking through the town or going to the outdoor markets. Try to stay healthy.
All Facebook is about is the virus - so much conflicting information. I am already thinking about how we'll go to the market to resupply when we get home. Early in the a.m. or at midnight? Should we try delivery? Will the market have what we want and need? Trying to just remain calm and careful. But in the back of my mind I keep hearing BUT you are over 80!
Posted by Carol and Bill at 3:42 PM

Walmarts are closing all their stores at 11pm I think...no more 24 hours until this virus thing subsides.

that is what we found out today here in Green Valley, AZ Luckily I called them - they now open at 6 a.m.
got there 6:15 parking lot was full.shelves empty.