Some drone videos from Yavaros. This one shows almost the whole town and the harbor.

This one starts where the first on ends. In this one you can see the hulks of the boats that sunk in the harbor. For some reason when they were taking the wrecks out they couldn't get these out.


Not going to write too much as we are now parked in a truck stop just north of San Carlos. 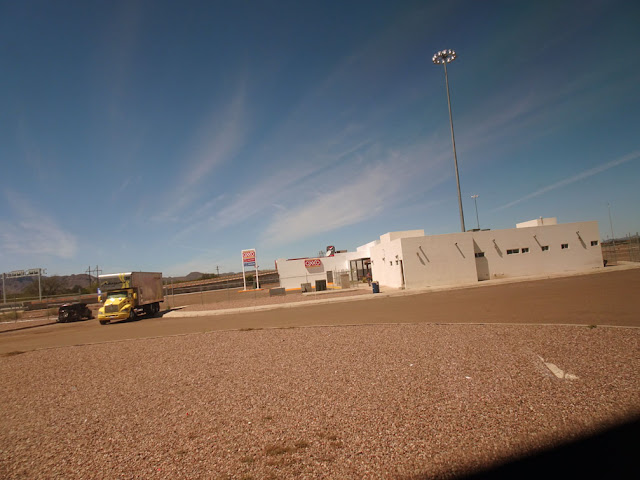 And the TelCel MiFi is a little slow. Goodbye Huatabampito. I won't get to spell your name again until next year. 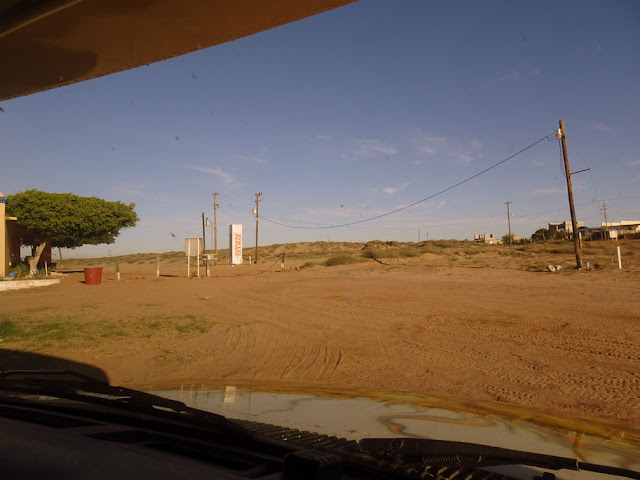 We left Huatabampito at 8:30 - actually we left the gas station - where gasoline was only 17.00 pesos a liter so we filled up. Exchange rate is now at a high of 21.79 for one US dollar.
Looks like these guys had a good morning collecting cans. 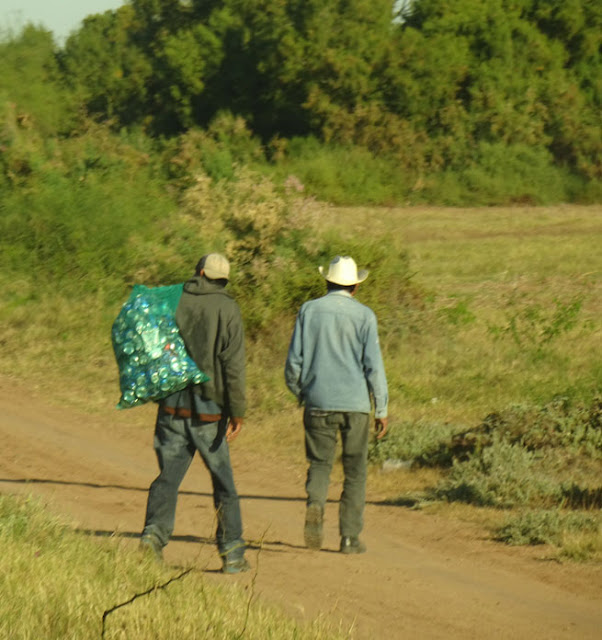 Been trying to take a picture of these pretty flowers since we've been here. 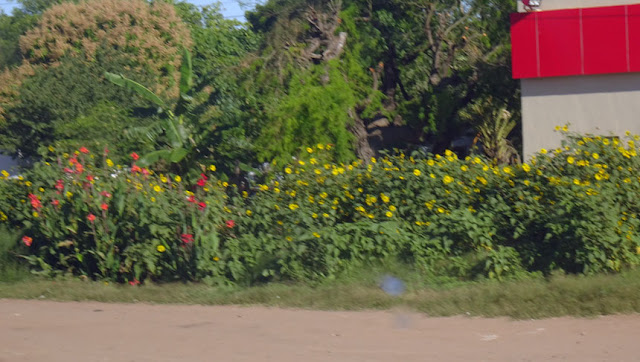 Painting the curbs with paint on a rag. 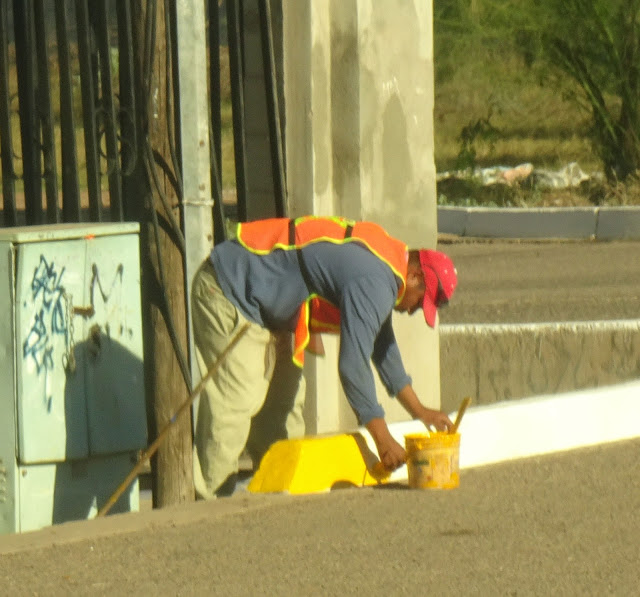 The road was mostly good. Bacon in the makin. 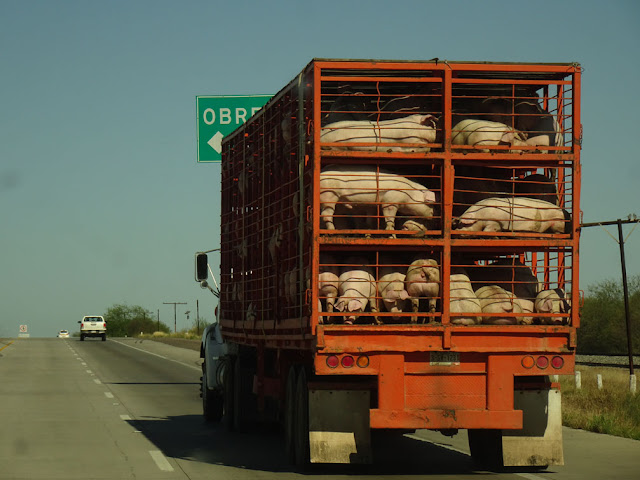 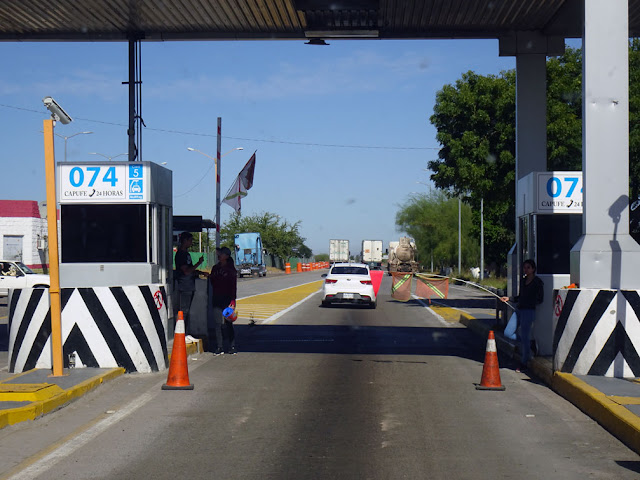 The only official toll booth open was the one on the Obregon Bypass. 328 pesos for RV and car. The bypass on ramp is well marked  but a little hinky in construction. 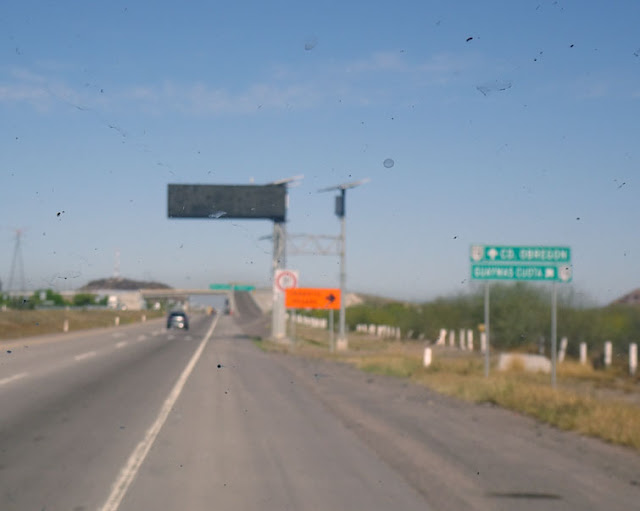 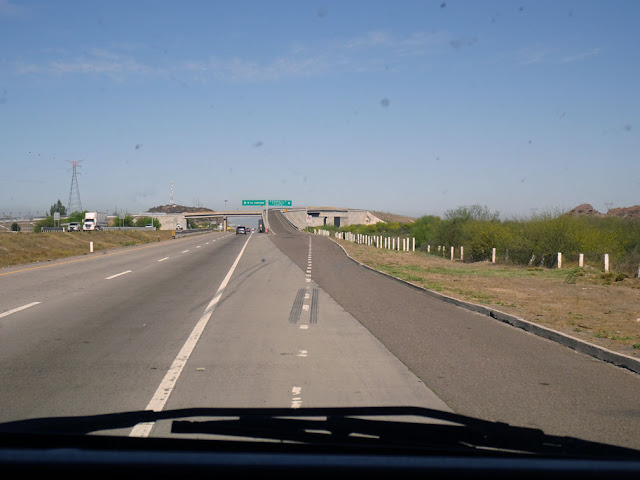 Except for the area through the little Yaqui town of Vicam. 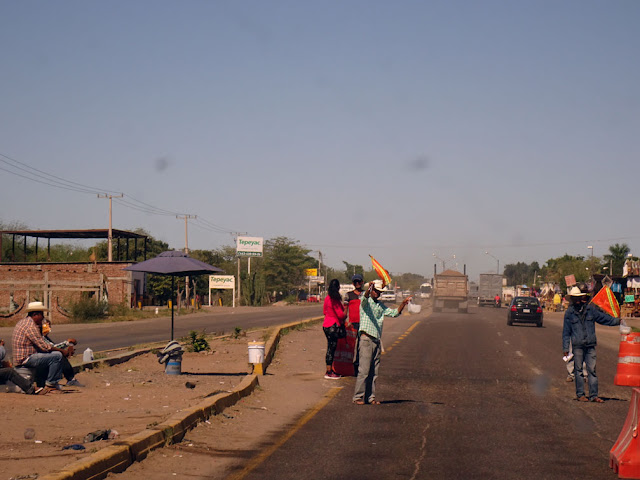 Did not want to be behind him going over the tope. 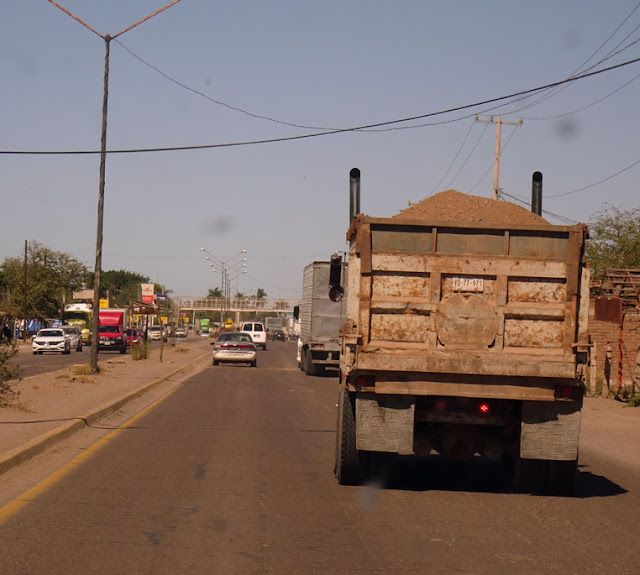 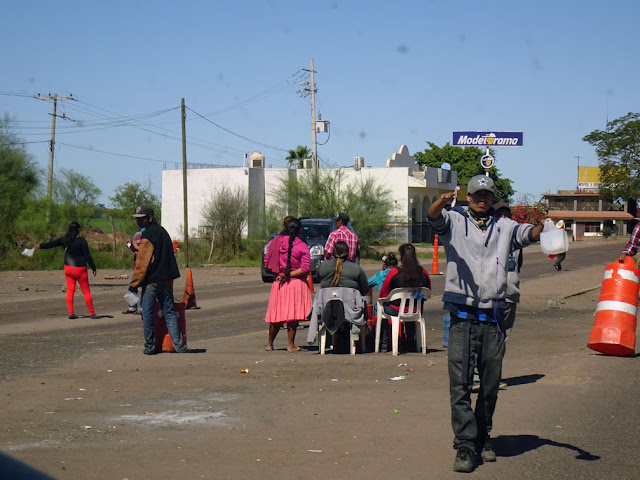 They were "asking"  by standing in front of your vehicle - for donations of 15 pesos at both ends of town. We donated. They should pay us to drive that stretch of road. Also has a gazillion topes.
Just up the road a piece at another little town they were also asking for donations. No one was stopping for them.
When you get to the part of the highway that bypasses Guaymas. Slow down the road up over the bridge is rough. 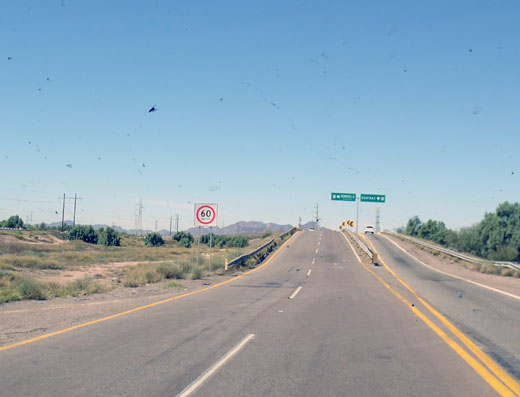 We did 157 miles and got here to the gas station around 11:30. We did see one Federal Police officer with a radar gun checking speeds just after the Obregon Bypass.
Thought about going on to Amado, AZ but decided we just didn't want to do the extra almost 300 miles.
An uneventful driving day. The kind we like. Tonight I need to gather up our paper work for the border. Tomorrow we'll be thinking in dollars, pounds and miles again.