Had a heck of a storm here last night. Could hear thunder for about a half hour then it started to rain. Wind came up and the rain got really heavy. Lots of lightning and thunder. In fact the rain was so heavy I thought it must be hail. So opened the door to check, nope just a whole lot of rain. Lasted about ½ hour. Then it really cooled down. This morning it was cool with bright sunny sky. So we headed out about 8:30. 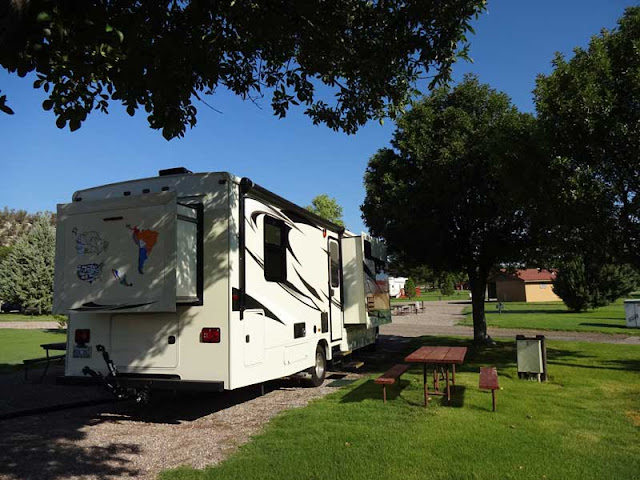 Went to breakfast at Denny’s in Camp Verde. Cool Kokopelli– sign on the base says it is the largest in the world… 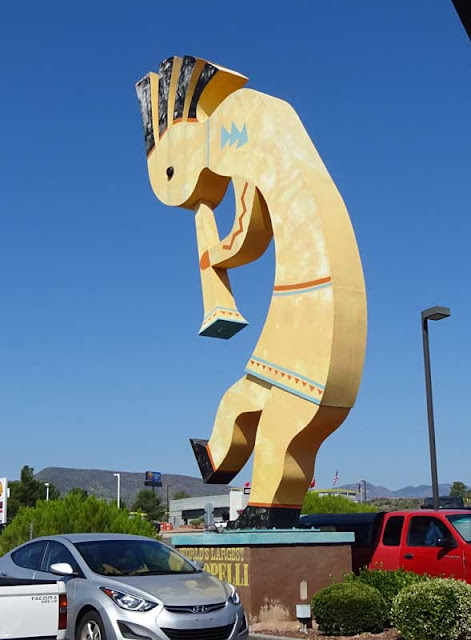 Then we drove over to Montezuma’s Castle National Monument. 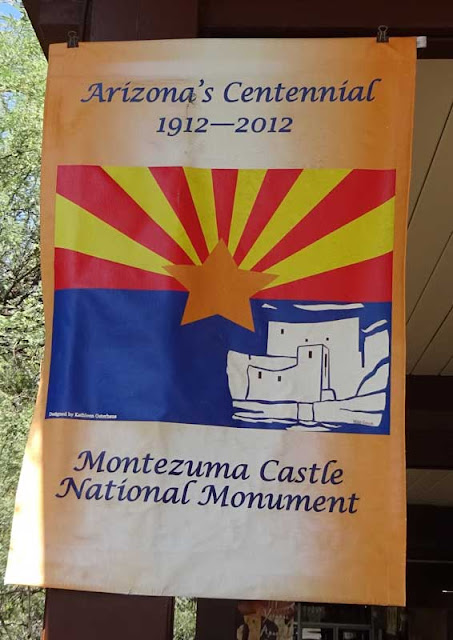 Been there many times before in the spring and fall, but never during the summer. Thank goodness Teddy Roosevelt had the foresight to save these lands. 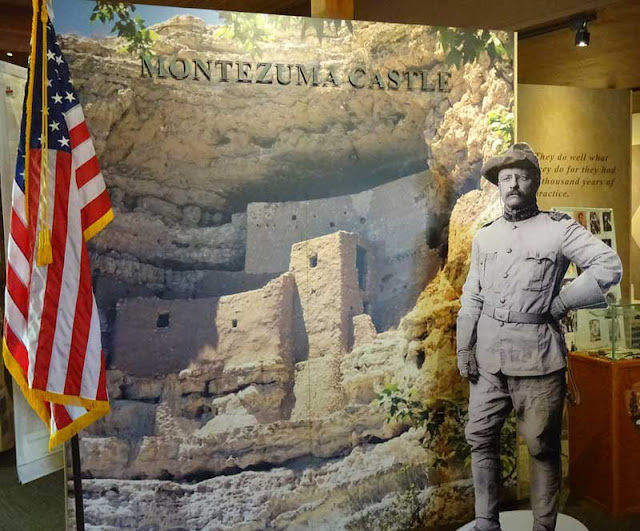 Who lived here when. 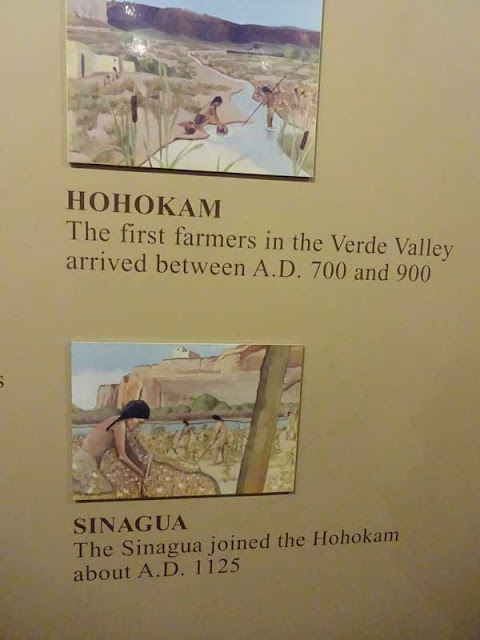 The dwelling. Way up there on the rock. By 1150 the Southern Sinagua began building large pueblos, often on hilltops or in cliff alcoves. 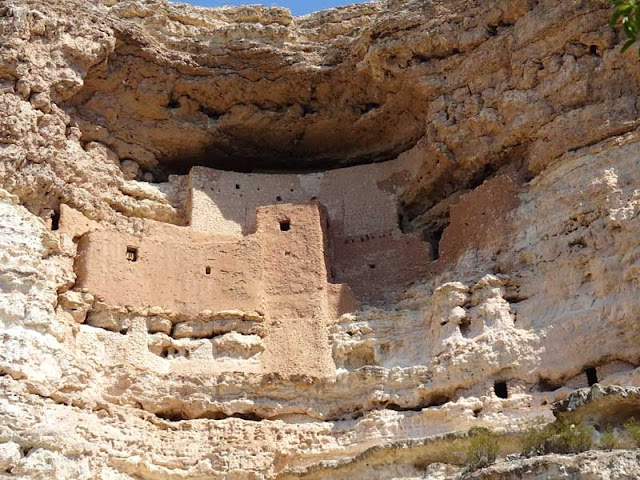 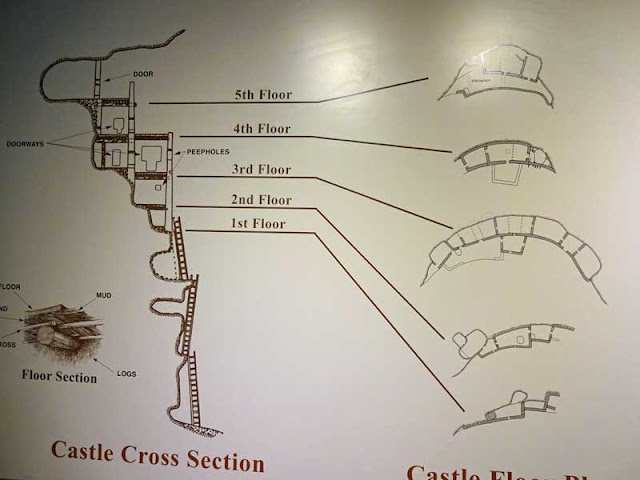 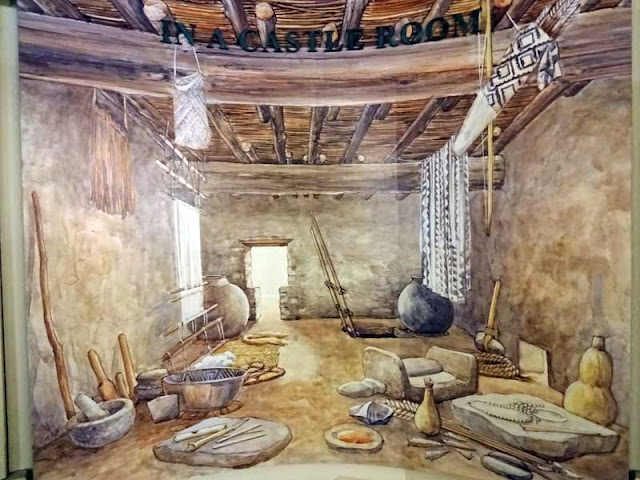 Closer looks at different parts of the dwelling. One of the entrances with a block wall. 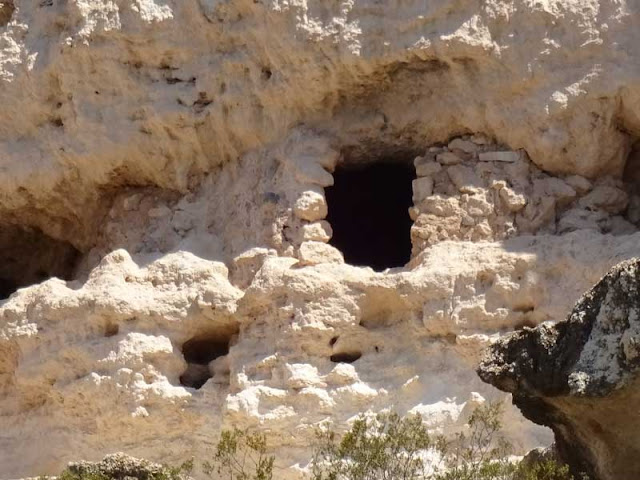 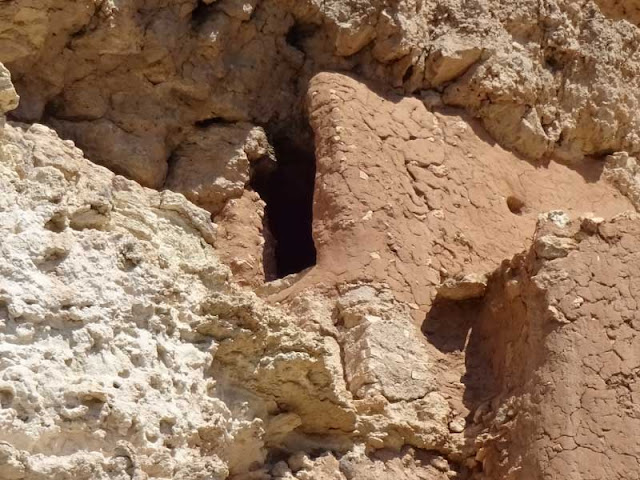 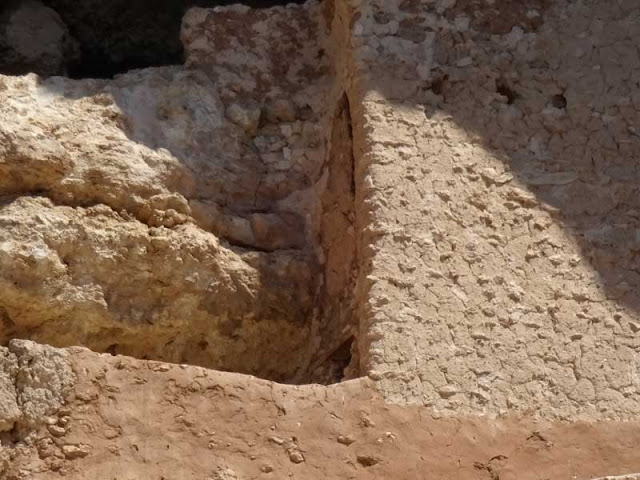 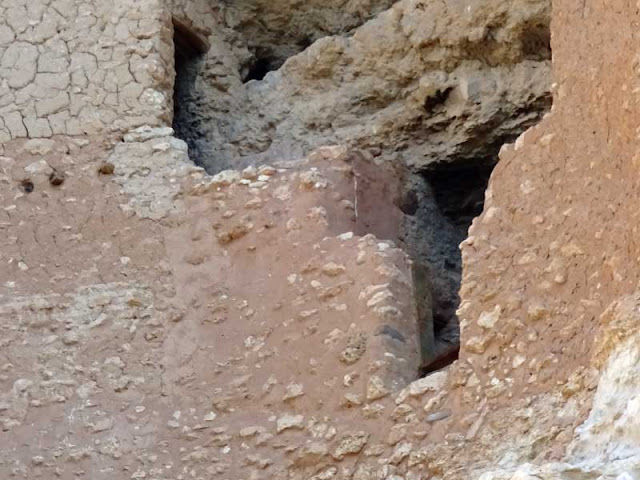 Looking in a window. 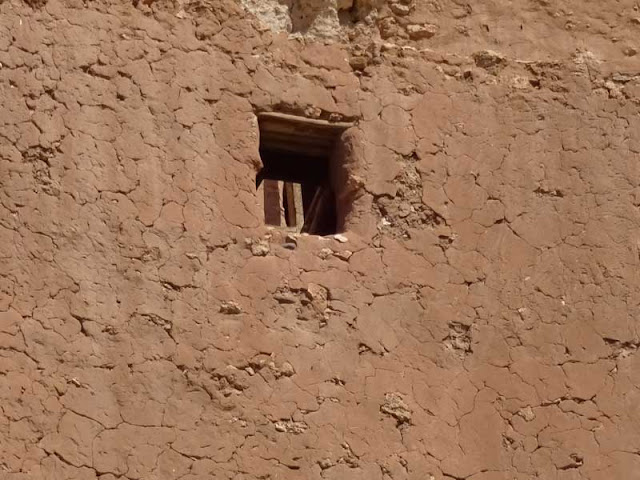 There is a second building just down the path. It too had many rooms. Some information on it. 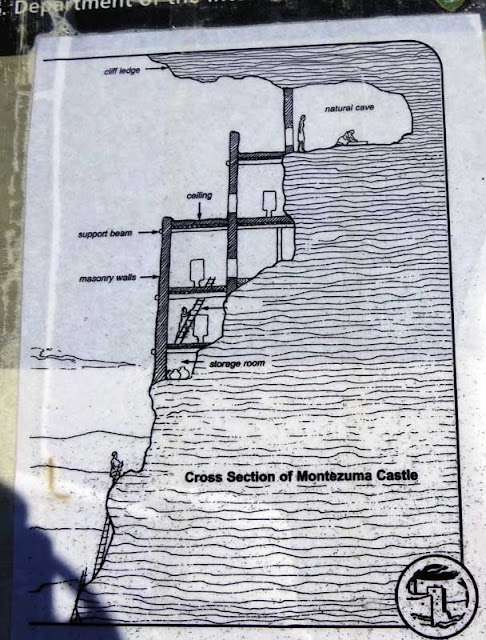 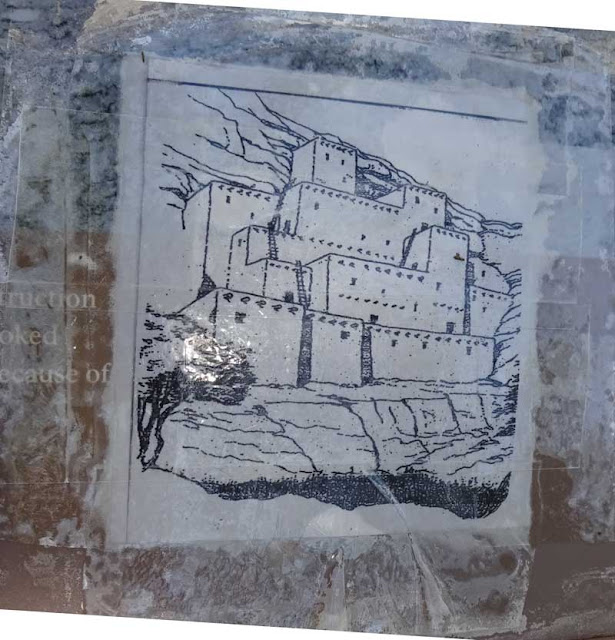 Looking at the cliff and what is left of the pueblo. 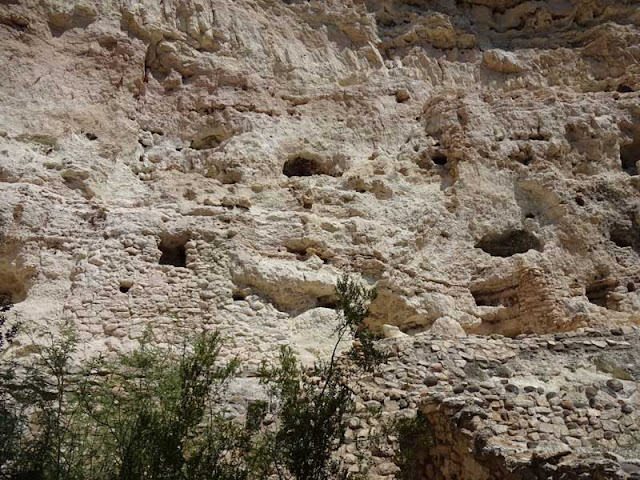 A closer look at one of the doors. 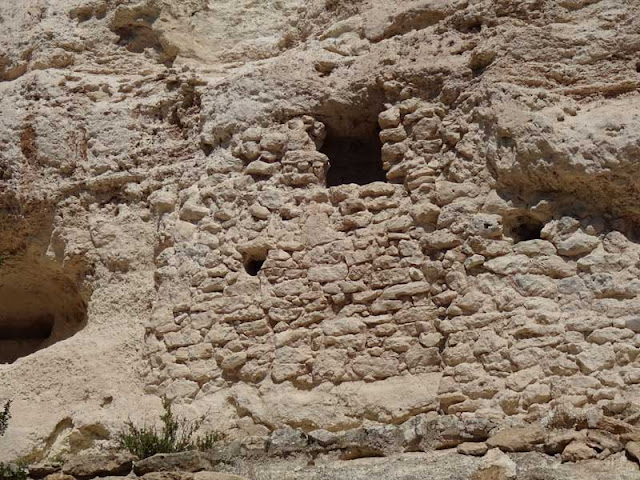 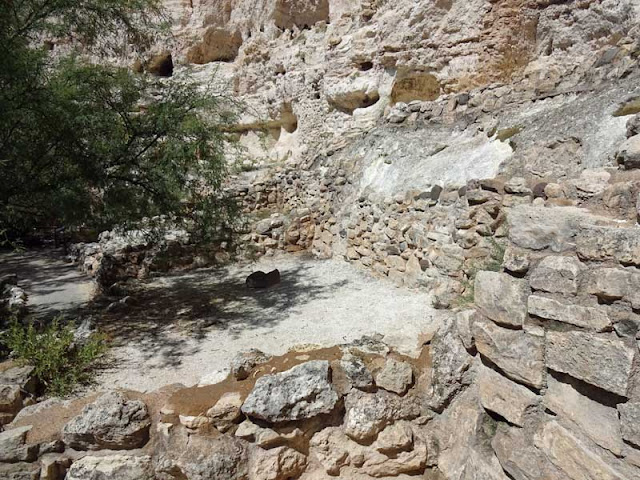 Three o'clock in the afternoon and there is thunder and heavy rain again. The weather radio is going off with warnings. Every afternoon...Another look at Castle A 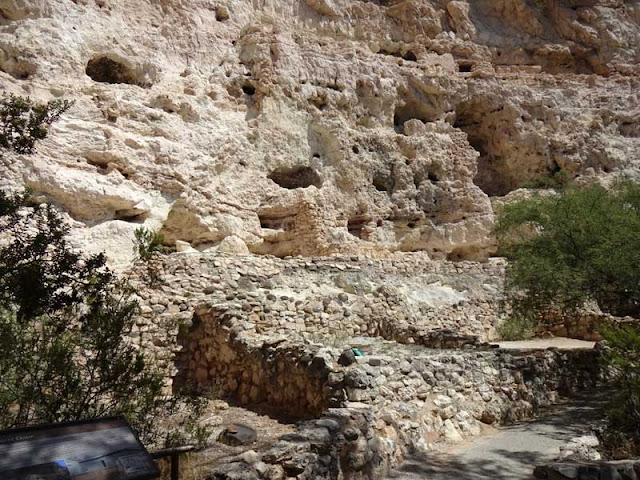 The river that gives the valley life. 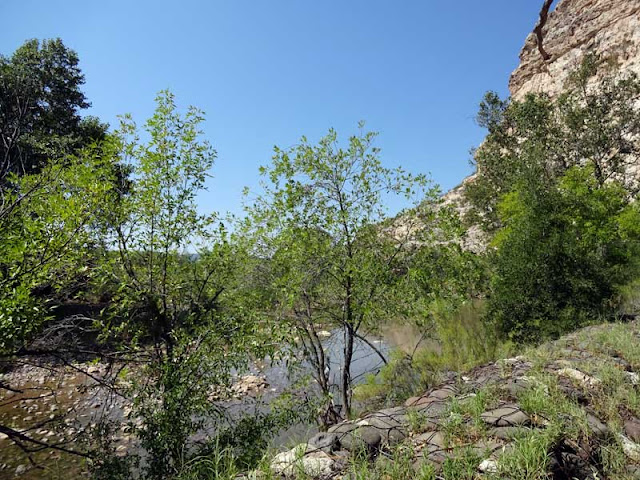 A diorama of the castle. 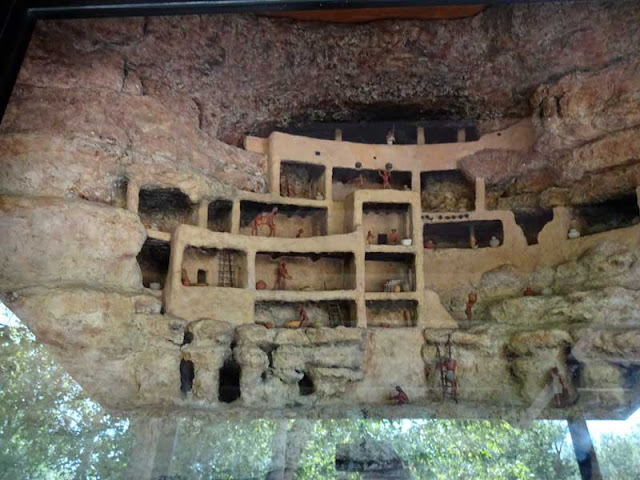 After visiting Montezuma's Castle we drove a little further north to Montezuma Well. 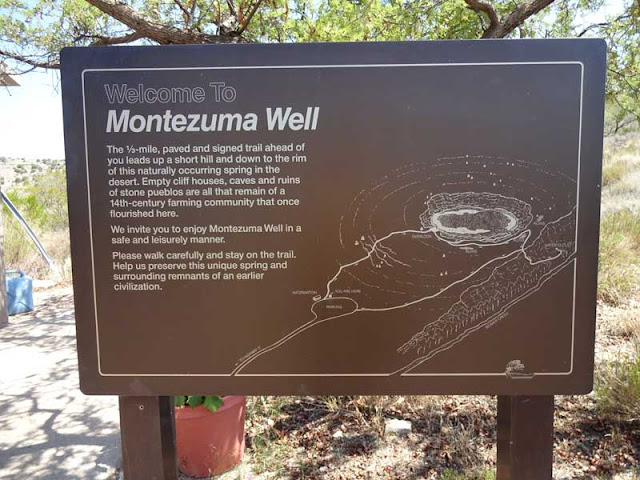 The dwelling built into the side of the well. 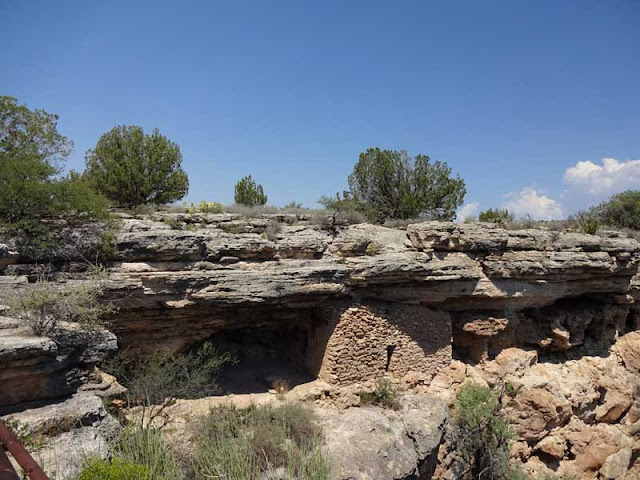 Looking down into the water/well. The well contains over 15 million gallons of water. 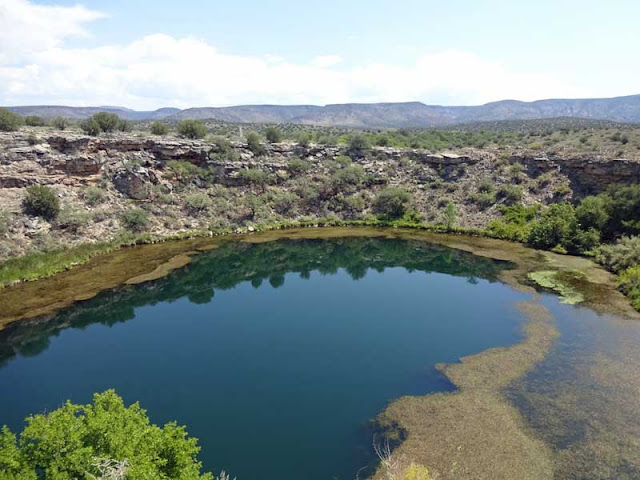 A closer look at the dwellings. 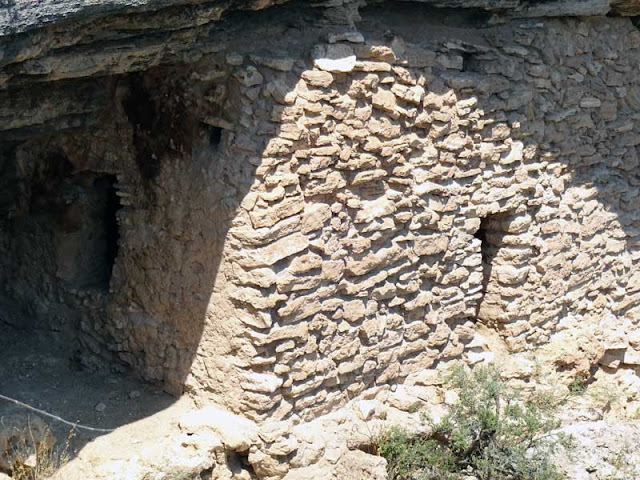 Looking at the dwellings from the other side of the well. 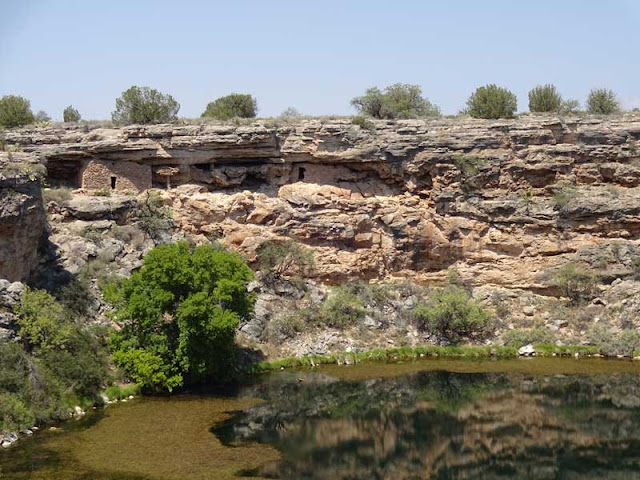 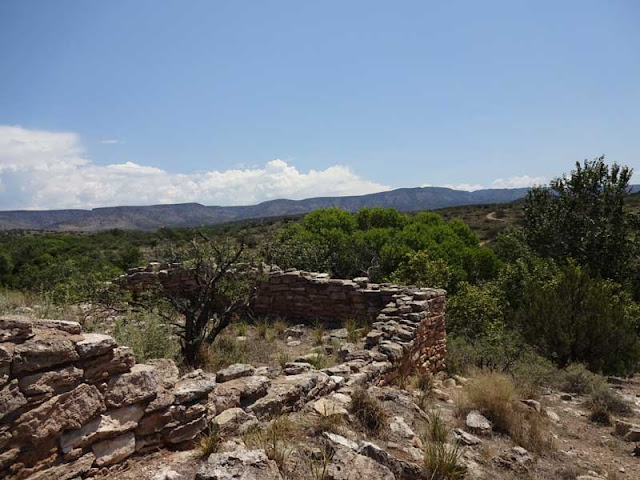 By the time we headed home the clouds were starting to build. 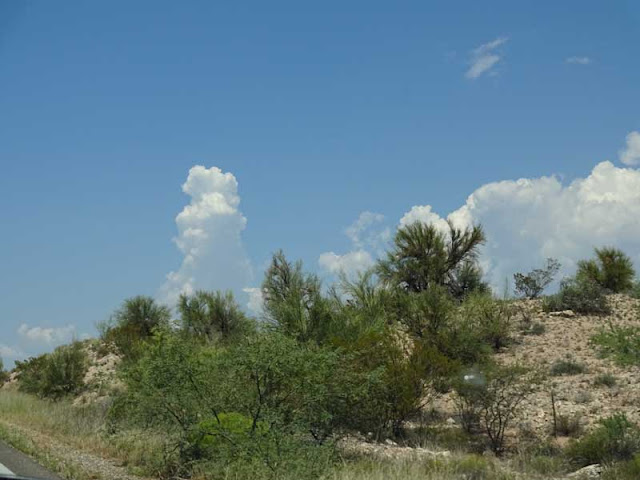 So we had a busy morning and another wet afternoon. At least it cools down every time it rains. Tomorrow another adventure.
Posted by Carol and Bill at 8:29 PM

Loved the photos of Montezuma Castle - it is a marvel.

We enjoy going there - National Monument so it is free too.